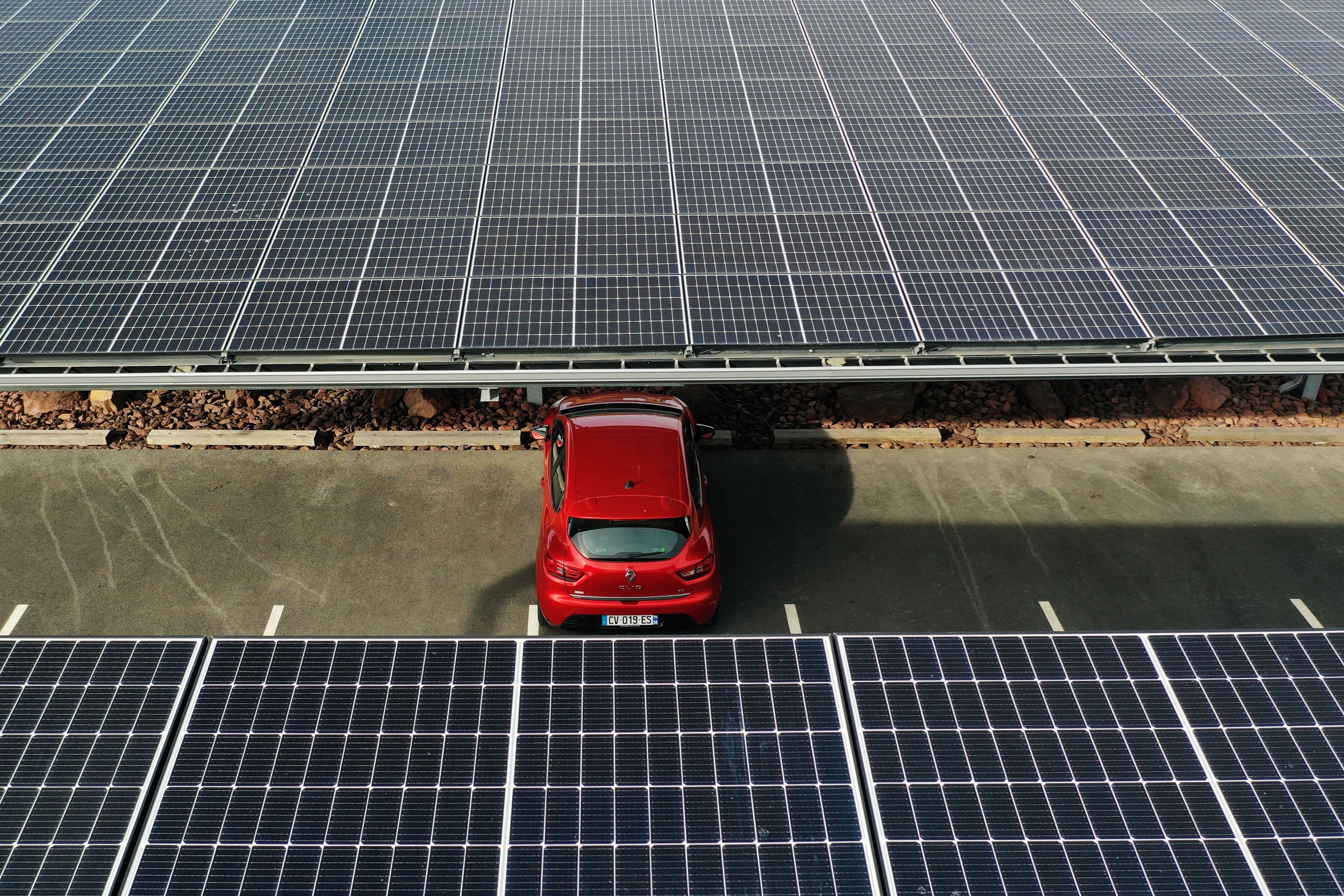 A backlash against industrial-size solar farms is brewing. At least 75 big solar projects were vetoed across the United States last year, compared to 19 in 2021. And between January 2021 and July 2022, planning permission for 23 new solar farms was rejected across England, Wales, and Scotland, when only four projects were refused between 2017 and 2020—representing the highest rejection rate in five years. Decarbonization, to some extent, risks getting bogged down by planning objections. People very often don’t want solar farms in their backyard.

France, though, appears to have a solution: transforming its parking lots into solar farms nationwide. The French Senate has approved a bill requiring new and existing lots with more than 80 spaces to be at least half covered with canopies of solar panels that sit over the parking spaces. Assuming the bill comes into effect later this year, parking lots with more than 400 spaces must be compliant by 2026; smaller ones with 80 to 400 spaces will be given until 2028.

Because they’re in abundance and cover large areas, parking lots are obvious candidates for doubling up as solar arrays. But that’s only part of the potential benefit. It makes sense aesthetically and logistically too—mass parking tends to be right next to energy-hungry urban areas, and it’s hard to make a vast asphalt lot any uglier. It’s a “no-brainer solution to providing clean electricity without wasting space,” says Joshua Pearce, professor of electrical and computer engineering at the University of Western Ontario.

Solar panels need a lot of space to generate meaningful electricity, so the popular strategy up until now has been to spread vast quantities of photovoltaics across sparsely populated, undeveloped regions. Land there is cheaper, there are fewer locals nearby to object, and panels in such setups are easier to manage. There is a cost though: Rural solar farms crowd out other land uses, including agriculture, and can have deleterious impacts on local ecosystems. The 2,300-acre Aratina Solar Project being built near Boron, California, for instance, will destroy 4,276 western Joshua trees during construction.

So there’s real appeal to installing photovoltaics closer to urban areas—if you can do so without encountering resistance. And a promising strategy is to look for spaces in urban spaces themselves. From rooftops and vacant lands to industrial sites and airports, there are spaces in and around every town and city that could in theory house solar panels. A 2015 study concluded that within California’s cities and other developed areas, there’s sufficient solar development potential to power the state three to five times over. Germany, meanwhile, has introduced tax breaks for anyone using rooftop photovoltaics. “In order to address the climate crisis, we need to install all the solar we can, and some of this needs to be multifunctional, meaning not simply using the land for producing power,” says Alex Nathanson, founder of Solar Power for Artists, a design studio and education platform for solar power.