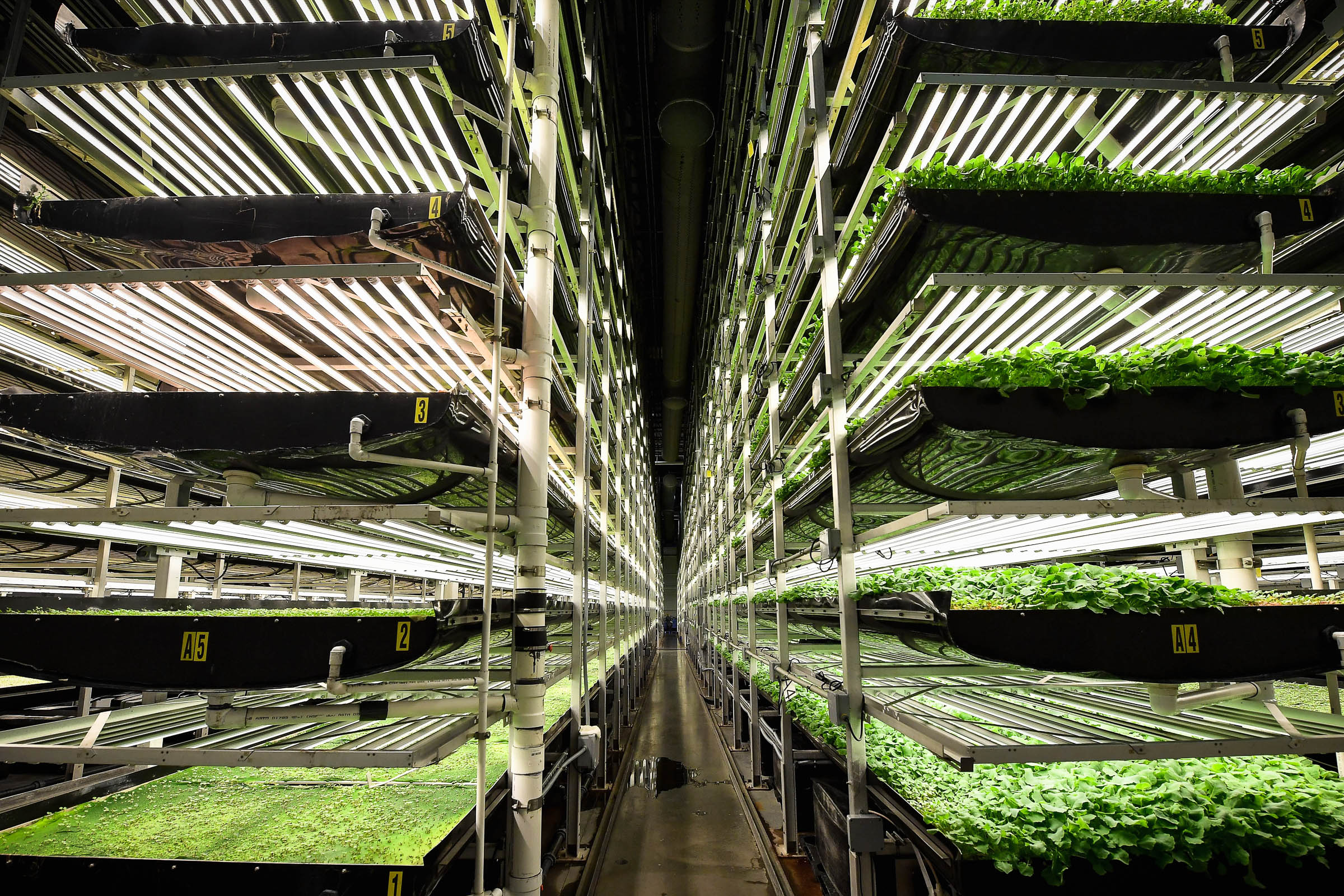 In June, a vast new vertical farm opened on the outskirts of the English town Bedford. At a swanky opening event, members of the UK Parliament heard that the gleaming facility would one day produce 20 million plants annually. It was the latest opening for Infarm, a European vertical farming company that had raised over $600 million in venture capital funding, promising a future where vegetables are grown in high-tech warehouses stacked with LED lights rather than in open fields or greenhouses.

But now the future of the Bedford farm looks less than gleaming. On November 29, Infarm’s founders emailed its workforce to announce they were laying off “around 500 employees”—more than half of the workforce. The email detailed the firm’s plans to downsize its operations in the UK, France, and the Netherlands, and concentrate on countries where it had stronger links to retailers and a higher chance of eventually turning a profit. In September, Infarm had already laid off 50 employees, citing a need to reduce operating costs and focus on profitability.

Just six months ago, the vibe from Europe’s biggest vertical farm company was unrelentingly optimistic, so what changed? According to Cindy van Rijswick, a strategist at the Dutch research firm RaboResearch, several pressures that have always existed for vertical farms have really come to a head in 2022. For starters, the industry is extremely vulnerable to increases in electricity prices. Powering all of those plant-growing LEDs uses a lot of electricity, and between December 2020 and July 2022 consumer energy prices in the EU went up by nearly 58 percent. Eighteen months ago, European vertical farms might have spent around 25 percent of their operational costs on electricity, but that might have gone up to around 40 percent, estimates van Rijswick.

At the same time, investors are starting to tighten their belts and look for faster routes to profitability. Vertical farms are expensive to build compared with conventional outdoor farms. AppHarvest—a US-based firm that builds high-tech greenhouses—has struggled to find enough cash to fund its ongoing operations despite going public in 2021. In its latest quarterly report the company said there is “substantial doubt” about its ability to continue into the future.

The poor global financial outlook is also putting pressure on consumers. Most vertical farms grow herbs, shoots, and other leafy salad vegetables. Leafy greens are the industry’s go-to produce because they grow quickly under LEDs and have a short shelf life and premium price point. But with inflation high, consumers might prefer to forgo expensive vertically farmed herbs for something a little more budget-friendly. That’s particularly true for European vertical farms. “The European market is a difficult place for vertical farming because there’s so much competition from crops that are grown in fields or greenhouses,” says van Rijswick.

Vertical farms might stand a better chance of surviving if they look further afield, to countries where energy is cheap and growing crops outside is difficult. One obvious place is the Middle East. Gulf Cooperation Council countries—a group made up of Saudi Arabia, Bahrain, Kuwait, Oman, Qatar, and the United Arab Emirates—import around 85 percent of all their food and 56 percent of their vegetables. “When choosing new markets to expand to and establish a farm, we are going to look to places that have an increasing need for food production and food security,” Infarm founder Erez Galonska told the Vertical Farming Congress in Abu Dhabi on December 14. One of the world’s largest vertical farms opened earlier this year in Dubai. The facility is nearly three times the size of Infarm’s Bedford growing center and supplies leafy greens for the Emirates airline and local stores.

Outside of the Middle East, vertical farms might have a tougher time making themselves useful. In 2020, Ben Pieterse cofounded a vertical farm startup called Glowfarms. He managed to raise €750,000 ($799,000)—enough to build a proof-of-concept farm in the Netherlands. But while Pieterse was subsequently trying to raise €5 million ($5.3 million) for a commercial-scale pilot farm, the energy crisis started to bite. Initially he budgeted €0.07 per kilowatt-hour (kWh) for electricity costs, but as prices kept rising he had to revise his estimates to €0.40 per kWh. His attempts to raise money started to fall through, and in early November he shuttered the startup. “Right now the circumstances are very bad for vertical farms,” he says.