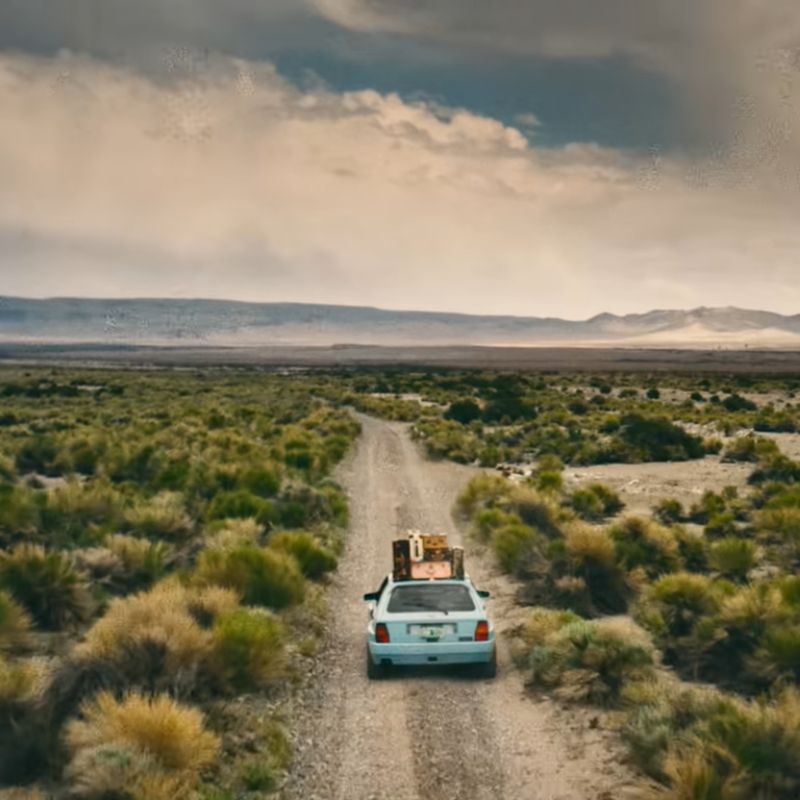 A curated playlist featuring the perfect soundtracks for your summer escapades, courtesy Grammys 2022.

An indispensable aspect of a road-trip itinerary, in addition to identifying attractions along the way and pit stops to refuel, is the travel playlist. In fact, considering how the journey is more important than the destination, queuing up the right lineup of tracks to sing along to can make or break your time on the road. Seasoned wanderers often struggle with having already overplayed their favourite tracks on Spotify or exhausted the set of pre-made playlists on music-streaming platforms. That’s where the Grammys come in.

Spanning a range of tracks from across the globe and tapping into genres like rap, pop, and rock, the awards ceremony has offered a fresh set of tunes that will have you head-bobbing as you shift into fifth gear. Here’s a roundup of songs, both winners and nominees at Grammys 2022, that you should add to your travel playlist.

Crank your engines to this travel playlist inspired by Grammys 2022

Pop sensation Olivia Rodrigo’s breakout single ‘Driver’s Licence’ won her the Grammy for Best Pop Solo Performance this year. The track is a mid-tempo ballad about getting a driver’s licence and seeing the singer behind the wheel as she revisits her past relationship through locations around her neighbourhood. The heartbreak anthem catapulted to the top of every global chart, in part due to its catchy tune and heartfelt lyrics as well as a little push from TikTok trends. It also broke the record for the most-streamed song on Spotify in 2021.

This track by American rapper Tyler, The Creator is a smashing hit from his album ‘Call Me If You Get Lost’, which won the Best Rap Album award at the Grammys. The track is reminiscent of 90s RnB music and features Tyler serenading a woman he becomes infatuated with on a road trip. Escapist lyrics combined with a groovy beat make this perfect for a cruise down the road with the rapper saying, “You pick a spot, I pick a tail number, and we can be tourists. Let’s go to Cannes and watch a couple of indie movies that you never heard of.”

Adding a bit of funk to this playlist is the winner of this year’s Song of the Year, titled Leave The Door Open by Silk Sonic, a band that features pop singer Bruno Mars as well as musicians Anderson .Paak and Bootsy Collins. The track calls back to the 70s and has a laid back vibe to it. In addition to the vintage RnB sound and playful lyrics, the pitch-perfect vocals made the song a TikTok sensation. This is that one essential feel-good track that every travel playlist needs.

The most-awarded American band in Grammy history, rock ensemble Foo Fighters, won the Best Rock Performance award for this funky, upbeat track. This is the opening track on their album ‘Medicine at Midnight’. Quintessential rock gravelly vocals meet punchy tunes and a catchy chorus in this song that’s well on its way to being a summer anthem. The song seemingly alludes to embarking on an exciting journey or starting something new. All these factors combined make it a deserving feature on this playlist.

All Eyes On Me: Bo Burnham

The winner of the Best Written Song for Visual Media, this track by Bo Burnham is a soothing yet powerful track that alludes to internet culture and the wave of mental health disorders that have come up over the course of the pandemic.

Despite the allusion to depression and the existential aspect of the lyrics, the singer convinces listeners not to give in to the voices inside their minds but pushes them to let go with words like “It’s almost over, it’s just begun. Don’t overthink this, look in my eye — don’t be scared, don’t be shy, come on in the water’s fine.”

Vocal distortion, hard-hitting lyrics, and slow melody make this track hard to skip and is partly the reason why it gained immense popularity across various social media channels when it first hit the charts.

The song that sparked a wave of choreographies and reels on Instagram, ‘Kiss Me More’ has an upbeat, addictive beat that has had listeners playing it on repeat. The disco-pop tune won the Best Pop Duo Performance at the Grammys and sees vocalists Doja Cat and SZA muse about their romantic interests through bright, fun, and catchy verses that anyone would enjoy singing along to while cruising.

The winner of the Best Music Video Category at the Grammys, John Batiste’s ‘Freedom’ is a peppy anthem that celebrates Black culture and independence. The New Orleans singer’s winning track perfectly captures the sense of freedom that being on the road brings with it as well, with lyrics like “And I let go with so much freedom (Freedom). Free to live (How I wanna live). I’m gon’ get (What I’m gonna get). ‘Cause it’s my freedom.” Vibrant and hopeful of a positive future, this will set the mood for your journey.

Winner of the Best Musica Urbana Album at the Grammys and the most-played artist on Spotify worldwide, Bad Bunny’s El Último Tour Del Mundo has several fresh tunes to discover. Of them is the rock-inspired ‘Maldita Pobreza’ which has the singer crooning about wishing to buy a Ferrari for his girlfriend. Besides the allusion to luxury cars, what makes it road-trip worthy are the wistful yet peppy vibes of the song, reminiscent of the 80s and early 90s. The sound is experimental and an amalgamation of different genres. If you’ve yet to add a Latino track to your musical lineup, there’s no better place to begin than with tracks by this Puerto Rican singer.

If you haven’t hopped on the Kpop train yet, there’s no better place to begin than with a nominee for the Best Pop Group at Grammys. ‘Butter’, by the world’s biggest K-pop group BTS, is a summer anthem that is one of the group’s few purely English tracks. The feel-good song has been interpreted as the group’s cheeky acceptance of their popularity and is upbeat and peppy. Besides being an easy-listen song, the allusions to several musicians that have made pop culture history make this Grammy-approved track a must-have on your playlist.

A first-time Grammy nominee and the only country artist on the lineup of musicians in the Best New Artist, Jimmy Allen’s ‘Good Times Roll’ will have you cruising down the road singing, “Let the good times roll.” The song has a series of travel-friendly and alludes to an old-school time on the road with lyrics stating, “I need a good ride, with some good tires (yeah). And I ain’t talkin’ Mercedes. Yeah, crank that truck up, load it up. A few folks in my four by four. Seat laid back, cold six-pack, window cracked. I got the good fire rolled.” A peppy number that’s refreshingly unique to the tracks at the top of the charts at the moment, this song is the perfect way to round out a travel playlist.

Which of these Grammys-approved tracks will you be adding to your playlist?

The post The ultimate travel playlist for your next cruise on the road, inspired by Grammys 2022 appeared first on Lifestyle Asia India.