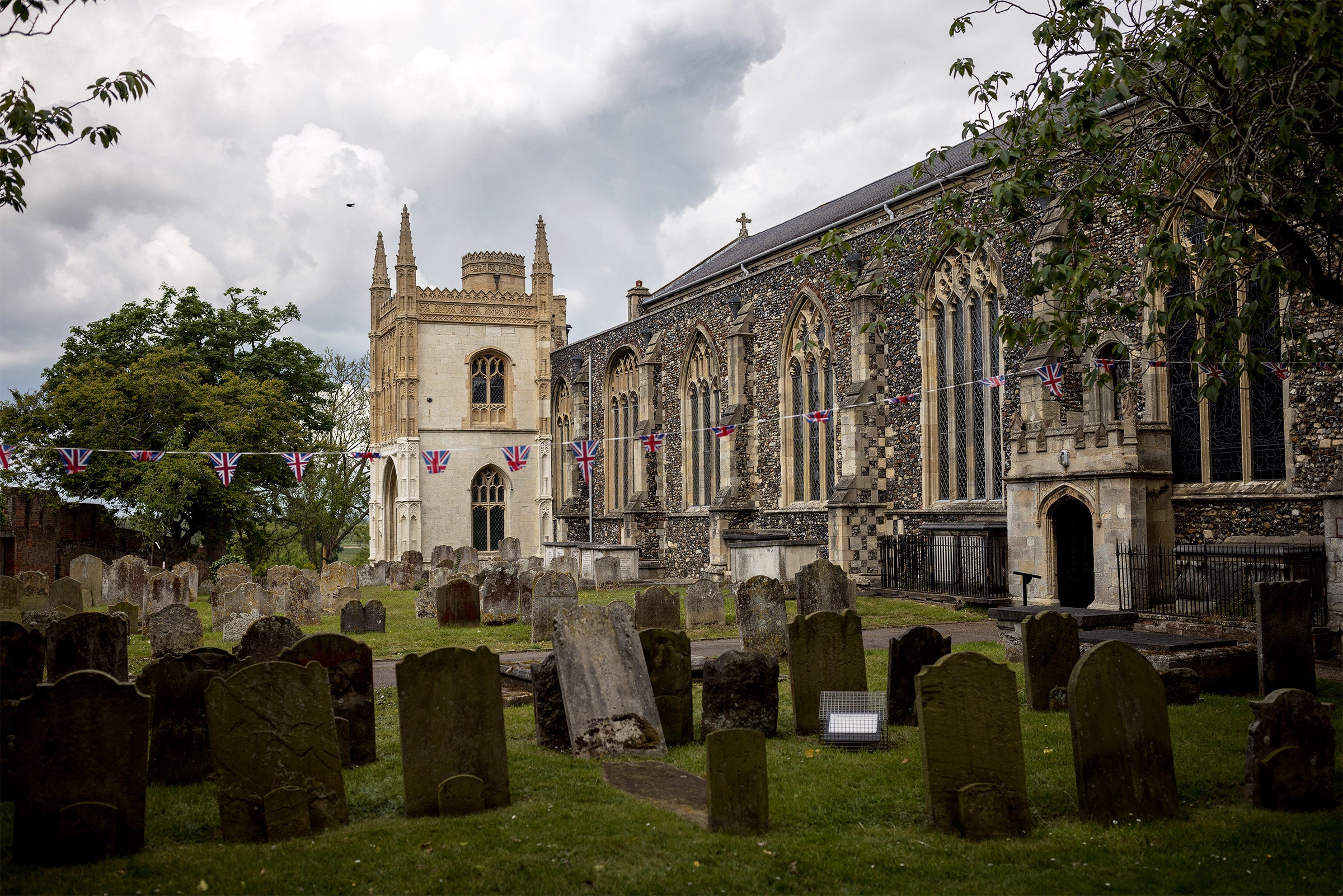 A walk through the 167-year-old Carlisle Cemetery in the northwest of England took Tim Viney past the graves of World War soldiers, Victorian monuments, a narrow stream, and evergreen trees and shrubs. But in 2016, when Viney tried to visit his parent’s gravesites while attending another funeral, he couldn’t find them. “Because there were no marks and they were in a woodland burial ground, you couldn’t get an exact location,” he says.

It is not that there are no maps of cemeteries—it’s just that they are mostly only on paper and out of date. And in that woodland burial ground, the first of its kind in the UK, oak trees have been planted over biodegradable graves, so there are no headstones. Instead, since 1993, the deceased have been remembered with small brass plaques on a nearby wall.

Viney’s experience of searching for his parent’s graves in the 72-acre municipal cemetery in Carlisle sparked an idea. “I thought it would be quite good to be able to find people easily,” he says. His company has now taken on the task of mapping every churchyard and municipal burial ground in England—a total of more than 18,000—to create a Google Street View of graveyards in which descendants, genealogists, and conservationists can click on a map and see who was buried there and when.

Viney knows his way around maps. The surveyor worked for more than 20 years in different parts of the world, from the Caribbean to the Middle East, before returning to Cumbria in England. In 2002, Viney took over a surveying company with three employees and renamed it Atlantic Geomatics. Since then, the company has undertaken significant projects, including mapping Gibraltar on behalf of the British government, which took five years.

The database that Atlantic Geomatics is now developing with the Church of England (CofE) will be of particular interest to amateur and professional genealogists. Popular TV shows such as Who Do You Think You Are?, in which celebrities search for distant relatives, have sparked interest in family history and even heritage tourism. The Society of Genealogists has about 12,000 members spread across the globe.

But finding out where ancestors are buried is time-consuming. When vicars receive inquiries from citizens, they have to browse through their registers and index cards to find marriage and burial certificates and then find the matching names on the paper maps of their churchyards. The online database, which is launching in late 2022, will be a go-to resource for interactive maps, records, and photos of headstones and memorials, says Viney. “It will save a huge amount of time and potentially bring some revenue to the churches.” The public will be able to view the map and click on individual graves on a website, but will have to pay a fee to search names and dates or download records and photos.

But first, there is a lot to survey and map. Since November 2021, Atlantic Geomatics surveyors have been walking through graveyards, row by row, wearing a Leica Pegasus backpack that contains five 20-megapixel cameras, a GPS receiver, and two laser scanners that take 300,000 measurements a second. “The beauty is that we can do it under the trees, behind buildings and that sort of thing,” says Viney. Early trials showed that drones don’t do the trick.

It takes about a week to process the hundreds of thousands of measurements and create an accurate map of a graveyard. A different team will then go to the same site with better-quality cameras to photograph all the headstones and memorials. Original records of baptisms, marriages and burials, some dating hundreds of years back, will also be scanned and linked to the appropriate grave on the 2D map. Each parish can then continuously add new graves and records. “The whole thing about preserving records is very, very important because I’ve come across quite a few horror stories where all registers have been lost by fire, theft, or even flooding,” says Viney.