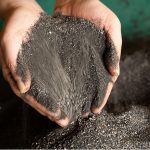 As EU lawmakers prepare to consider the upcoming European Critical Raw Minerals Act, they should heed some of the lessons that US policymakers faced on the matter, writes J. Peter Pham.

Ambassador J. Peter Pham, a distinguished fellow at the Atlantic Council in Washington, DC, and a senior advisor of the Krach Institute for Tech Diplomacy at Purdue University, previously served as the United States Special Envoy for the Great Lakes and Sahel Regions of Africa.

In Europe, as in the United States, the drive to secure access to the critical minerals needed for the energy transition and autonomy in the supply chains has gone into overdrive. But EU policymakers will, like their American counterparts, need to realise that it is not just a question of political will but of physical and geological realities.

With the energy supply disruption and price rises from Russia’s war in Ukraine fresh in her mind, Commission President Ursula von der Leyen announced her 2022 State of the Union address, a European Critical Raw Materials Act to ensure that Europe avoids “becoming dependent again, as we did with oil and gas.” Two months later, at COP27, she announced doubling the continent’s renewable energy capacity. The two goals are fundamentally linked.

The entire REPowerEU initiative advanced by the Commission to speed up the transition to renewable energy and end dependence on Russian fossil fuels is predicated on securing prodigious quantities of critical minerals. For example, a single 3-MW wind turbine requires approximately 335 mt of steel (an iron alloy), 4.7 mt of copper, and 3 mt of aluminium, in addition to about a ton of the rare earth neodymium, praseodymium, dysprosium, and terbium. And there are the significant amounts of copper and other metals required to transmit this energy to where it is needed.

The EU is even more dependent on Xi Jinping’s China for its rare earth (98% according to one Commission report) than it ever was on Vladimir Putin’s Russia for the natural gas it consumed before the war (40% according to a Columbia University study).

When it is introduced in the new year, the European Critical Raw Materials Act needs to avoid the temptation of what classical political scientists termed autarky, which is not only ill-suited to achieving its objectives but sets Europe up for frustration and, ultimately, failure. The political attractiveness of sourcing these critical inputs from within the continent, rather than relying on imports, is apparent—although it is worth remembering that all politics is local. Securing public and media support for new mining projects could prove a considerable challenge.

An even more significant challenge, however, is posed by physics and geology.

An exhaustive 2021 study by the NGO, Transport and Environment on the raw material requirements for just the typical electric vehicle (EV) battery with 60 kWh capacity – such as the ones found in Tesla’s Model Y – include more than 180 kg of critical minerals, excluding the battery casing, binder, and other components. This staggering amount includes approximately 52 kilograms of graphite, 35 kg of aluminium, 29 kg of nickel, 20 kg each of copper and steel, 10 kg of manganese, 8 kilograms of cobalt, and 6 kg of lithium.

While a British Geological Survey report last year identified 509 known deposits or occurrences of cobalt in 25 European countries, currently the only European country to produce cobalt ore—and an infinitesimally small quantity at that—is Finland. For now, the continent remains dependent on imports for its cobalt, 70% of the global production of which is sourced to the Democratic Republic of the Congo, almost all of which undergoes at least intermediate processing in China.

The inescapable reality is that the European Union, like the United States, cannot achieve the strategic objective of more secure access to critical materials by trying to “go it alone.” The Mineral Security Partnership brings together the EU, the United States, the United Kingdom, Australia, Japan, and South Korea—to build secure and sustainable supply chains. This is an important initiative.

Beyond even this circle of advanced, democratic countries, criteria could be developed for partnering with other foreign countries and companies, given the totemic significance of the issue. A core principle should be to recognise the sometimes subtle but significant differences between state-owned enterprises and multinational corporations, as I noted in a report earlier this year. Cutting out nation-states deemed unacceptable is an understandable political choice – but the West cannot afford to take the same approach to the broader market or the private sector.

No purely righteous path exists, but the task is essential and urgent. A pragmatic approach that will secure access to the critical minerals needed is the only truly sustainable path to Europe’s greener future.