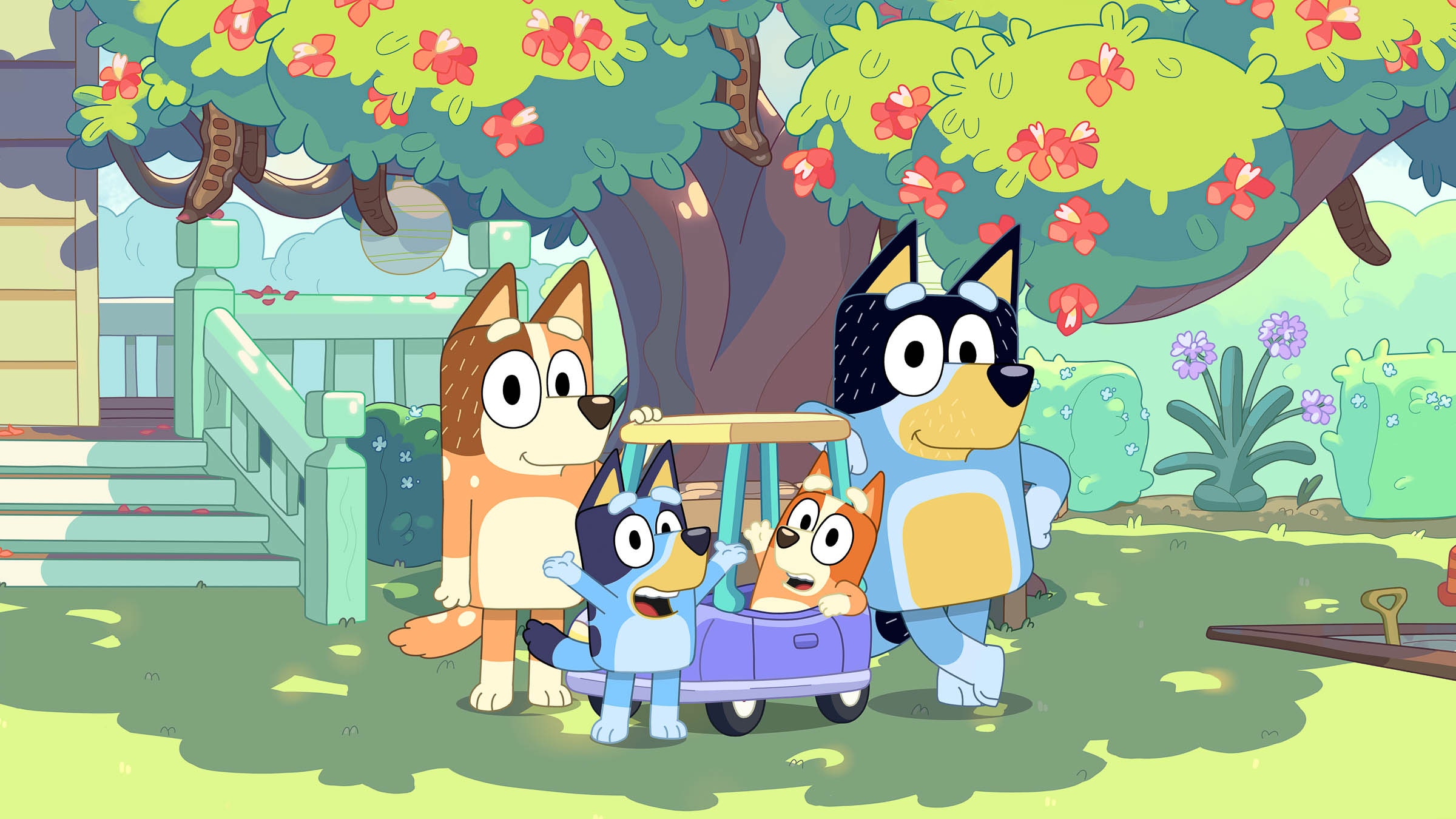 Rose enjoys visiting the Bluey subreddit and seeing people’s fan art, particularly cakes they’ve baked. She supports other fans via Reddit because, “I like to make sure people know it’s OK to enjoy a show aimed at children.”

Because this is the internet, some people don’t think this is OK. On TikTok, users joke about adult Bluey fans fighting children to get their hands on plushies, while others fear the fandom will be corrupted by adult fans who create content about the show that would be inappropriate for children (much as “Bronies,” adult male fans of My Little Pony, have done in the past). Julia Sotto, a 26-year-old interpreter, broadcaster, and Bluey fan from Argentina, says, “Fandoms have a tendency to take things to the limit.”

“I know that first-hand; I’ve been in very toxic fandoms,” Sotto says. Still, she argues that Bluey fans can and should ignore bad actors. “If a very disturbed Wattpad writer wants to write the weirdest, most cringey fanfiction based on Bluey—poor Bluey—well, let them. It’s their digital footprint.” Sotto believes that if fans ignore this content, then it’s less likely to reach the children it could potentially harm. Then again, the internet goes everywhere.

So why exactly does Sotto, a childless adult, enjoy the show? Like Rose, she was first exposed to it on TikTok and was surprised when it made her emotional. “It has a great life examples of the good and the bad,” she says. In one of her favorite episodes, Bluey befriends a French-Canadian puppy named Jean-Luc at a camping site and doesn’t get to say goodbye. “Bluey’s faced with the realization that a friend is gone. That’s harsh, especially for a kid. But it’s real. Everyone is going to meet people, have a good time, enjoy, and then just let them go.”

One of Rose’s favorite episodes is about a Jack Russell terrier with ADHD. “Bluey sends the message of it being OK to be different and some people’s minds do not work the same as others,” Rose says, “As a neurodivergent person myself, this representation makes me ecstatic.”

In an internet full of shadowy content for children and shadowier content for adults, Bluey can be a balm. “We need to open the barriers to create quality content for kids that is not fruits jumping around to repetitive music,” Sotto says. One of the most lauded episodes of Bluey is a silent film in which Bluey tries to make a dam out of her toys as the rain pours—after the first four seconds, there’s no dialog in the episode at all. Another episode deals with infertility. Amongst the important messages, many episodes are simply fun: When Bandit is put into “dance mode” at a store, he mutters “I’m fine! Just ignore this!” to a bewildered cashier.

“I do believe my generation wants to see kids growing up to be better people, to push the limits of what we’ve grown up with and be happy,” Sotto says, “because most people aren’t happy today.”