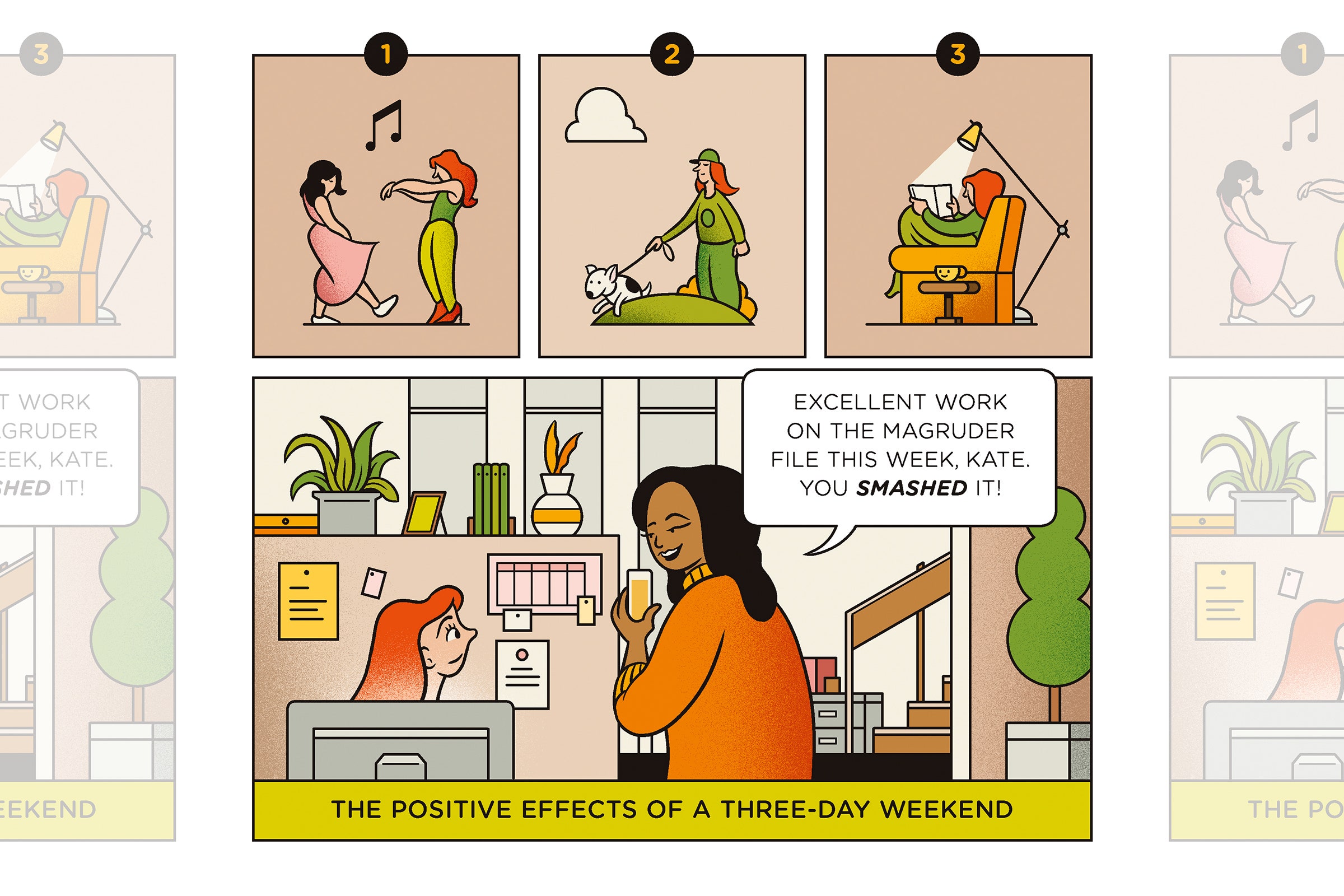 Many governments, such as Iceland and the UK, are currently experimenting with three-day weekends. There’s a perception that all sides can benefit from such policies: workers get more time off and superior mental health; companies get higher productivity and lower wage demands.

In 2023, many of these scientific studies will indeed show early indications that the three-day weekend is a good idea and, consequently, some governments will enact national policies. This transition, however, will fail—due to bad science.

The idea of “evidence-based” policies has become mainstream in economics. Policy field experiments—which are scientifically designed trials run in the real environment where the policy under consideration will be rolled out—have become a prominent tool for demonstrating what does and doesn’t work. Recent examples include clinical trials for Covid vaccines and field studies that attempt to increase tax compliance.

Field experiments address one of the key shortcomings of traditional laboratory experiments, which is that the real world is much more complex than the artificial confines of a laboratory. A field experiment can give a more reliable indication of how a policy will work in practice. For example, studies conducted by university researchers yielded misleadingly high estimates of people’s willingness to responsibly manage a common pool resource, such as a fishery. Subsequent field experiments painted a grimmer and more realistic picture.

However, policy field experiments also have their own problems. For example, they tend to use small samples, typically involving a few hundred participants at most. This can lead to misleading overestimation of the effect that a policy can have nationwide. This effect is known as a voltage drop. A recent example includes the Early Head Start program of home visits for young children in the US. Small-scale trials initially found promising results, but the rate of return was much smaller when the policy was scaled up.

One of the reasons for the voltage drop is what economists denote as a “negative spillover effect”: the benefit that some people get from the policy comes at the expense of others. If you conduct a small-scale trial, you easily measure the benefit, but the negative spillover might happen outside the small group that is taking part in the experiment, and as a result it goes undetected. The arms race to get into the best colleges is a good example. If we instruct a group of children to stack their profiles with a rich array of extra-curricular activities, such as playing musical instruments or speaking foreign languages, they are indeed successful. However, when scaled to everyone, the total number of admissions at Harvard or Stanford will obviously stay the same, meaning an aggregate impact approximately equal to zero.

In some ongoing three-day experiments—such as the Reykjavik City Council trial or the trial being conducted by Boston College, Cambridge University, and Oxford University—workers have reported higher quality of life. Critically, with a few simple workflow adjustments—such as digitizing task assignment and follow-up—the result has been higher productivity at the workplace, too.

However, what will happen when every worker in society is also enrolled? In a country of 300 million, if I am one of 2,000 geographically dispersed people taking part in an experiment about the effect of a three-day weekend, I still benefit from the fact that the rest of the country—schools, banks, hospitals—is still open five days a week. This will no longer be the case when a national policy is implemented. As a result, three-day weekend policies will likely succumb to the same voltage drop problem that has afflicted many other policies in the past.

This won’t be the end of the three-day weekend. Instead, more robust studies will be conducted and scholars and policymakers will come up with better countermeasures against potential voltage drops. Eventually, in 2023, they will start redesigning the work week in a more effective way.