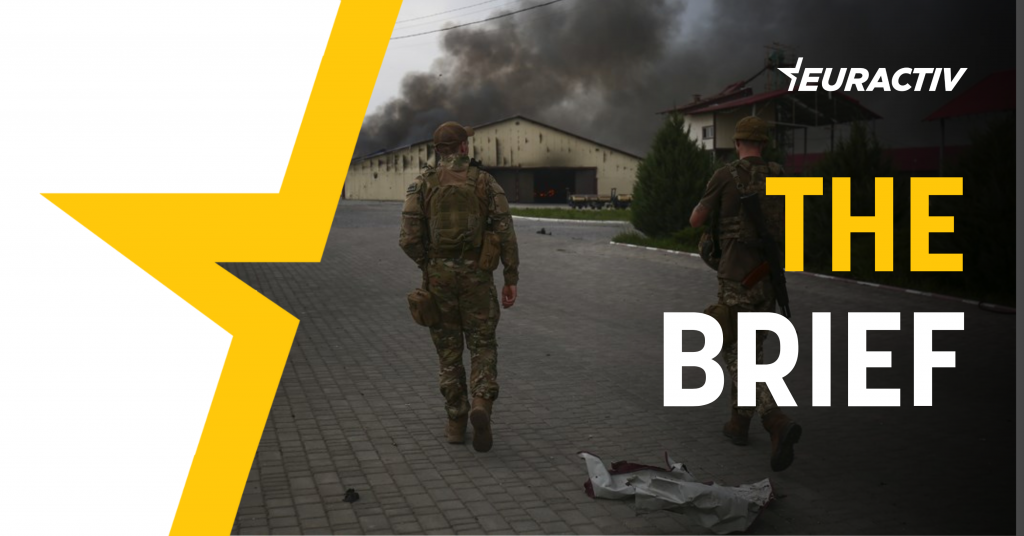 Two developments that took place almost simultaneously this week signal that we should brace for a long war in Ukraine, lasting throughout 2023 and possibly even longer.

The first was the surprise visit of Volodymyr Zelenskyy to the US, a great publicity stunt that delivered important messages which need to be decrypted.

His host Joe Biden said: “the US will stay with you for as long as it takes”, “Putin is going to fail”, “US and Ukraine are united, so he [Putin] cannot succeed”, “We’re going to give Ukraine what it needs to be able to defend itself, to be able to succeed, and succeed in the battlefield”.

“The battle continues! And we have to defeat the Kremlin on the battlefield. Our two nations are allies in this battle”, and “Next year will be a turning point when Ukrainian courage and American resolve must guarantee the future of our common freedom.”

The second event was Vladimir Putin’s appearance before the expanded meeting of the Board of the Defence Ministry on the same day.

“It is well known that the military potential and capabilities of almost all major NATO countries are being widely used against Russia”. “We have no funding restrictions. The country, the government will provide whatever the Army asks for, anything”.

He also spoke at length about Russia upgrading its nuclear triad (ground-based missiles, aviation, submarines) with weapons “unmatched in the world”.

The announcements came at a time when the lines on the front had stopped moving, and both sides need to make crucial decisions.

It is strange how both the US and Ukraine, on one side, and Russia, on the other, announced a higher level of the war effort, as well as their preparedness for the long haul, using almost the exact words to convey the message that the costs, be they financial or in human lives, are of secondary importance.

It is also clear that the EU and its member states are taking a back seat.

It is taken for granted that they will support Ukraine to the best of their abilities and cope with the fallout of the sanctions on Russia. At least they should understand by now that the time horizon for any improvement is very distant.

At the White House presser, Biden mentioned the EU allies, signalling that these were hesitant.

“I’ve spent several hundred hours face-to-face with our European allies and the heads of state of those countries and making the case as to why it was overwhelmingly in their interest that they continue to support Ukraine,” he said.

From the US perspective, the Europeans seem to be afraid of World War III and possibly reluctant to buy the argument that Russia’s eventual defeat in Ukraine will make the world safer.

“They understand it fully, but they’re not looking to go to war with Russia. They’re not looking for a third World War. And I think it can all be avoided by making sure that Ukraine can succeed on the battlefield. So, anyway, there’s more to say, but I probably already said too much”, the US president said.

Ukraine is ready for the long haul because they know that if they don’t kick Putin out, their country will cease to exist.

The US is ready for the long haul because, as Defence Secretary Lloyd Austin said, Russian losses in Ukraine will deter its leadership from repeating its actions elsewhere.

Russia, for its part, is ready because Putin and his generals believe their country is much more resilient to hardship than the pampered Western Europe.

Europe is divided, some countries geographically closer to Russia are more hawkish while, at the other end, Emmanuel Macron keeps talking about peace talks and security guarantees for Russia.

But as a whole, our Union is not ready for the long haul, although the existing minimum of cohesion between allies doesn’t allow it to say so. It’s simple: when you are not a policymaker, you are a policy-taker.

European lawmakers have called on the Commission to finally chart a roadmap to phase out animal tests and end ambiguity in the run-up to the much-awaited revision of the EU’s chemical framework.

The European Commission presented its annual working plan to help agri-food producers promote their products in the EU and abroad, with a focus on sustainability, quality, animal welfare, and healthy eating habits.

With plans for a national nutrition strategy in the EU Farm to Form vein, German Agriculture Minister Cem Özdemir wants to make diets healthier and more plant-based, but some say the proposal is dictating what people can and cannot eat.

Increases in food prices and shortages worry most European consumers, new research reveals, while nearly half of those surveyed believe these costs are being unfairly distributed across the continent.

The corrugated cardboard sector can achieve climate neutrality before 2050 if a set of enabling conditions are met, including a stable and predictable regulatory framework to steer investments in clean technologies, Eleni Despotou told EURACTIV in an interview.

2022 has been a year where high-profile international cases of violence against women, such as in Iran, Ukraine, and Afghanistan, have made headlines, but this is just part of a trend that permeates every aspect of society, according to United Nations (UN) officials interviewed by EURACTIV.

Germany appealed to the European Union on Thursday to consider regulating “abrupt” and “arbitrary” decisions at Twitter since Elon Musk’s takeover.

Recycling textiles is no easy feat, with industrial processes still in their early years. Yet, recyclers say a looming obligation for EU countries to collect and sort used textiles will help the nascent industry get off the ground.

The European Commission gave a green light, needed under the EU state aid framework, for France to help wind energy producers temporarily increase the capacity of their farms.

Do not miss the last 2022 edition of EU Politics Decoded: Making hay from a scandal.