When Italian car manufacturer Maserati chose diesel engines to power its Ghibli saloon and Levante SUV, enthusiasts scratched heads in disbelief: could oil ever be an appropriate fuel for one of the most emotive names in automobile history?

For whatever reason, though, the company now appears to be backtracking, with the news that it’s begun replacing diesels with mildly hybridised (MHEV) petrol engines, the first example of this being the roll-out of a facelifted Ghibli with a turbocharged 2-litre, four-cylinder unit – whose 48-volt technology accumulates and then recovers kinetic energy – under its bonnet. 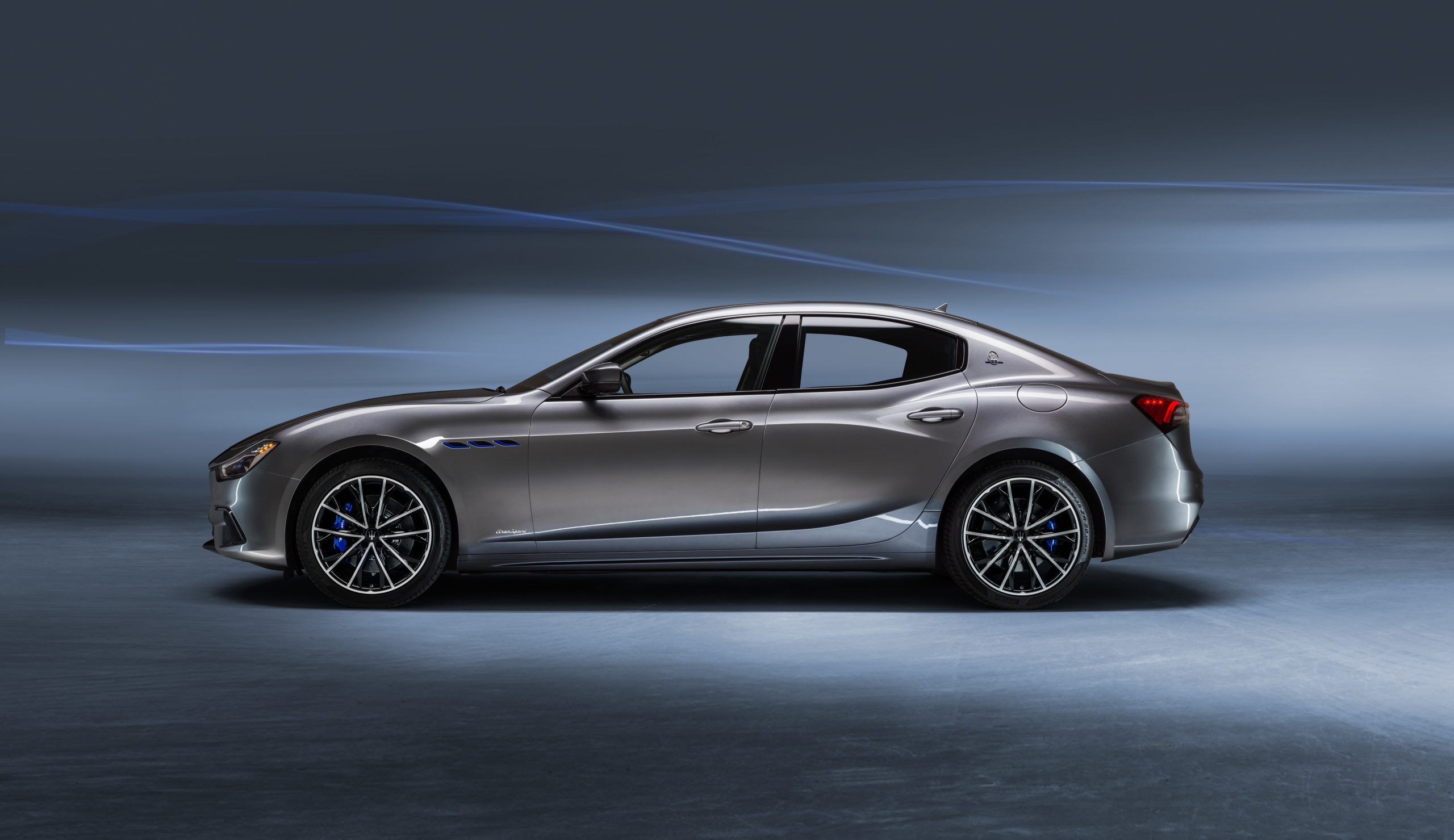 For a manufacturer more commonly associated with V8 (or, at the very least, V6) power, a 2-litre four-pot might sound even less acceptable than the oil-burning six it replaces, but Maserati is eager to point out that the new motor is easily up to the task. The engine, which in its basic form is shared with FCA stablemate Alfa Romeo, has been tweaked to provide 325bhp and a fairly hefty thwack of torque – and as all of the latter is available from just 1,500rpm, and also comes with a further e-boost from the MHEV system, performance is at the very least on par with that of the outgoing power units. Moreover, the company says it offers significantly reduced emissions compared with the diesel, and the new car is considerably lighter than the outgoing one, too – by some 80kg. 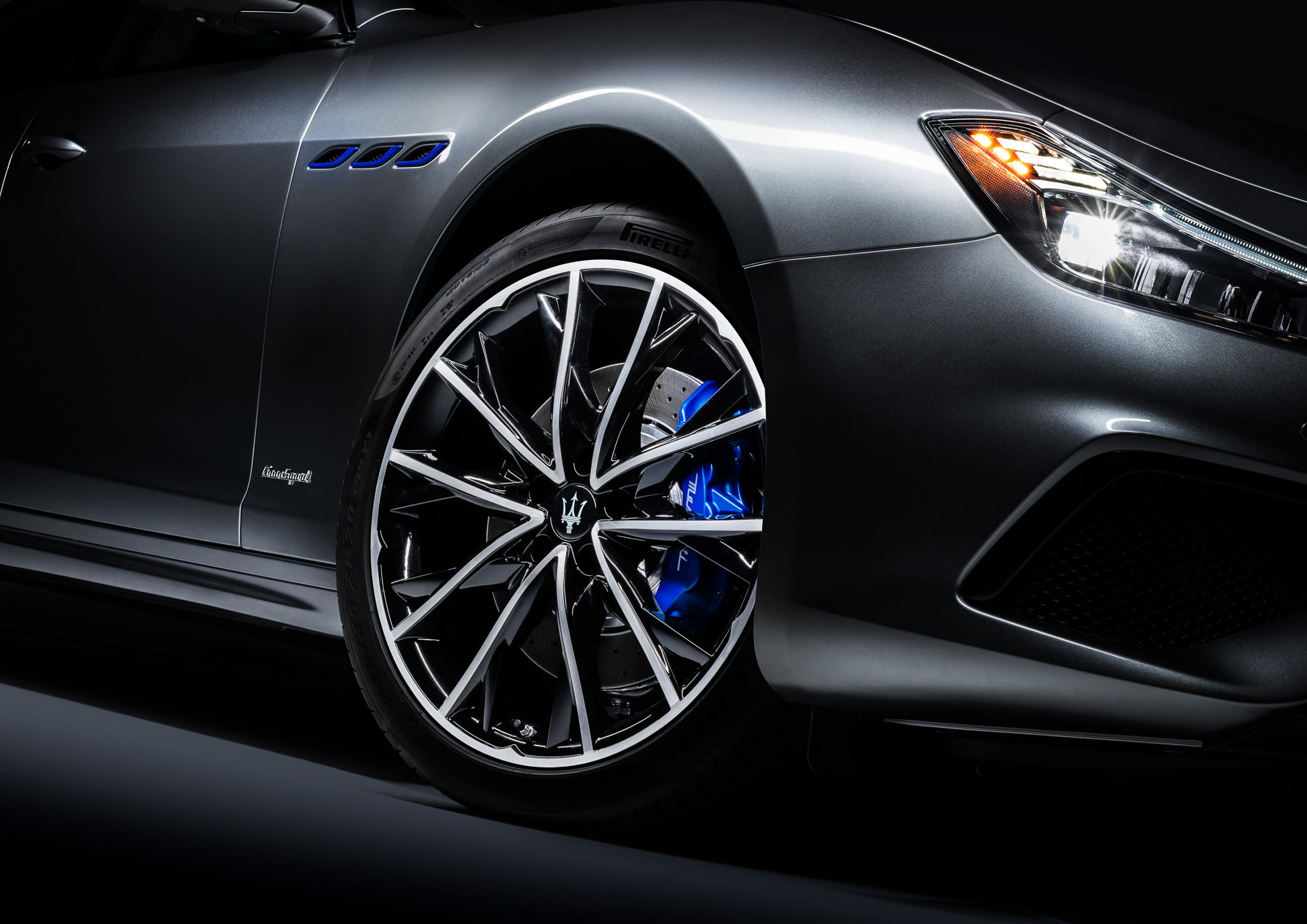 Performance figures for the revised Ghibli certainly look impressive: maximum speed is in the region of 260km/h, with a 0-100 acceleration time of 5.7 seconds. Those figures come with appropriately rorty noises from the exhaust system, which the engineers have reworked to provide a properly Maserati-like soundtrack. 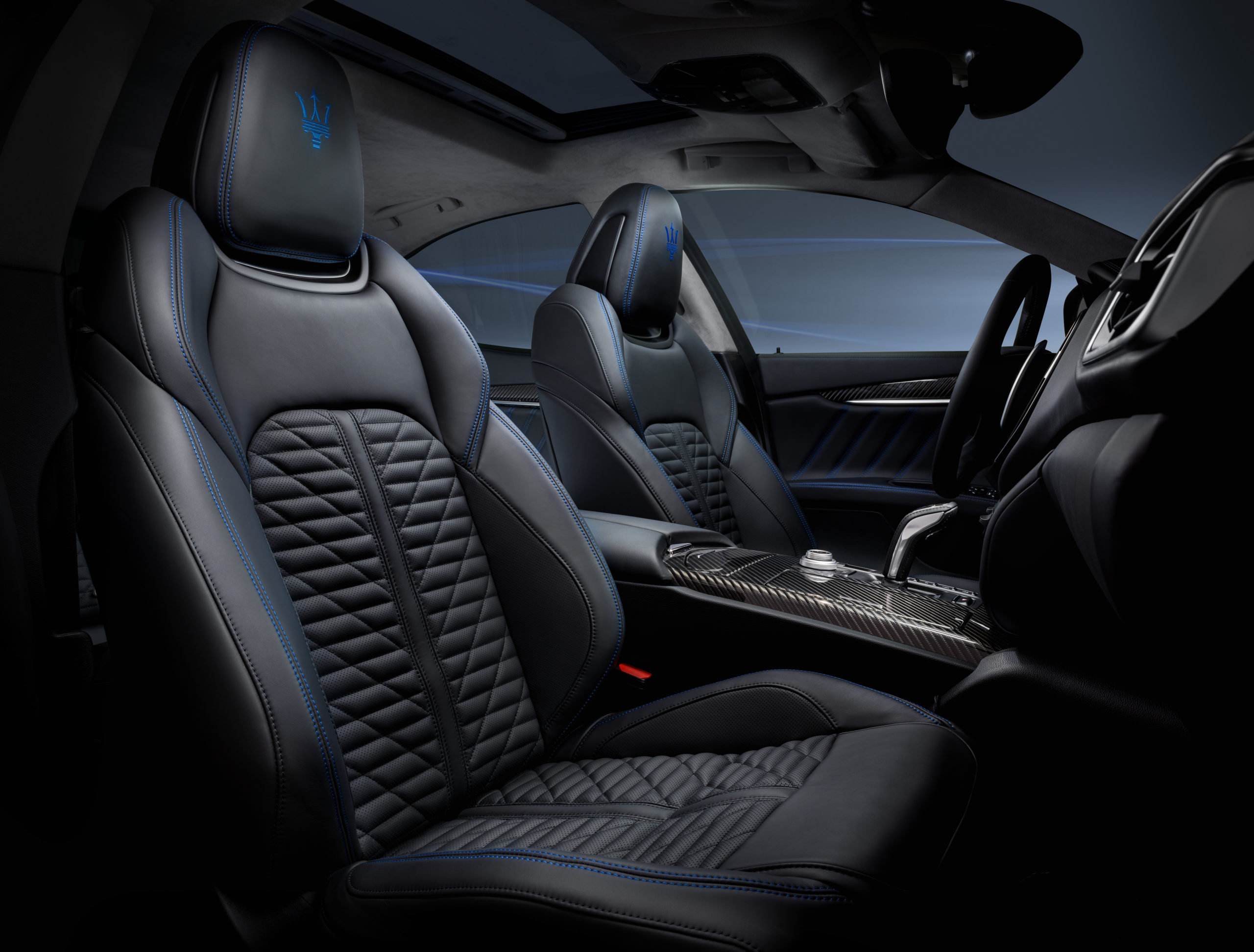 The new internals come with a gentle massage of the car’s exterior and interior, with the adoption of the colour blue both outside (on the three side ducts, brake calipers and c-pillar trident badge) and in (seat stitching) denoting its MHEV credentials. Also new are a front grille with revised vertical bars resembling tuning forks, and restyled rear lights.

This, however, represents merely a first step in the Modena company’s EV programme, an eventual objective being the full electrification of its entire fleet. Next year should see the launch of new, all-electric GranTurismo and GranCabrio models – so enjoy those fruity Maserati sounds while you can. They’ll soon be a thing of the past.