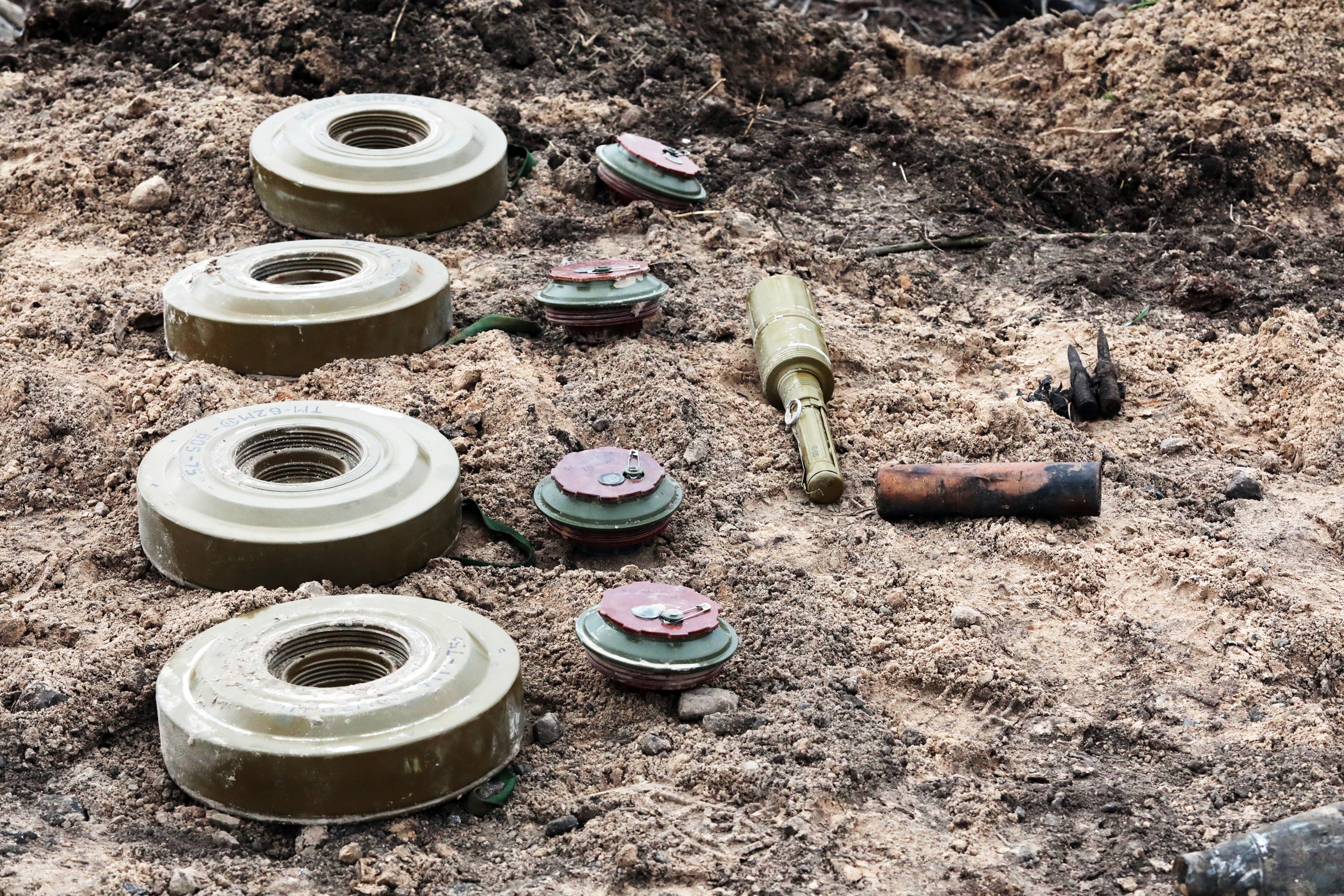 At the other end of the spectrum are mines that are placed by hand—even grenades rigged with duct tape and tripwires, like the device that killed Luba. Again, these traps have no strategic value, serving only to terrorize the civilian population—to punctuate every day-to-day decision with fear and doubt ahead of the country being slowly demined. “In places that were liberated in the springtime, like Bucha, you see that essential [mindset of]: ‘Let’s kill civilians with booby traps,’” Hiznay says. “It’s salting the earth; it’s targeting people.”

Despite the risk, history tells us that Ukrainians will return to these contaminated places before they are safe. “People have an attachment to where they come from,” says Ruth Bottomley, a consultant and researcher with 20 years’ experience working in areas contaminated by mines, particularly Cambodia. “Whenever something traumatic happens, people want to get back to what’s normal, to what they’re used to,” she says—even if there’s still a threat.

Living among mines then has a well-documented deleterious effect on a country’s psychological health. Research shows that just the knowledge that you are in an area contaminated with explosives can lead to psychological scarring—and in some cases to post-traumatic stress disorder—even if you are never wounded by a mine or trap or witness one being triggered. This sometimes presents in surprising and heartbreaking ways. One study, among other findings, found that the test scores of school children in mine-contaminated areas appeared to go up once those areas had been demined. The fear, the uncertainty, the lack of control—it seeps into everything.

Survivors of landmine explosions also often go on to develop severe depression, anxiety, and PTSD, while also facing discrimination when trying to find work. A landmine injury can destroy a family, leaving a parent unable to work or a spouse in need of care. Physiological and psychological rehab can help with recovery, but Ukraine currently is unlikely to have the capacity to provide what’s needed—it had set goals for providing such support following the invasion of Crimea in 2014, which also involved landmines being deployed, but was failing to meet these targets prior to this year’s invasion.

How long the direct threat of mines will last isn’t yet clear—until Russia leaves Ukraine, there will be no way of determining how many devices and traps there might be. Clearing them will then be a long road: across Africa, the Middle East, and Southeast Asia, antipersonnel mines are still killing people long after conflicts have nominally been resolved. And as long as mines are still in the ground in Ukraine, a psychological weight will hang over the civilian population. Even after they’ve been cleared, the scarring effects of conditions such as PTSD may never be resolved.