Fancy riding on a century-old steam train travelling through the lovely Blue Dandenong Ranges? This pristine countryside getaway, about an hour east of Melbourne, is an ideal place to find relaxation bliss during your stay in Melbourne. Enjoy old-world charm by going back in time on Australia’s premier preserved steam railway as you ride in its heritage carriages. 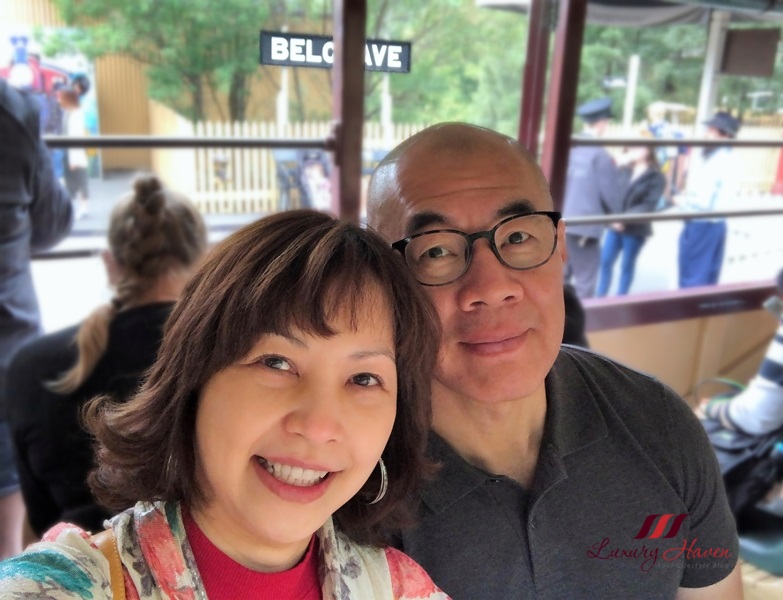 Thanks to Gray Line Australia, hubby and I got to embark on a scenic adventure with the Puffing Billy Railway. The highlights of the Puffing Billy with Australian Wildlife tour includes a trip to the Sherbrooke Forest with opportunities to feed some Australian native birds, followed with a ride aboard the Puffing Billy steam train. The full-day tour also covers lunch at a winery and chocolate tasting, before ending the journey with a visit to the Healesville Sanctuary offering lots of wildlife photo opportunities. 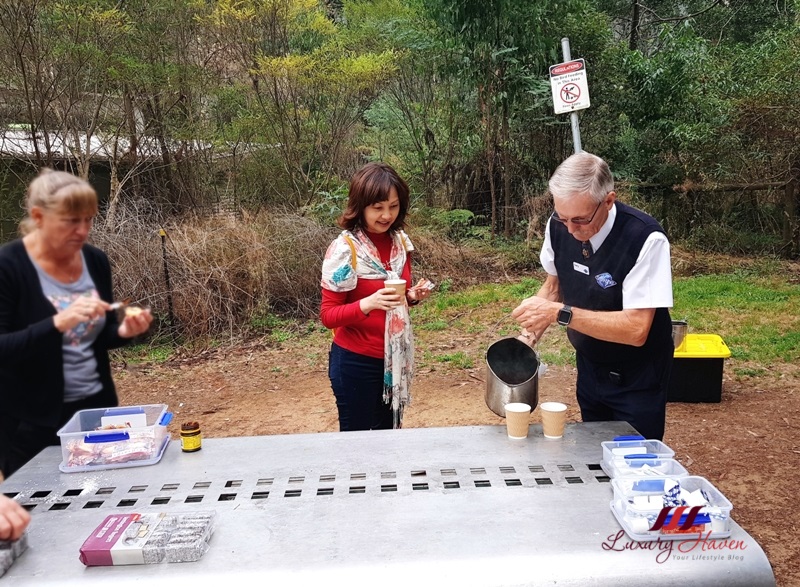 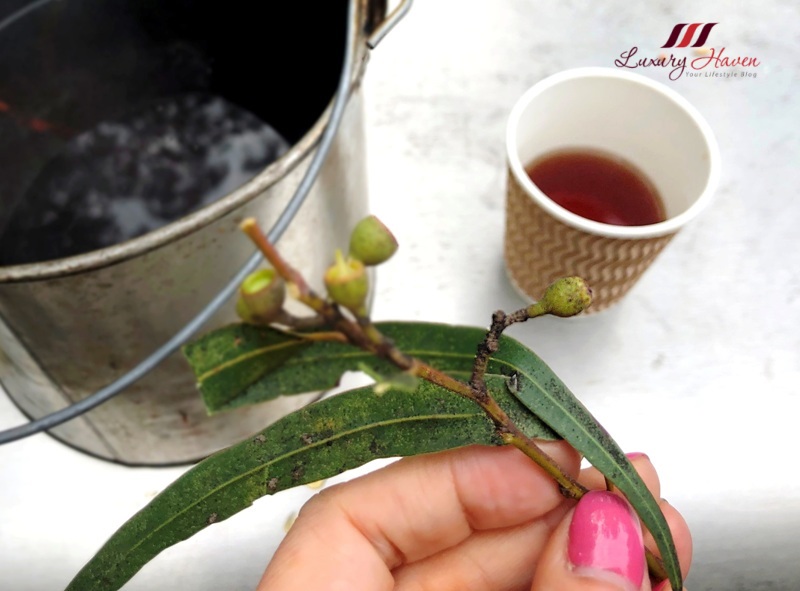 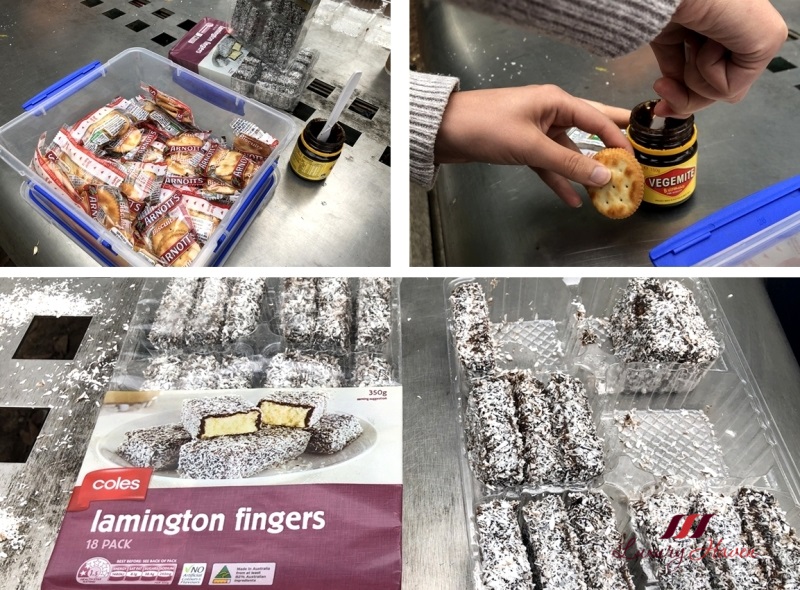 Our excursion from Melbourne took us to Sherbrooke Forest located in the Dandenong Ranges National Park, kicking off the morning with an Aussie style Bush Billy Tea and Gum Leaves, Lamingtons, Vegemite and Crackers at Grants Picnic Ground, enjoying an authentic Australian experience. 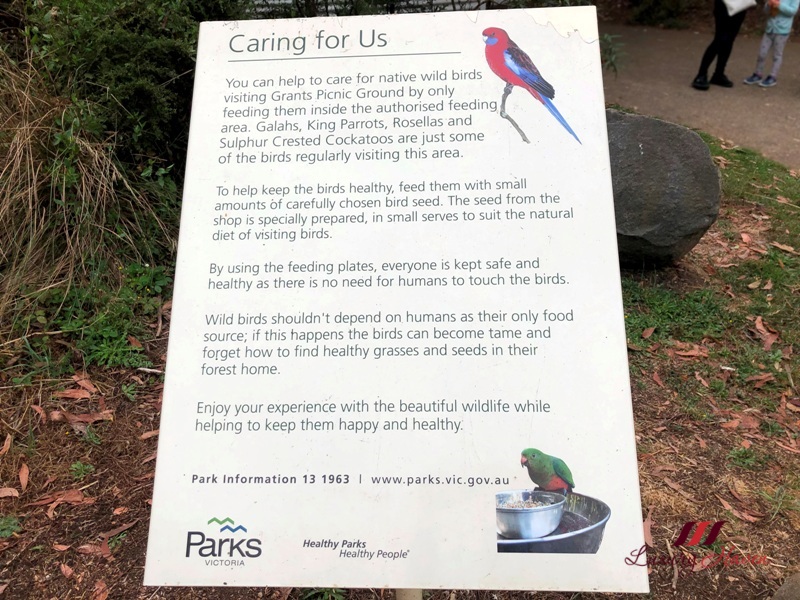 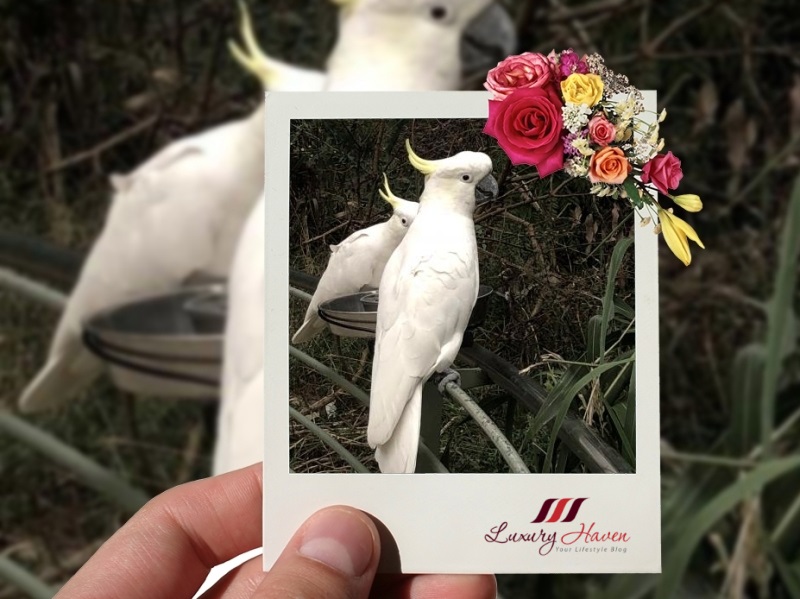 Famous for its bird feeding, visitors will also get to meet the local Sulphur-Crested Cockatoos, King Parrots, and Crimson Rosellas at Grants Picnic Ground. For bird lovers, you can buy a token for AUD 4 from the kiosk for seeds to feed the wild native birds as they are accustomed to a particular diet. 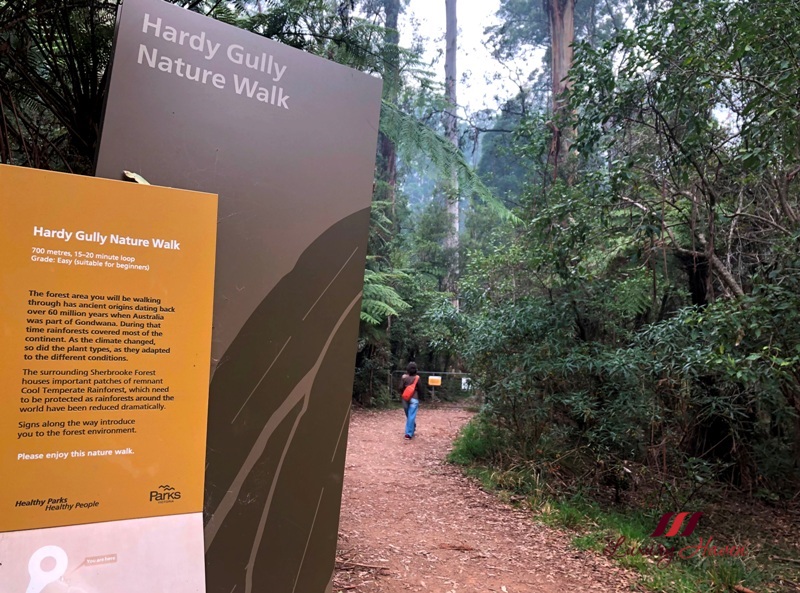 There will be ample time for a short bushwalk with the 45-minute Grants Picnic Ground stopover. Explore the towering forests of mountain ash trees in the Hardy Gully Nature Walk trail and soak up the tranquility before riding on Australia’s most notable narrow gauge railway on the Puffing Billy steam train. 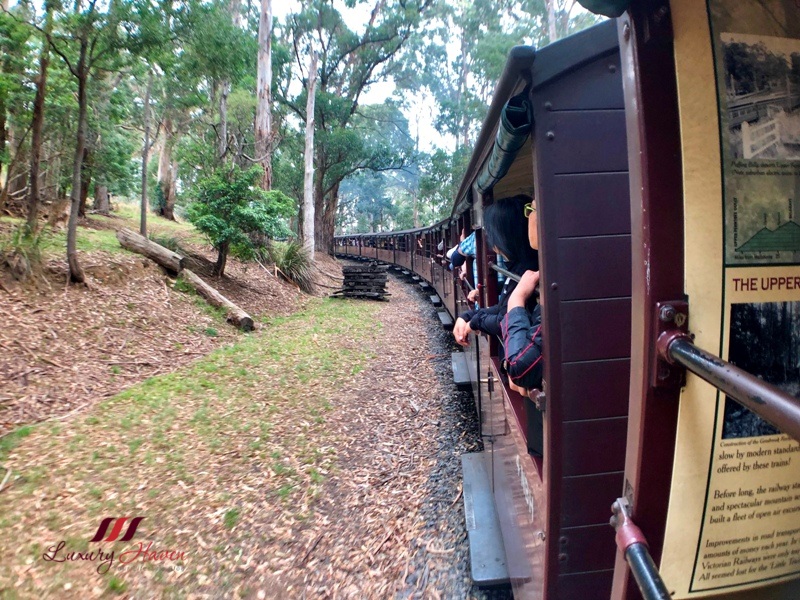 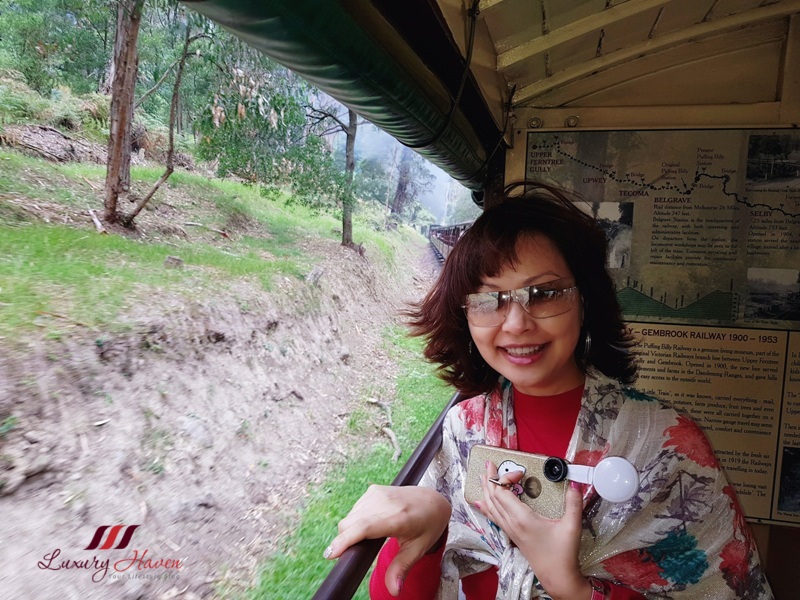 One of Victoria’s most popular attractions, the 25-minute Puffing Billy steam locomotive ride starts at Belcrave and ends at Menzies Creek. Feel the breeze running through your hair as the notable train winds through the lush rainforest echoing the locomotive’s whistle. 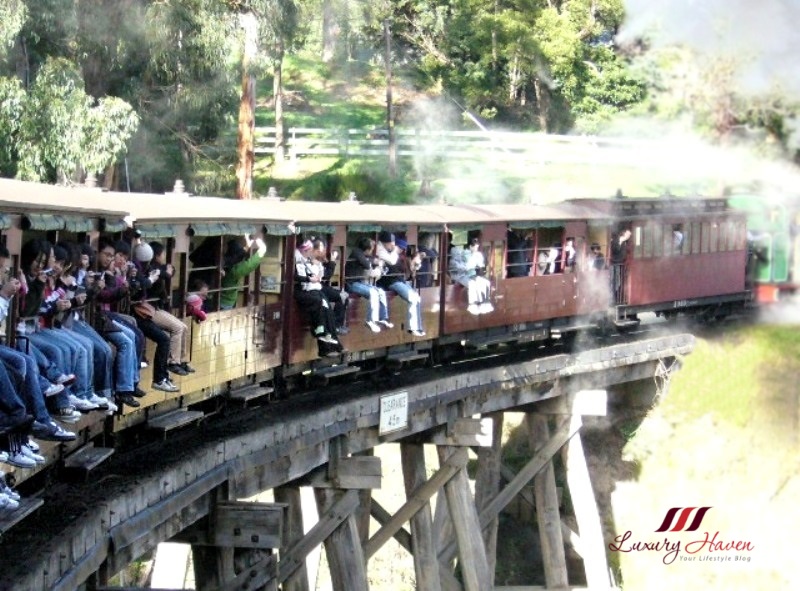 I actually went on the historic Puffing Billy ride many years back but sadly this time round, visitors are now unable to sit on the train carriage ledges due to a crash between the tourist train and a minibus sometime in March 2018. Puffing Billy has temporary banned the more-than-century-old tradition. I recalled enjoying the ride so much previously sitting with my legs hanging out of the carriage feeling so carefree. Nonetheless, it was still a good getaway reminiscing the good-old-days. 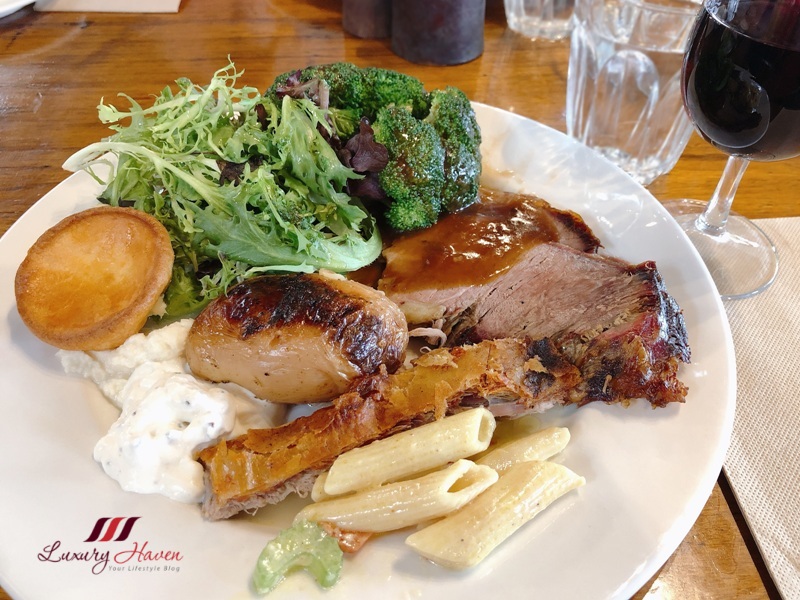 A scrumptious spit roast lunch awaits you at the Fergusson Winery where you get to taste Australian wines. Diners have the option of Chicken, Fish, or their signature Beef slow roasted on a wood fired spit and personally carved. 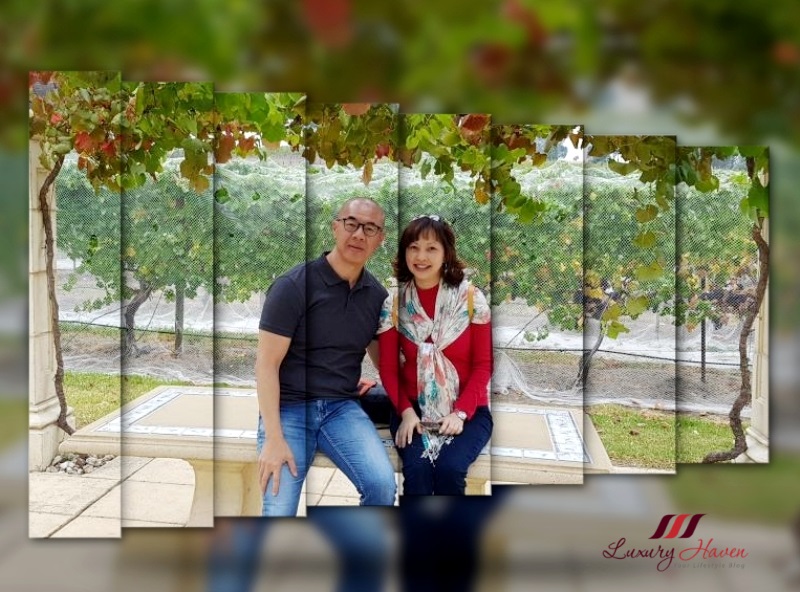 Make the most of your time at the well-known Yarra Valley, home to 50 wineries and 110 vineyards. The Fergusson vineyard is planted to classic French grape varieties, including Chardonnay, Pinot Noir, Shiraz and Cabernet Sauvignon. 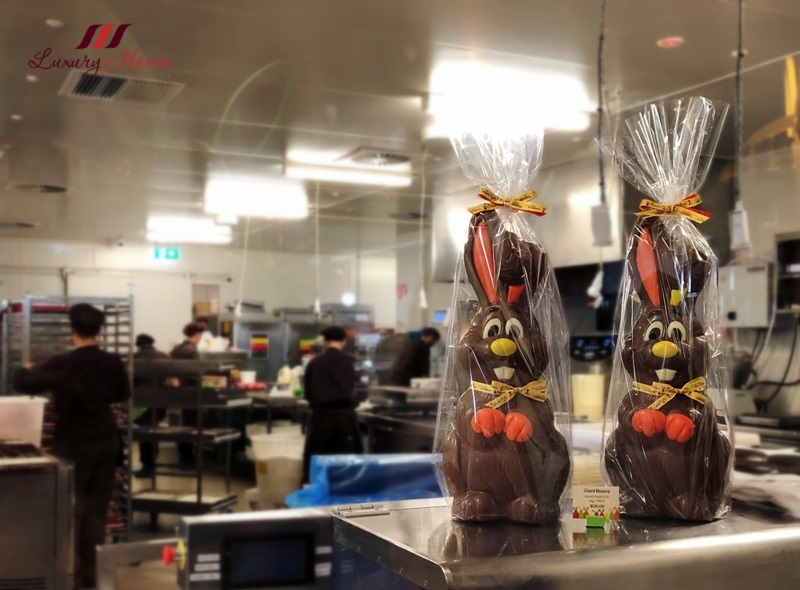 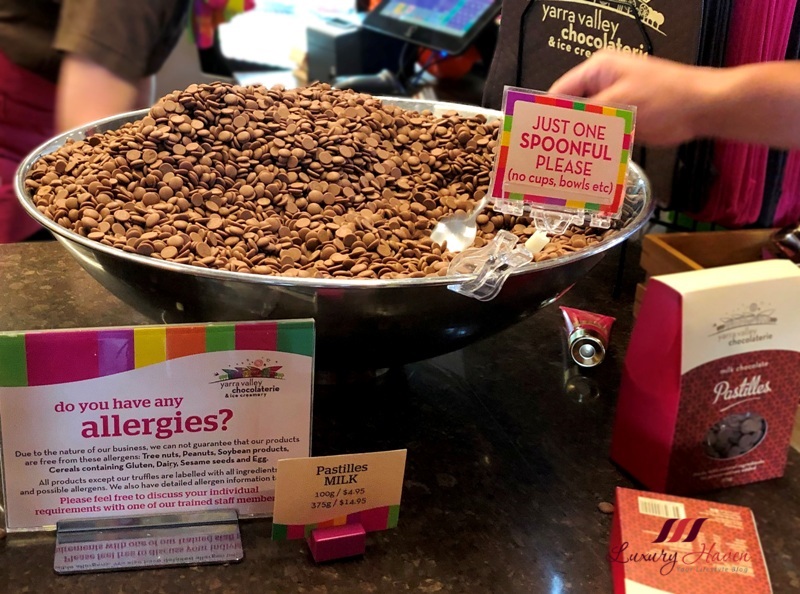 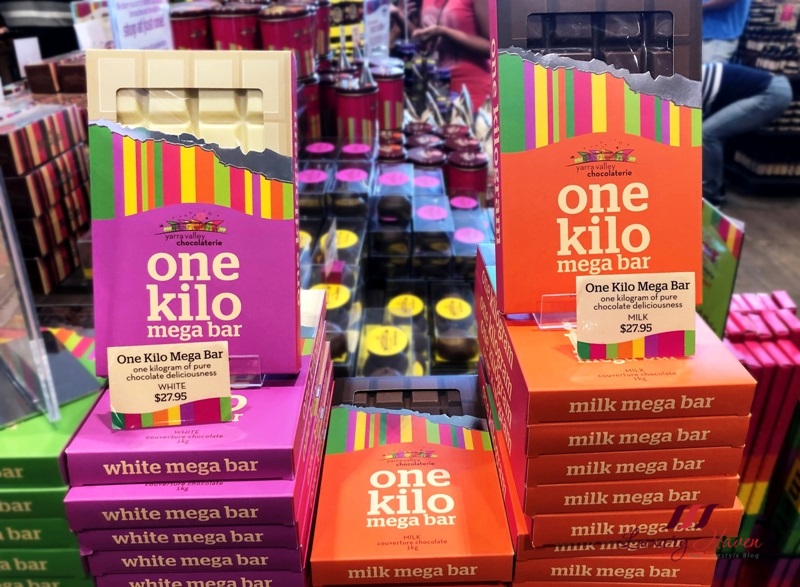 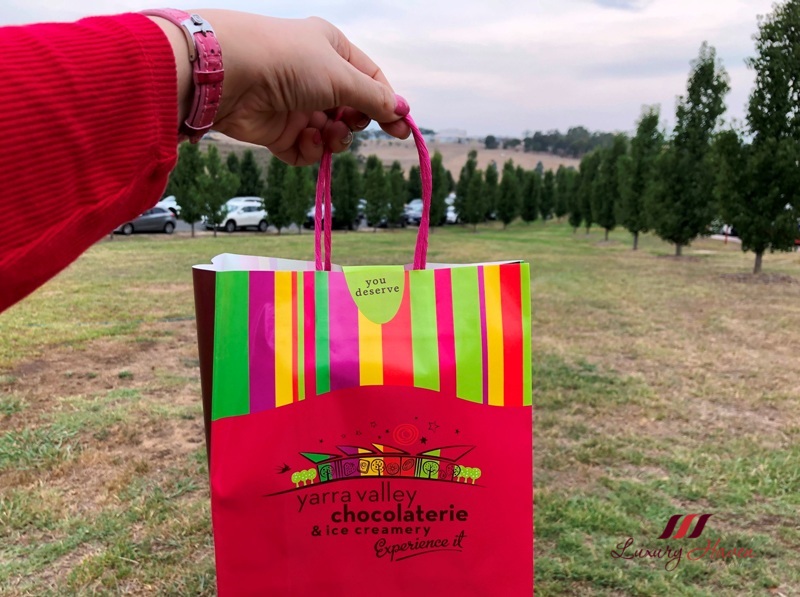 Next stop, delight yourself in complimentary chocolate tastings at the Yarra Valley Chocolaterie & Ice Creamery. Watch the art of chocolate making, and shop to your heart’s content in their choc-filled showroom. 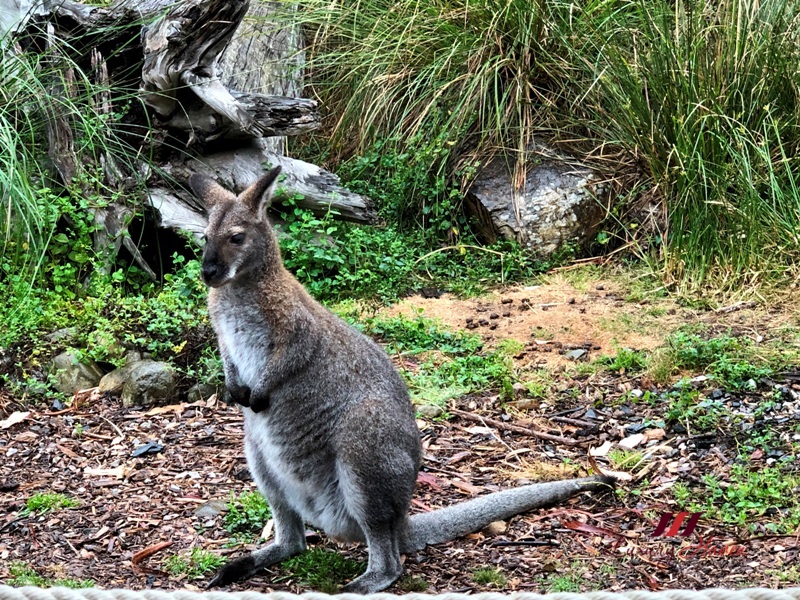 Come face to face with Australian wildlife at the Healesville Sanctuary after a satisfying lunch and wine/chocolate tasting sessions. Home to over 200 species of native animals, visitors will get to stroll through paddocks of kangaroos and wallabies and if you are lucky, you may even witness their boxing skills. 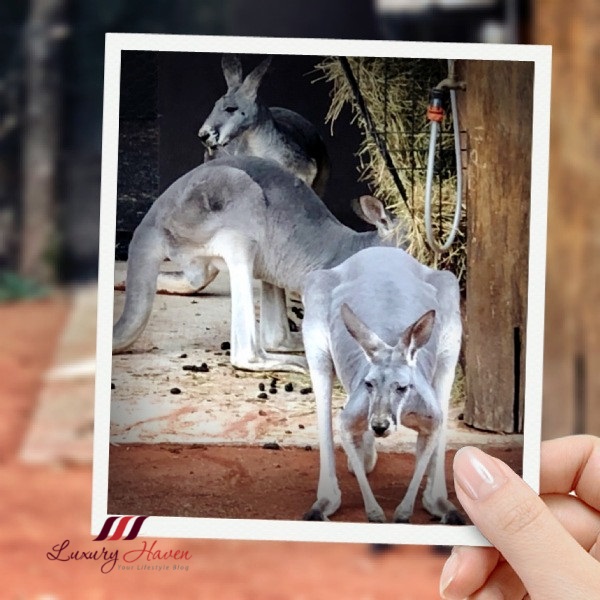 Meet the Red Kangaroo, the largest of all kangaroos native to Australia! But do you know that Red Kangaroos are not always red? Males range in colour from pale red to reddish-brown, and their female partners are usually a bluish grey. These Red Kangaroos with long, pointed ears can jump up to 9 metres in length and 3 metres in height, and can reach speeds of more than 60km per hour! 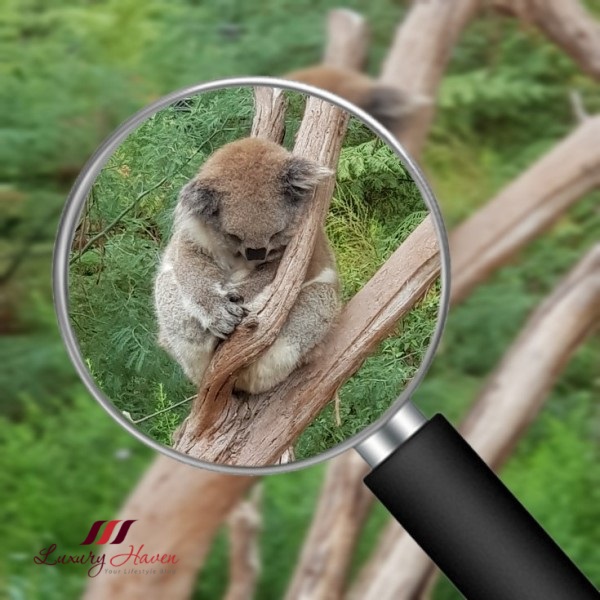 From Kangaroo Country, let us hop over to the treetops of the Koala Forest to meet the most adorable Koala Bears. These nocturnal animals spend about 18–20 hours sleeping because their metabolism is slow, an adaptation for handling a diet that is low in nutrition and hard to digest.

Do you know that Koalas have pouches too? Only difference, they open down instead of upwards and Koala babies tend to remain completely inside the pouches until they’re about 22 weeks old. 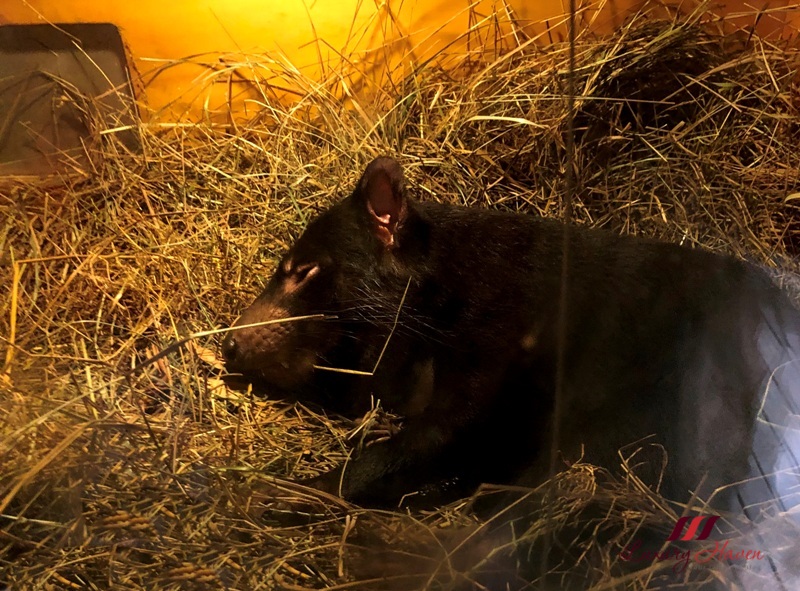 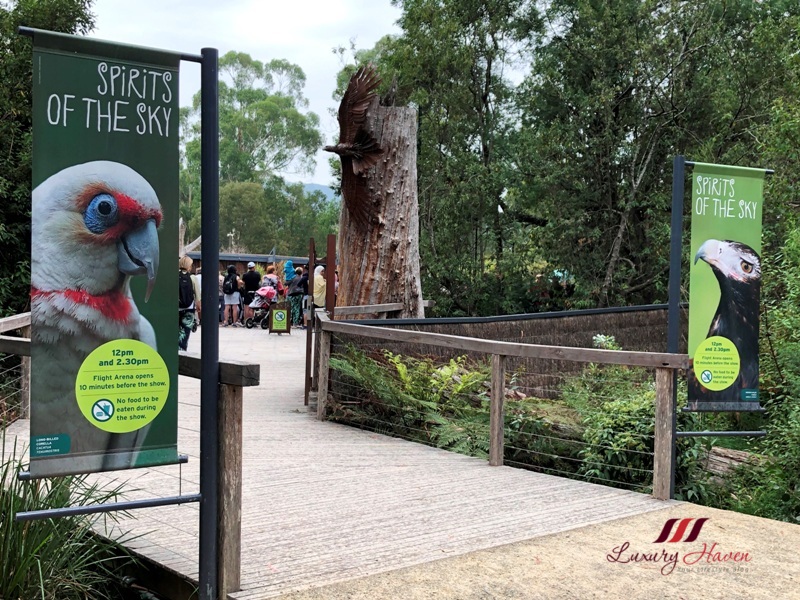 Next, catch the fantastic Spirits of the Sky experience as these Australia’s amazing birds of prey and parrots show off their incredible skills and demonstrate their ability to fly. 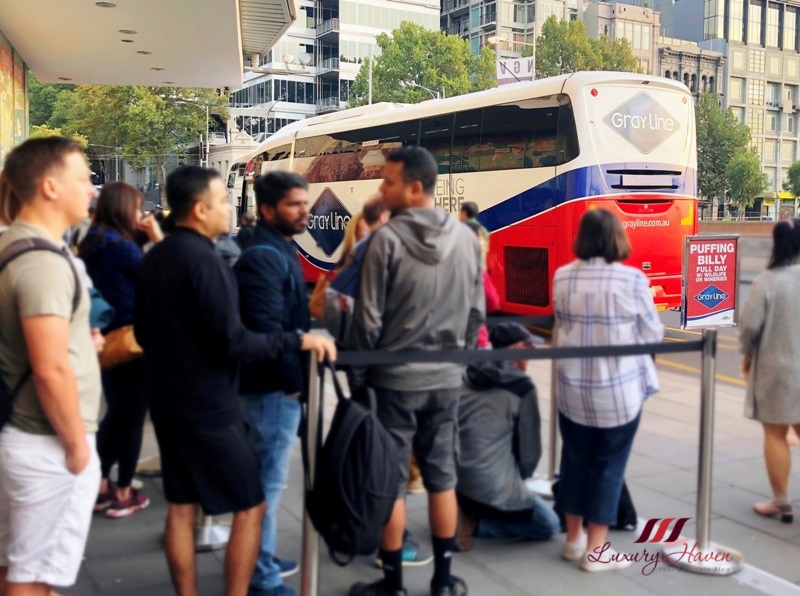 Well, the entire tour with Gray Line ended around 4pm, where the coach took us back to downtown Melbourne. The tour was well organized with friendly and professional coach captain. It was quite a fulfilling day, and there was ample time given at every stop, allowing us to enjoy at our pace.

Although we were could not stick our legs out in the Puffing Billy train like before, it was still a good mountain retreat with unparalleled views of the countryside on the world famous steam locomotive, which is hard to come by for city dwellers like us. I hope the ban will be lifted soon, and I can take my prince to ride on it in the near future.

Did you miss this clip we have put up for you in our previous post? Do show some love by Sharing and Giving Us a Like at YouTube!

* This is a sponsored Media Trip by Visit Victoria, and Tour by Gray Line Australia. The author only recommends products or services she uses personally which she believes to be beneficial for her readers. Views and opinions expressed in this blog are purely by the author.