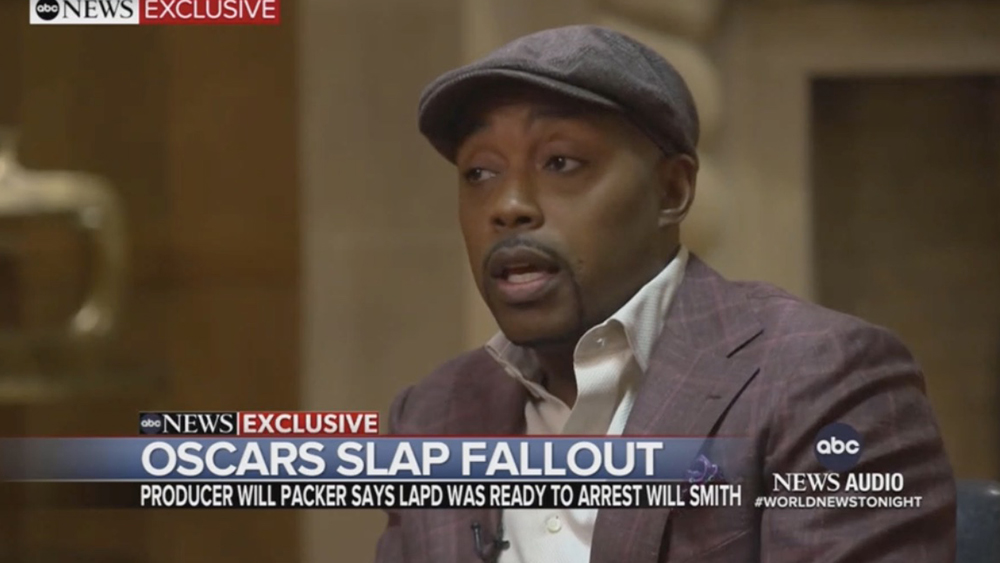 Oscars producer Will Packer has addressed Will Smith slapping Chris Rock at the Oscars on Sunday night. In a preview clip of Packer’s upcoming interview on “Good Morning America” with T.J. Holmes, he revealed that the Los Angeles Police Department was on the scene Sunday night and ready to arrest Smith if Rock wanted to […]