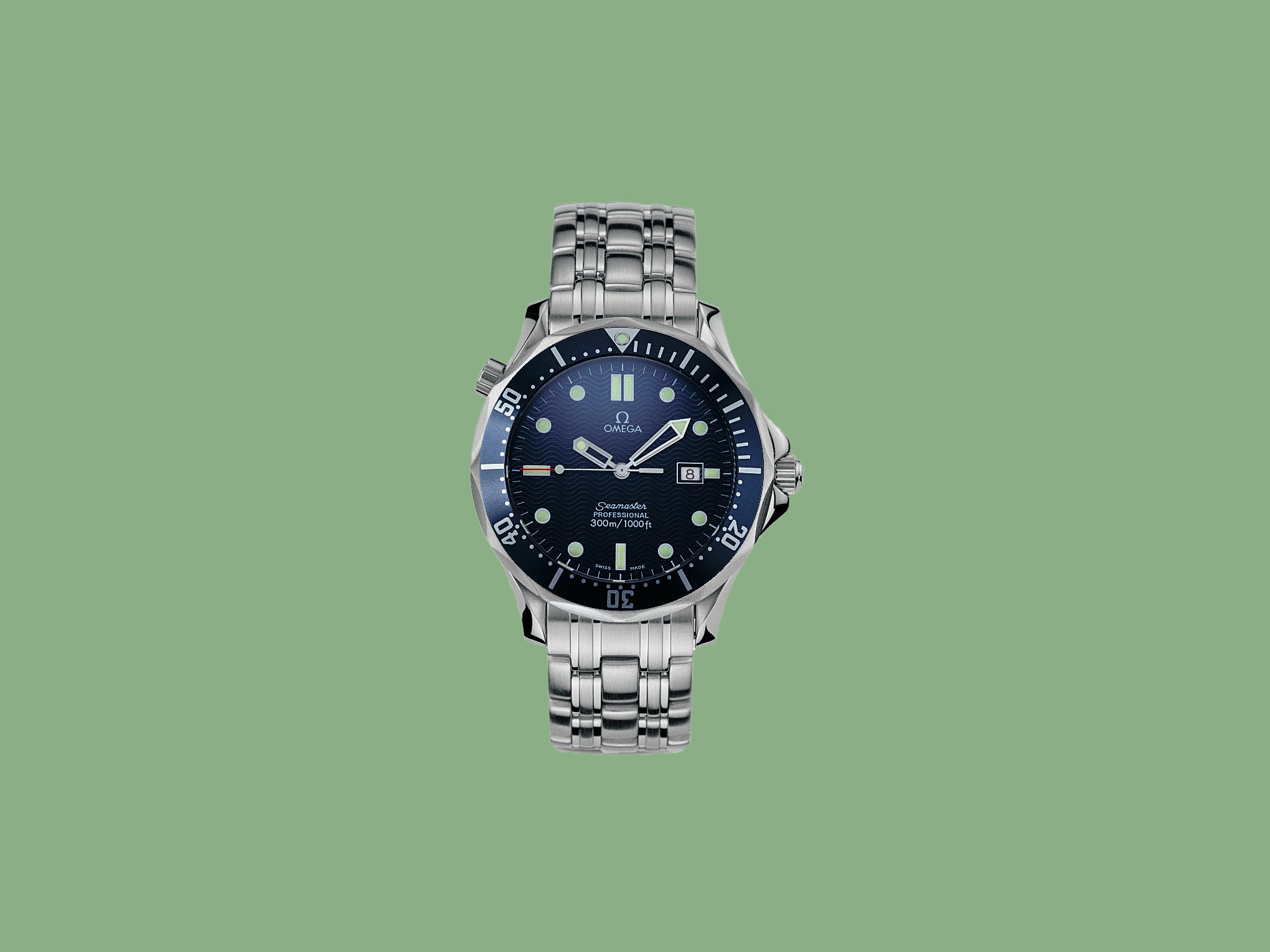 The rear moving image of the 007 opening sequence is achieved on this mechanical watch with no screens or digital displays via the use of moiré animation, where interference patterns are produced when an opaque ruled pattern with transparent gaps is overlaid on another similar pattern. For the pattern to appear, the two designs must not be identical, but rather displaced, or in this case, rotated.

Omega’s patent-pending design sees the spinning aluminum disc of the animation powered by the running of the lollipop central seconds hand. This allows the sequence of four images to repeat at a 15-second interval continually as the Co-Axial Master Chronometer Calibre 8806 drives the watch.

Gregory Kissling, Omega’s VP of product, says the difficulty was nailing the precision of the animation. “We started initially with seven figures in the sequence. But the problem with seven was as there’s a tiny difference between the disks, you have a ghost effect. So we decided to divide the sequence into just four images.” This need for precision is also why these Seamasters have screwed-in case backs rather than “twist in” ones. This allows for the different layers of the illusion’s mechanism to be in perfect alignment, something not possible with the previous Seamaster case back. “We had also to manage the distance between the disk and the sapphire crystal,” says Kissling. “It requires very, very tiny tolerances—plus/minus 0.05 millimeters.”

Kissling states that the two pieces, along with the movement itself, has been four years in development. But, surprisingly, Omega isn’t the first to produce a watch that animates the Bond opening sequence. That honor goes to the Zeon James Bond 007 Talking Animated Watch from 2000. At the press of a button, this rare quartz digital watch would display a moving bitmap version of the scene, complete with a frankly terrible rendition of the “James Bond Theme” by Monty Norman. You can watch it here at about five minutes in.