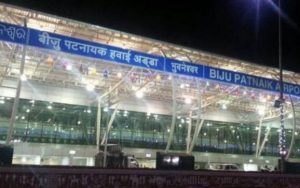 Bhubaneswar: With a mutated coronavirus strain identified in UK leading to panic across the globe, Odisha Health and Family Welfare Department Friday said that as many as 61 people from 12 districts have so far returned to the state from that country.

According to information shared by the government, the identified 61 people returned to Odisha from December 7 onwards. Apart from the 23 UK-returnees to Khurda, five have returned to Cuttack, three each to Berhampur and Koraput, two to Nabarangpur and one each to Nayagarh, Sambalpur, Jagatsinghpur, Bolangir, Puri, Jajpur and Rairangpur in Mayurbhanj district.

The state health department has provided all the information of the patients to the collectors of the above-mentioned 12 districts asking them to get their RT-PCR test conducted. Their contact tracing will also be carried out.

The samples of those who tested positive Thursday have been sent to National Institute of Virology in Pune for further testing.