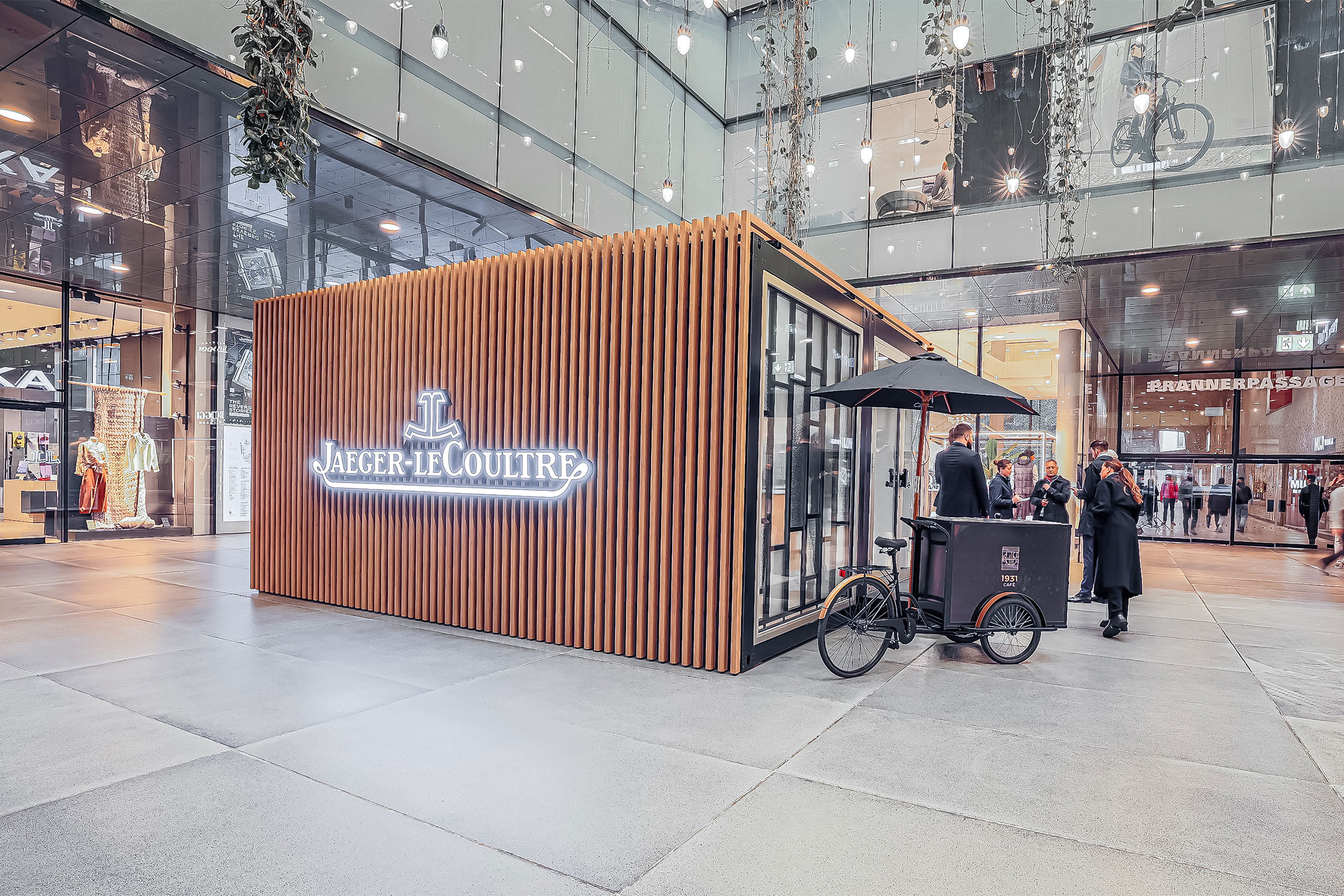 Jaeger-LeCoultre’s manufacture is tucked away in the lush green Vallée du Joux. Yet last week, the horology house went mobile with a new pop-up, starting its journey in the alpine city of Munich, Germany. Lasting almost two weeks from November 3 to 15, the Reverso Timeless Stories exhibition opened to the public, educating visitors about horology and its famous Reverso watch.

What is the Reverso?

The Reverso is a an absolute icon within the Swiss watch industry, boasting a long history. Back in early nineteen thirties, the transition from pocket watches was over and wristwatches had become the norm. In colonial India, a Swiss-born watch distributor by the name of César de Trey was invited by some British colonial officers to watch a game of polo. The officers asked him if he might help them to create a watch that could be protected from the knocks of the game, to avoid the glass of their wristwatches cracking.

Working with his friend Jacques-David LeCoultre for advice on the movement and French designer René-Alfred Chauvot for the case, the Reverso was born in 1931 and swiftly patented. Reverso, as scholarly readers will know, is Latin for ‘I turn’: the Reverso case has the ability to be flipped over and reversed. Today, there are numerous models available, with an ever-increasing range of complications. The extraordinary Quadriptyque, for example, has a total of four different dials on rotation, integrating no less than 11 complications. This includes horological wonders such as a perpetual calendar, tourbillon and minute repeater.

At the Reverso Timeless Stories exhibition, guests have the opportunity to discover some of these breathtaking pieces for themselves. But that’s not all: divided into three sections (including the array of important watches from the Reverso’s timeline), the space also includes an art installation and the 1931 Café, where passers-by can pick up a complimentary bite to eat. Last but not least, Jaeger-LeCoultre decorate their free-of-charge spot at upscale shopping spot Fünf Höfe (meaning ‘The Five Courtyards’) in Munich with their very own Christmas tree, designed by lettering artist Alex Trochut.

Alex Trochut is a Spanish artist, whose prestigious portfolio includes the likes of Katy Perry’s album cover Roar and The Rolling Stones’ Rolled Gold: The Very Best of the Rolling Stones. When it comes to Jaeger-LeCoultre, for whom Trochut is part of the brands ‘Made of Makers’ artistic programme, Trochut uses his famous contemporary alphabet style, as can be seen on the Christmas tree.

More importantly for fans of the watch, however, is that his lettering is now in use for Reverso caseback engravings. Engraving the caseback of Reverso timepieces has a long history. King Edward, for example, put his crown, initials and date of his imminent coronation on his Reverso. Now, however, the strongly Art Deco watch gets a new spin with the option to include an engraving styled by Alex Trochut.

It makes for a highly modern look, while still in keeping with the DNA of the Reverso with its signature gadroons outlining the case. The alphabet used for the engravings on the watch casebacks were specially created for Jaeger-LeCoultre. Trochee’s recognisable design elements are also present in the aesthetic of the 1931 Café.

Michael Murphy and his Spacetime installation

As mentioned, Jaeger-LeCoultre’s ‘Made of Maker’s’ involves a series of collaborations with artists, artisans and designers from outside of the horological world, bringing new creativity to the table.

Another participant of the programme is Michael Murphy, whose installation Spacetime also made an appearance at the pop-up. We’ve seen his work with JLC before, for example when he exhibited his work at the 90th anniversary of the Reverso celebrations in Paris last year. Comprising of numerous components suspended in the air, its presentation enables viewers to experience the complexity of a movement in 3D.

We can expect to see the Reverso Timeless Stories Pop-Up in other cities soon – rumour has it the next stop is Japan.