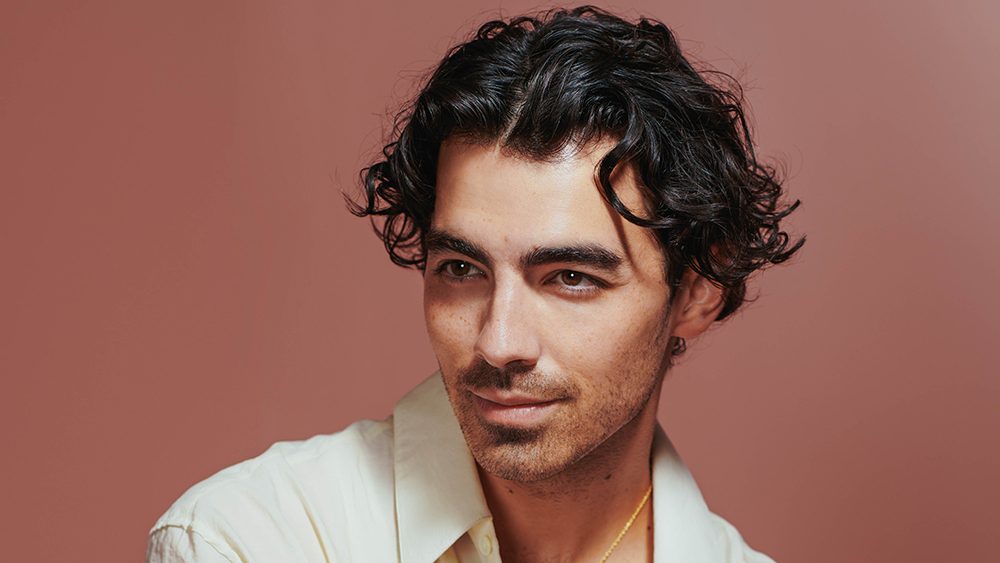 Joe Jonas is disappointed with his history teachers. He says it’s a shame that he was never taught about Jesse Brown, the Navy’s first Black fighter pilot who served in the Korean War.

“I don’t know whether to be mad at my history teachers,” Jonas tells me on this week’s episode of the “Just for Variety” podcast. “When I got the audition. I read the book, read the script, met the director and I was just like, ‘How have I not heard of this story of these two incredible brave individuals and the Korean War?’ I think in school you just go from World War II and then you just skip [the Korean War] and we don’t focus on it enough.”

“They come home and they’re not always treated well…We have got to look after them, they’re so important and I wanted to touch on that,” Jonas says. “They’re also not alone. We’re here for you. Let’s have a conversation, reach out, pick up the phone, call that person who has served and check in on them.”

Since its release, “Not Alone” has entered the Oscar conversation for best original song, alongside tracks from Rihanna, Lady Gaga, Taylor Swift and Selena Gomez.

“They’re all so brilliant and I love all the songs that I’ve heard that they’ve done,” Jonas says of the possible competition. “They’re on my shortlist of playlists. It’s been a busy year of music and TV and film. I’m just grateful to be even within that conversation. I think the 17, 18 years of experience I have at this point, I’m just grateful that I get to do what I love. I know that sounds like a very political answer here, but you’ll drive yourself crazy if you obsess over it. That’s why I have a great therapist. I try to just focus on the opportunity that I get to create music. This was something I never expected to happen.”

Tell me about your audition for “Devotion.”

It’s been a minute since obviously I’ve done any acting. The pandemic really gave me plenty of time. Touring wasn’t really an option, so I was like, well, what am I going to do with myself here? I obviously love acting and it’s something I’ve always wanted to get back into. And it was just like any other audition process. Put myself on tape and called back on tape, met the director J.D., we spoke about the project and it went from there. And then last January pretty much picked up and moved to Savannah, Georgia, for a couple months. It was a wild experience.

Does Joe Jonas get nervous putting himself on tape?

When you have a wife like Sophie Turner, who is a phenomenal actress, the one filming you and directing you through it, you got to bring your A-game. She’s my toughest critic. Yes, I’m going to be a little nervous [but she’s] super helpful and I feel like what a great acting coach to walk me through this. And I do have her to thank.

What was the first note Sophie gave you where you realized, “Oh, she’s really telling me what to do?“

It was when I think I nail it and then she’s like, “No, you’re going to have to do that again.” I’m like, “Shit!” But that’s what it’s about. I’m glad that she gives me her honest opinion. That’s what you need.

What was it like putting on a military uniform for the first time and seeing yourself as Mart?

I remember walking into the fitting for the film and looking at all the photos of the young guys. For some reason they decided to choose a bunch of shirtless photos of these guys. And I’m like, “Damn, I’m going to need to work out a little bit more.” That was the first thing. Then, you put on that military uniform, but there’s no way to compare to what these actual service people go through and what their lives are like. We’re just playing dress up at the end of the day. I have military in my family. My grandfather served. My cousin Eric is a naval officer and he’s highly ranked. I called him and I asked him a million questions for about an hour when I found out I got the part.

Could picture yourself on the Oscar stage performing?

I can imagine it. Kevin [Jonas] was on stage last year. He played with Reba McIntyre. It’s so cool. I’m like, “Hell yeah, Kev, you’re the first brother to do that.” He’s like, “I got bragging rights for life.”

I have to say the fact that you mentioned your therapist, it’s not often that someone like you mentions they’re in therapy. That’s pretty admirable.

I spoke to her for an hour just before our call. We have got to check in with ourselves. It’s so important. I move a million of miles an hour and you’re just hopping city to city. Also at the end of the day, we’re just people and we need to look after one another and check in with ourselves. There were years where I didn’t look after myself and I was just going, going, going and I was feeling crazy and feeling really affected by every little thing. And then you speak to somebody and you’re like, ‘Oh, this is why.’”

Do you remember a role you went up for that destroyed you when you didn’t get it?

I can name probably a couple. In the moment, you’re destroyed or you’re defeated. But you realize this person was brilliant. I remember years ago I was up for Spider-Man and I was so, so excited and it was the year Andrew Garfield got it. Obviously, he was the right one. But I remember that was a big thing at the time, going back for callbacks and the director used to be a music video director. So I was like, “I got an in here.” But you know what? I love the process of auditioning and putting yourself out there and having to prove yourself.

Did they ever put you in a Spidey suit?

No, but I’m sure I had one that I would try on occasionally back in the day.

Will you and Sophie ever act together?

Oh, interesting. Who knows? I think it comes down to the right role or project. I think it would be fun. We like the idea of maybe building a project or projects together down the road. We have a lot of ideas and we bounce ideas off of each other and we have some things that we thought could be really interesting to collaborate on. Maybe just put on our producer hat and put it out there.

This interview has been edited and condensed for length and clarity. You can listen to the full conversation on “Just for Variety” above or wherever you find your favorite podcasts.