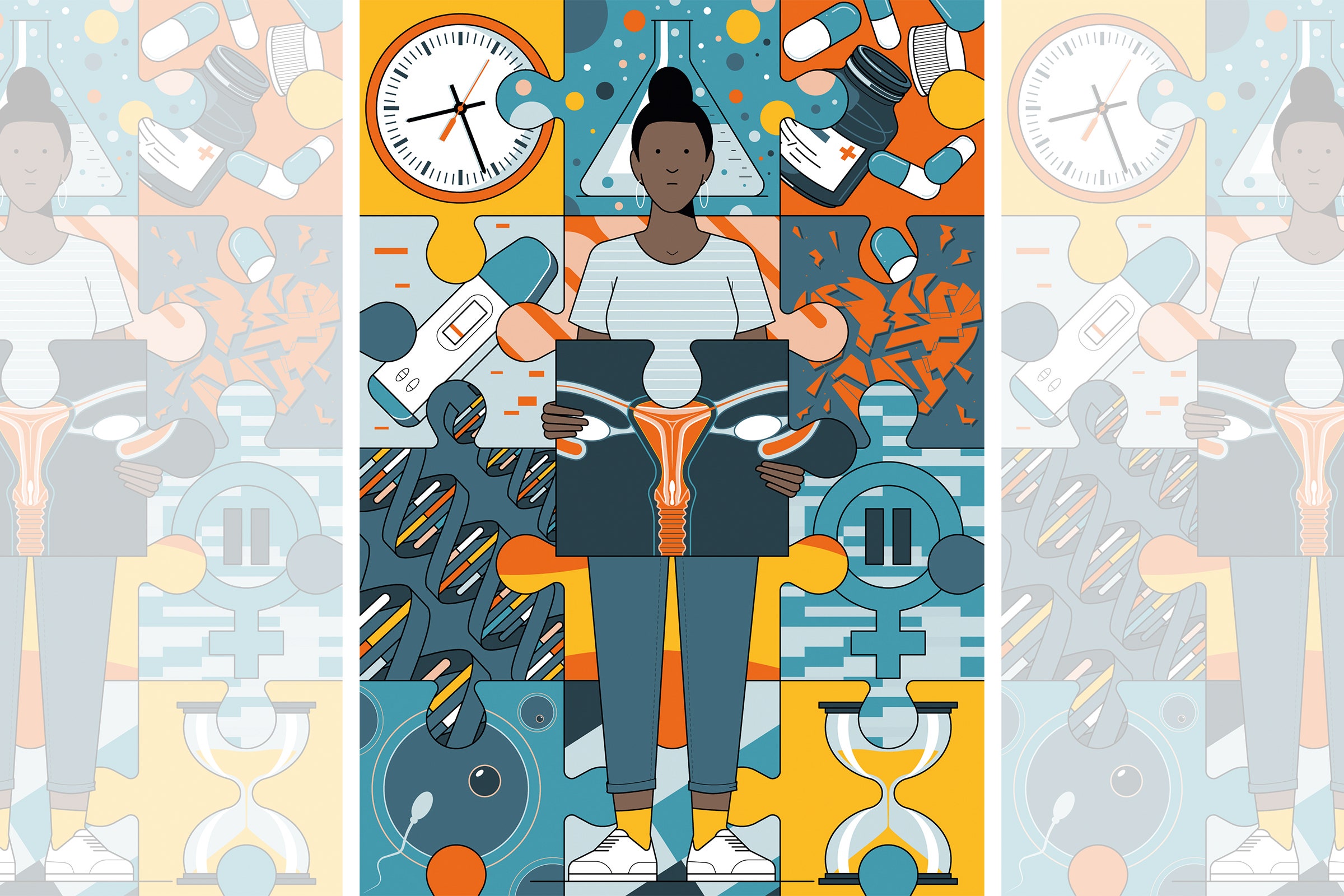 Women’s ovaries age prematurely, at more than twice the rate of other organs. Why that is remains a mystery to scientists, making it one of the most important unanswered questions in the field of reproductive health.

What we do know is that reproductive aging dramatically impacts women’s health. For instance, as more women1 delay childbearing, it can lead to infertility, miscarriages, and birth defects. Ovaries also produce hormones such as estrogen, progesterone, and testosterone, all of which are essential for overall health. Hormonal levels fluctuate erratically during perimenopause. During menopause, they collapse to approximately zero. These hormonal shifts cause a spike in the risk of developing diseases like dementia, metabolic disorders, and depression. Half of postmenopausal women develop osteoporosis, more than double the rate of men; menopause quadruples the risk for a cardiovascular event. Put bluntly, menopause makes a woman’s body age faster: indirectly by interfering with sleep cycles, and directly by speeding up cellular aging directly by at least 6 percent.

The consequences of reproductive aging are profound, yet we don’t understand the most basic things about it—what sets it in motion, why it varies so much between individuals, or why it happens so early. Persistent societal taboos, systemic sex bias in biomedical research, and massive underfunding for research have limited progress in addressing these problems. In 2023, however, multiple forces in society will finally converge to expand funding for female-focused research and leverage scientific breakthroughs to extend reproductive longevity.

In a quest to solve the puzzle of ovarian aging, over the past few years at the nonprofit Global Consortium for Reproductive Longevity and Equality (GCRLE) we’ve engaged an army of scientists to innovate and build a sustainable, impactful research field around women’s health. These efforts will foster new collaborations and dialog between industry and academic scientists that go beyond traditional models to accelerate discovery toward new products, diagnostics, and therapies for women.

This year we’ve seen major scientific breakthroughs, including the first-ever comprehensive aging ovary data set from humans, discovery of a new pathway that regulates ovarian function, and data showing that the ovarian microenvironment has a profound impact on egg aging. In 2023, this scientific progress will continue apace, with the potential discovery of novel biomarkers and therapeutic targets for diagnosing and treating female infertility and menopause.

Women’s health is often treated as a niche subcategory of medicine, garnering barely 1 percent of research funding and biopharma investment while impacting over half the global population. Neglecting women in research has long disadvantaged them. One glaring consequence, for instance, is that over 80 percent of drugs that have been pulled from the market due to safety concerns were because of adverse effects in women. Recently, we’ve also learned that men are more likely to experience severe symptoms and die from SARS-CoV-2 than women. The discrepancy in outcomes between men and women infected with SARS-CoV-2 highlighted the steep cost of ignoring females in biomedical research. In 2023, efforts to understand this biological variability will accelerate, with the development of more diagnostics and treatments optimized for the two sexes.

In 2023, we will also see a huge reallocation of both public and private resources for R&D to extend reproductive longevity. There’s already a surge of interest in aging research among government funders and private investors to increase healthy longevity. As life expectancy increases and fertility rates decline, the world’s population skews increasingly older, putting extreme pressure on health care systems. A woman’s age at menopause is connected to her overall lifespan, and this extends to her male brothers. We don’t yet understand why, but it means that insights into ovarian aging are important for everyone. Despite an almost doubling of the average lifespan for women over the past century, reproductive span has not increased, meaning that soon women will be living a larger proportion of their lives in the time after menopause, when health is compromised. Investors are waking up to the huge opportunities in this massively underserved market, as women control 80 percent of health care spending. Furthermore, understanding how and why ovaries age prematurely will also help us understand aging in both men and women.

2023 will be a historic moment: The conversation about women’s health will advance, scientific breakthroughs will deepen our understanding of reproductive health, and women around the world will finally be empowered with options and parity in their reproductive health choices.

1. The words “woman” and “women” here refer to anyone who has ovaries. We want to be respectful and inclusive of people who are not woman-identified, including trans and nonbinary people.