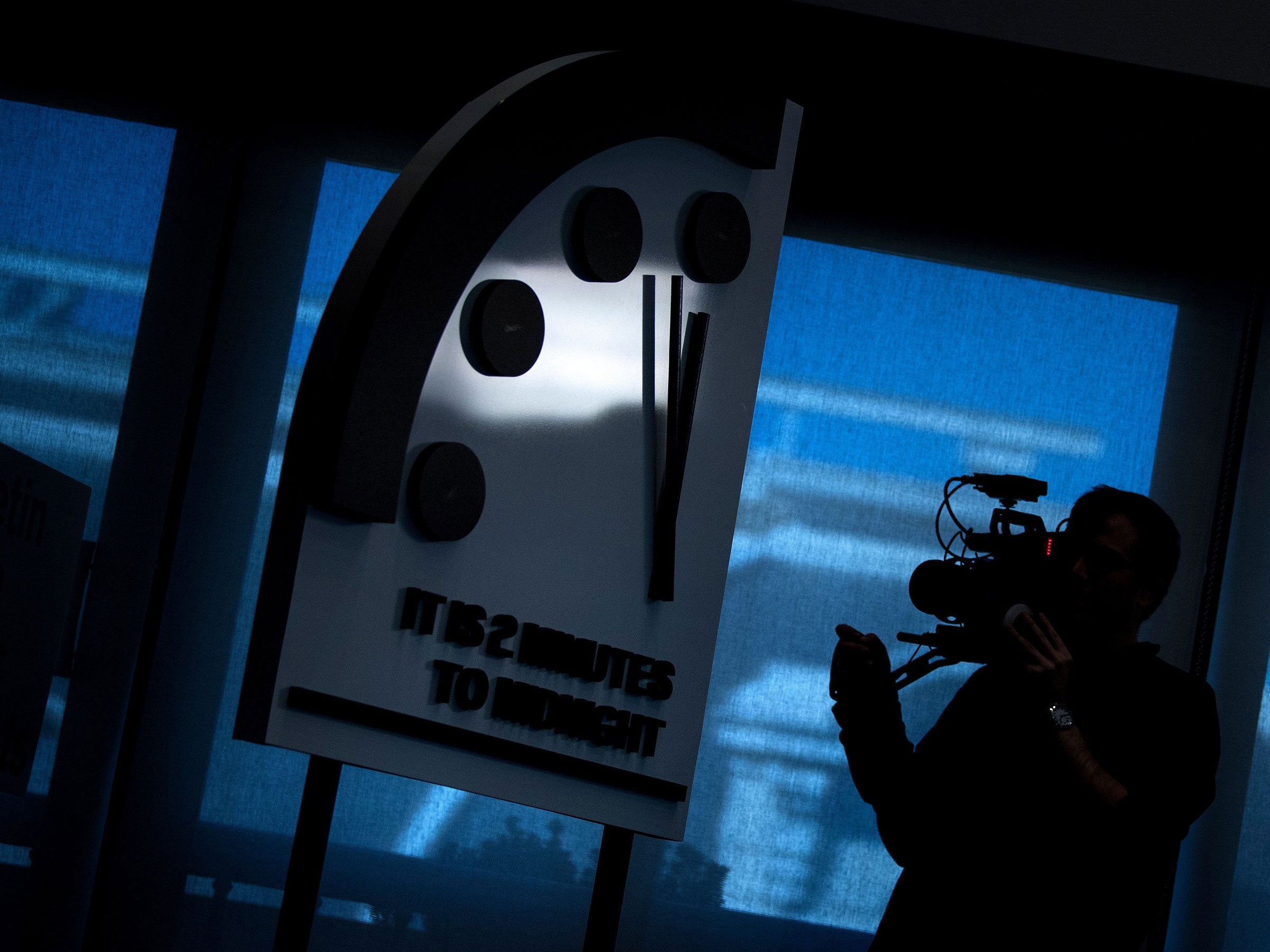 These high-impact, low-probability events are poorly understood, but they’re not the only ways that climate change can have a severe effect on the planet. As existential risk researcher Luke Kemp has noted, a much warmer world is less resilient to other kinds of catastrophic risks. It’s harder to imagine humanity bouncing back from a terrible pandemic or a nuclear war in a world with catastrophic levels of warming. Climate change isn’t only a doomsday risk in itself—it’s a risk multiplier that increases our vulnerability to all kinds of events.

“If you were starting from scratch, you might think for climate you’d have something more like a thermometer,” says Pierrehumbert. But even that metaphor has its drawbacks. Would the temperature represent warming now, or what we have in store for the future? And is there a temperature equivalent to midnight—a real point of no return? Pierrehumbert suggests that warming that would make the world uninhabitable for about half of humans could be considered a climate doomsday-like event. We’re not on track for anywhere near this amount of warming, but as Pierrehumbert points out, as long as there are fossil fuels left to burn, the risk of climate change never completely goes away.

One downside of the clock metaphor, regardless of the threat being considered, is that it makes us concentrate a little too much on the here and now. “The clock isn’t really meant to say how risky a nuclear war is this year,” says Pierrehumbert. It’s meant to be an assessment of the fundamental state of risks that could take decades to play out. These are already complex, and climate change is like a multiplier to these risks—add it into the mix and everything else just becomes that little bit more uncertain and chaotic over long periods of time.

Where does all this leave the Doomsday Clock? It remains a powerful reminder that self-inflicted disaster is never far away. But it also undercuts the complexity of climate change and the way that risks spread across time and bleed into one another. Viewed from a time when we face a multitude of possible catastrophes—pandemics, rogue AI, and a rapidly warming planet—the Doomsday Clock is a warning from a much simpler era.