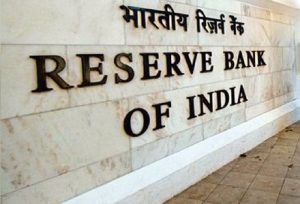 Mumbai: The economy is coming out of the COVID-19 pandemic’s deep abyss faster than most of the predictions. Growth in India will enter positive zone in the third quarter of the current financial year, said an article on the ‘state of economy’ in the ‘RBI Bulletin’. “…More evidence has been turned in to show that the Indian economy is pulling out of COVID-19’s deep abyss and is breaking out amidst winter’s lengthening shadows towards a place in the sunlight…It is reflating at a pace that beats most prediction,” said the article written by the officials of the Reserve Bank of India (RBI).

The Indian economy dipped by a historic 23.9 per cent in the first quarter of the current financial year due to the impact of COVID-19. The contraction narrowed down to 7.5 per cent in the second quarter.

Quoting reports, the article said, ‘Real GDP growth is expected to break out into positive territory in Q3 – albeit, to a slender 0.1 per cent’.

Two important forces are conspiring to bless this turning of the page on the virus, the article said.

“The fiscal measures have been sequenced in a designed shift in focus from consumption expenditure in Pradhan Mantri Garib Kalyan Package (PMGKP) to investment expenditure in Aatma Nirbhar 2.0 and 3.0,” the article added.

Abstracting from the inherent flux in high frequency indicators, the underlying trend would reveal that the pick-up in momentum of economic activity that commenced with the onset of the second half of 2020-21 is sustained, it noted.

“The absence of the dreaded ‘second wave’ of pandemic in India so far has imparted elevation to this momentum in an environment of supportive macroeconomic policies, spurring a faster unlock and normalisation of the economy,” the article said.

RBI said the views expressed in this article are those of the authors and do not necessarily represent the views of the central bank.

Authors of the article further said that contractions forecast by various agencies for the year as a whole are already being trimmed, and if the current momentum is maintained, the bounce back expected in the last quarter of the year may be stronger than postulated under baseline assumptions.

“At the same time, efforts need to be redoubled to excoriate the ‘worm in the apple’ – inflation – before it hurts the impulses of growth that are taking root,” the authors said.