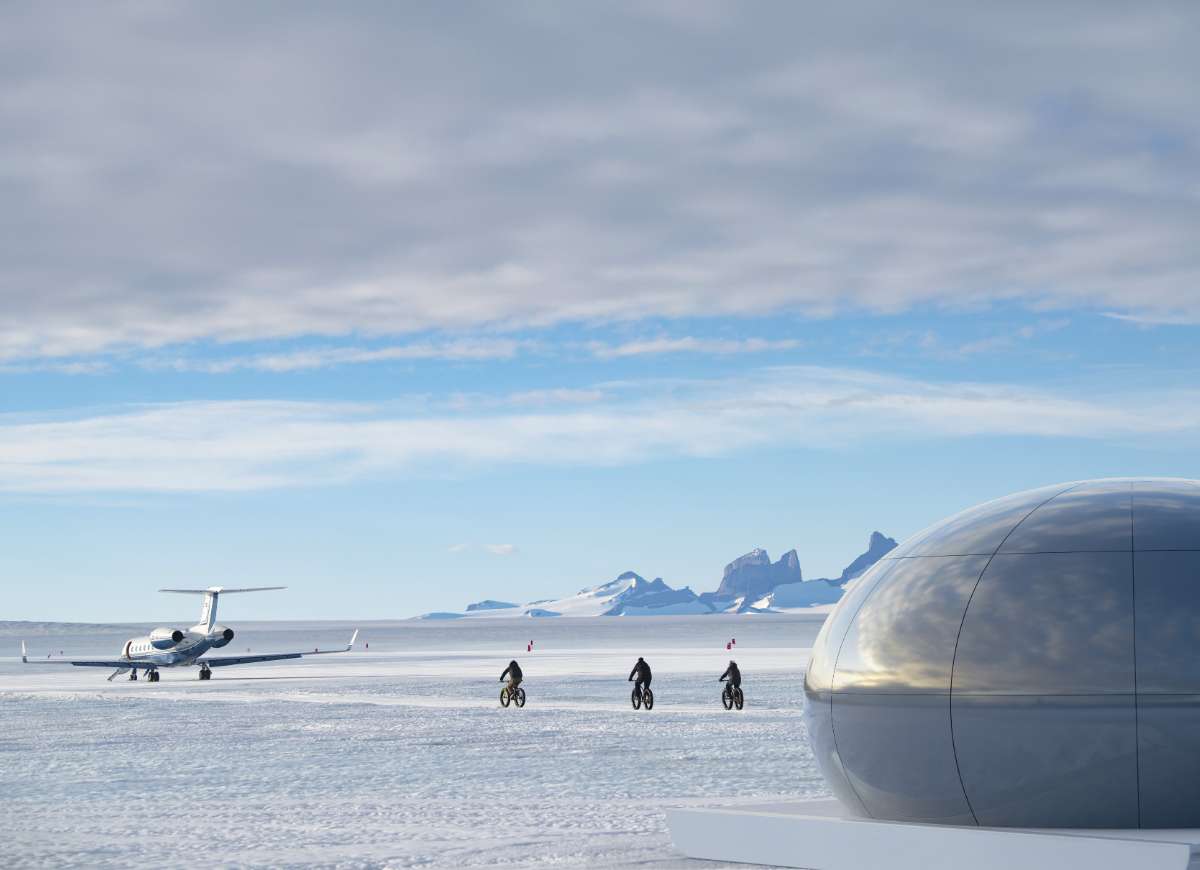 Launched in December 2022, Echo Base is the newest camp by South African tour operator, White Desert.

The camp features six futuristic, heated sky pods, inspired by astronauts and the age of space exploration, which sit on the stark white terrain of Antarctica for a limited season.

Says Virts of the Echo landscape, “The mountains are the most beautiful I have seen across Earth, Venus and Mars.”

Up to 12 guests staying at Echo Base can have exclusive access to the rarely seen, or trodden, interior of the Continent and its endless daylight, reached by a five-hour flight from Cape Town.

Guests step directly from the plane and are escorted to a private lounge where a martini, shaken with 10,000-year-old ice, is waiting.

Its seven-day flagship South Pole and Emperors itinerary, priced at US$104,000 (about AUD$147,843) per person (inclusive of private jet flights to and from Antarctica), is hosted by a team of chefs and high mountain expert guides ready to take guests to a nearby Emperor Penguin colony, or on a bucket-list journey to the South Pole. Other activities include fat biking, skiing, snowmobiling, and 4×4 Arctic Truck driving as well as expertly guided hiking, ice-climbing and mountaineering.

Echo Base in Antarctica took three years of planning and more than 1,000 square metres of moulded composite fibreglass to construct.

As with all camps by White Desert, Echo has been designed to be dismantled without a trace at the end of its limited season each year.

White Desert was established by record-breaking polar explorer duo Patrick and Robyn Woodhead in 2005, who sought to allow people other than scientists and polar explorers to see the wonders of the interior of Antarctica.

Since its inception, White Desert has recognised the importance of offsetting its carbon emissions and fully offsets its operations through several accredited renewable projects. The company has been carbon neutral since 2007. In recent years, it has also started to use its planes to transport scientists to Antarctic research stations.

In 2021, the company signed up for the Glasgow Declaration and, in line with the UK’s Net-Zero target, White Desert aims to replace all Jet A-1 fuel it uses in Antarctica with SAF over the next three to five years.

Other White Desert camps include Wolf’s Fang and Whichaway.