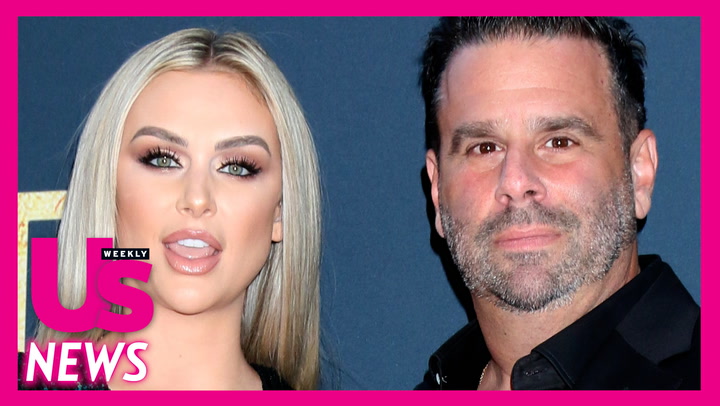 Not holding back. Following her split from Randall Emmett, Lala Kent has offered insight on how she is moving on from the relationship.

Vanderpump Rules viewers, who were introduced to Kent in 2014, were kept in the dark when it came to the reality star’s dating life. The Give Them Lala author started seeing Emmett ahead of season 5, but kept their relationship quiet for two years.

In 2018, the twosome announced their engagement after going public earlier that same year. After Emmett and Kent postponed their April 2020 wedding ceremony due to the coronavirus pandemic, the pair welcomed their daughter, Ocean, one year later.

The Row actress sparked split speculation after she deleted all the photos of the director from her social media in October 2021. One month later, Us Weekly confirmed that they had ended their engagement and were going their separate ways.

“Randall did not want to split but it was Lala’s decision. The trust is gone,” an insider exclusively shared with Us at the time. “He’s been trying to win her back. … For now, she’s not wearing her ring and she’s truly focused on her daughter and her projects. She’s trying to keep everything private.”

Kent, who had already filmed season 9 of Vanderpump Rules with her then-fiancé, offered a glimpse at what she learned filming the reunion special after her breakup.

“I’ve been on this show for six years, I’ve changed a lot as a person — no one can tell me otherwise. … So, when I think back on my time [on the show], I love it, it’s been the ultimate mirror for me, but after that reunion, I sat back and thought, ‘Is this the space for me anymore or do we need to do some soul searching?’” the singer confessed during a December 2021 episode of her “Give Them Lala” podcast.

The beauty mogul claimed that she hadn’t received support from most of her costars after addressing her personal life during the reunion.

“I didn’t hear from one person on my cast except for Raquel [Leviss] to say, ‘Hope you’re doing OK,’” Kent said. “That was very telling for me. … I’m not saying that this group of my friends are bad people in any way. Just because I’m going through something doesn’t mean the world stops. … But I was visibly upset on the reunion, and for not one of them except for my little Bambi to reach out and say, ‘I just want to say I’m sorry for what you’re going through,’ was, like I said, eye-opening.”

That same month, Kent explained how difficult it was to find out new information about the film producer now that they were no longer together.

“The only truth I feel that existed in my relationship was me and my daughter Ocean. That is where the truth ended. That is a hard pill to swallow,” she shared on her podcast. “There are moments [where] I sit here and say, ‘How can I go out into the world and trust anybody ever again? But it’s important for me to learn how to do that because I know that there are a lot of women out there that are going through the same thing that I am and it’s not right. I have to fight for them. I have to fight for Ocean.”

Scroll down to see everything Kent has said since parting ways with Emmett: