The EU’s top diplomat rebuked on Thursday (28 October) the Kremlin’s attempt to strong-arm Moldova over a new gas deal, saying a commodity like gas should not be used as a geopolitical weapon.

The Financial Times reported on Tuesday, citing sources, that the Russian state gas company offered Moldova a cheaper deal in exchange for adjusting its free trade deal with the European Union and delaying energy market liberalisation pushed for by Brussels.

Moldova has declared its intentions to join the EU one day and in 2014 signed an association agreement with Brussels in an effort to deepen ties with the bloc.

The Kremlin denied the allegations on Wednesday and its chief spokesperson Dmitry Peskov said “there are no political moments here and there cannot be any. These are purely commercial negotiations,” according to Reuters.

EU high representative Josep Borrell said, however, following a meeting between the EU and Moldova that “we see attempts by Gazprom to put political pressure in return [for offering] to lower the gas prices”.

The bloc’s top diplomat said Brussels and Moldova’s pro-EU Prime Minister Natalia Gavrilița agreed on boosting Chișinău’s “resilience against any potential efforts by third parties to use energy as a geopolitical weapon.”

“Gas is a commodity, it’s being bought and sold, sold and bought, but it cannot be used as a geopolitical weapon,” Borrell added.

Describing the €60 cheque the European Commission announced on Wednesday as a ‘first step’ in support, Borell said “we have to look for other kinds of solutions than just financing the gap between current prices and the high prices Gazprom is asking for.” 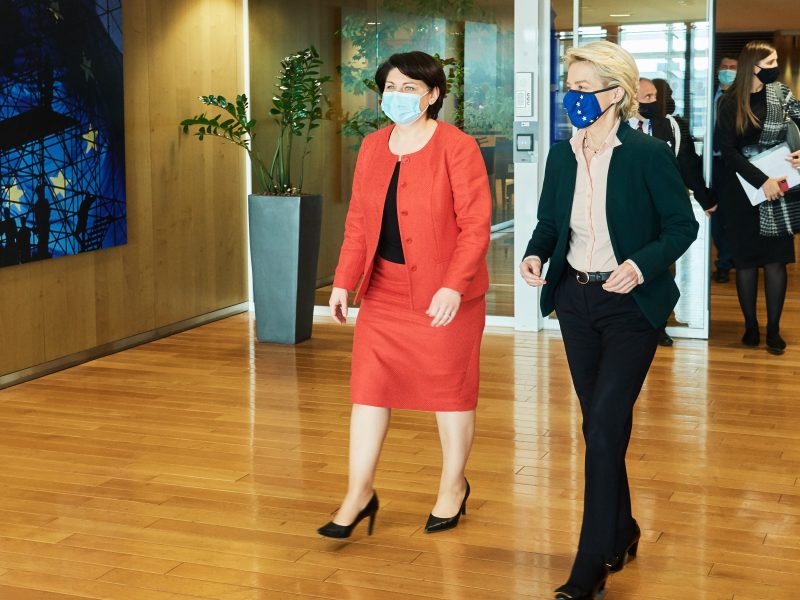 Citing Moldova’s move earlier this week to buy gas from Poland as a good example, a first since the ex-Soviet country’s independence, Borrell said the EU will help its eastern neighbour’s efforts to diversify supply.

Meanwhile, in a rebuke to Kremlin’s demands, Gavrilița reiterated her government’s intention to stick the course in terms of its “European aspirations and our determination to respect and stand by our commitments.

“It is not a mere statement. It is the clear political mandate given to our government following the early elections,” the politician elected on a pro-European platform added. 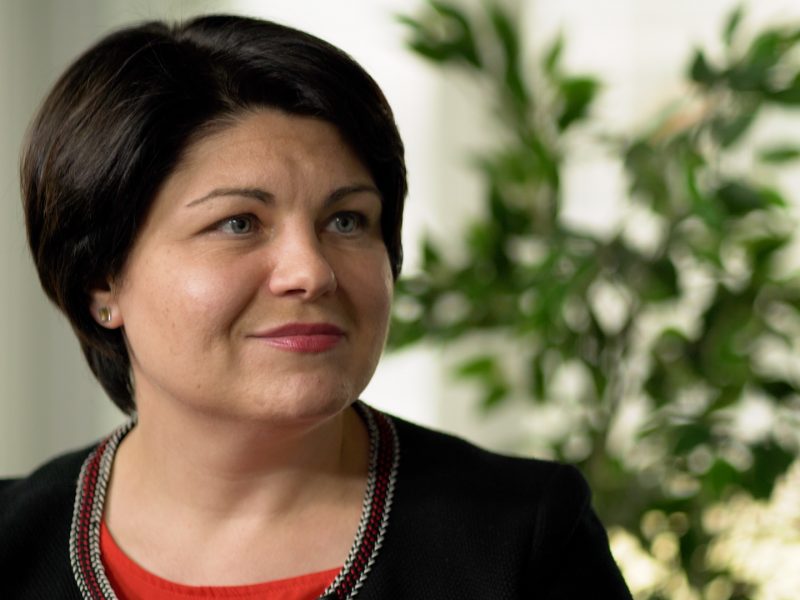 Filip Medunic, an expert at the European Council on Foreign Relations think tank, said the EU should refrain from blaming “Russia for the multitude of reasons behind the gas crunch in the Union, which has in part to do with European decisions as well”.

“But what is true is that Moscow is seizing any opportunity that is opening now to push-back against the EU. In Moldova, the actions are very clear and are demanding effectively the country, or the EU, to ‘pay a price’ for its closer integration with the EU,” he told EURACTIV.

Calling for the EU to come to terms with Moscow seeing the bargaining over energy as part of a wider geopolitical approach, Medunic cautioned that “while [Gazprom’s] contractual duties are fulfilled, any further action is always tied to wider political aims.”

Calling the 60 € grant a ‘good sign’, he said “it is nowhere near any amount that would be needed to offset Gazprom’s price increase.”

“Risking a geopolitical crisis over Moldova would not be clever, but the EU should be prepared to step in and go all the way if necessary. Only then is its policy credible, and not putting an even harder toll on the Moldovan people. After all, Moldovans will decide afterwards whether they continue to support its countries current course”, he added.