The 107m Benetti Lana is available for charter through Imperial after the eight-cabin gigayacht joined the Monaco house’s Charter Central Agency fleet, following delivery to her owner in mid-June. 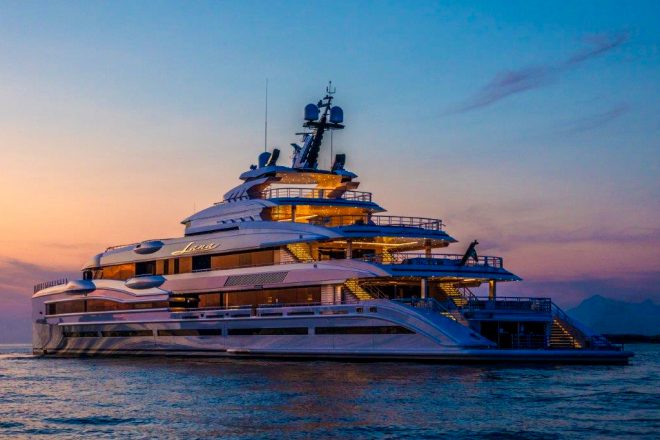 Imperial represents the owner and was also the build supervisor for Lana, whose project name was FB277.

Lana, which joins the 136m Flying Fox in Imperial’s charter fleet, has a crew of 34. She can accommodate up to 12 guests in eight cabins, comprising seven VIP suites on the main deck and a full-beam master suite, which is located on the wheelhouse deck and has two balconies. 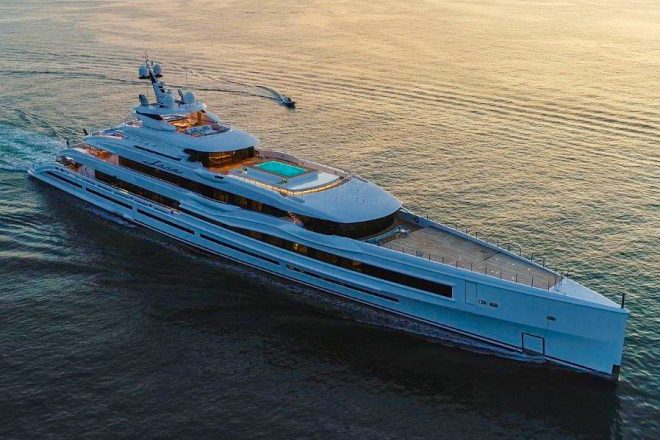 Features include a large swimming pool on the sun deck, 2.7m-high ceilings, a grand piano, touch-and-go helipad, a wide range of toys and tenders, and a luxurious spa with hammam, gym and massage room.

Julia Stewart, Imperial’s Director, said: “It was a pleasure to collaborate once again with Benetti’s professional teams. We would also like to thank the Imperial team behind this impressive success, with their hard work and extreme dedication to making the dream of our client come true. Lana has now entered our Charter Central Agency fleet with a large array of destinations in her bucket list that she will explore.” 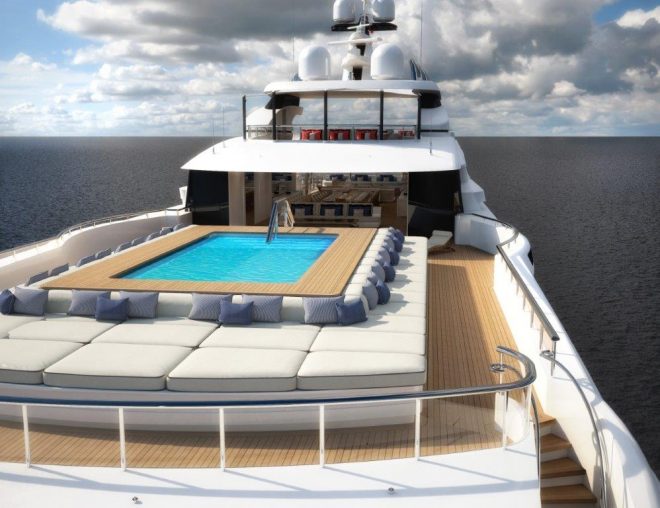 The sun deck features a large pool and interior dining (below) 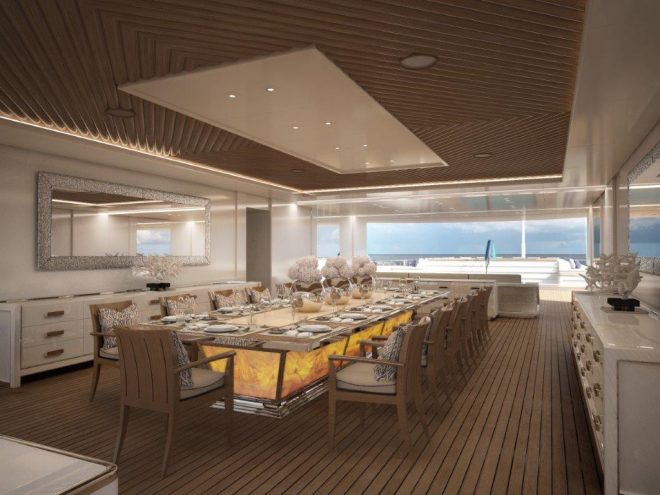 Benetti’s in-house team created both the interior and exterior design of the gigayacht, which has a steel hull and aluminium superstructure, a 15.2m beam and a volume of 3,900GT.

PLANA (PierLuigi Ausonio Naval Architecture) handled the naval architecture of the yacht, which is powered by twin 2,800kW diesel-electric engines, and has a top speed of 18.5 knots and a range of 5,500nm at 12 knots. Two Kongsberg wing stations were among recent additions requested by the owner. 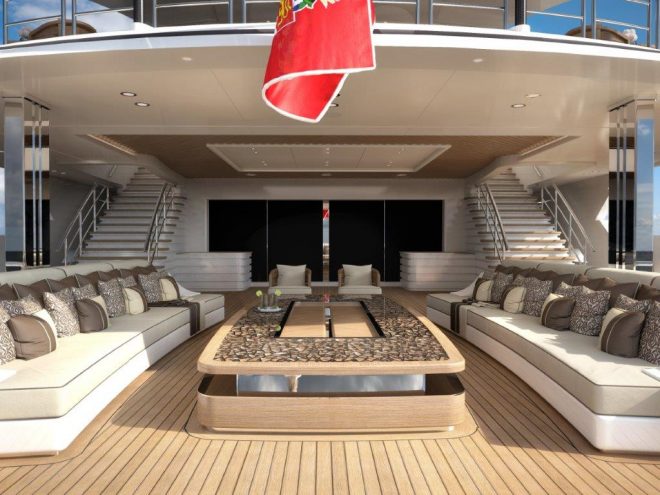 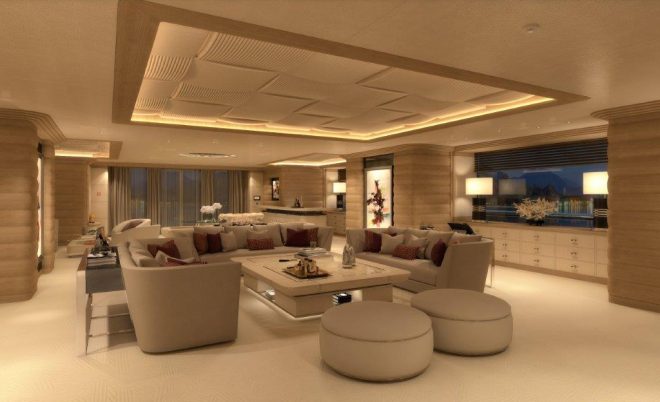 “I am absolutely satisfied with the work done by Benetti and Imperial together,” said the owner. “Lana represents a statement of building excellence. Every technical feature, every aesthetic element, every single detail was executed to perfection. I am glad we all made this way to prove a new level of Italian shipbuilding industry.”

Testing and commissioning of complex equipment was carried out in Livorno by Benetti technicians under the remote supervision and direction of the equipment’s manufacturers based in England, Norway and Sweden. 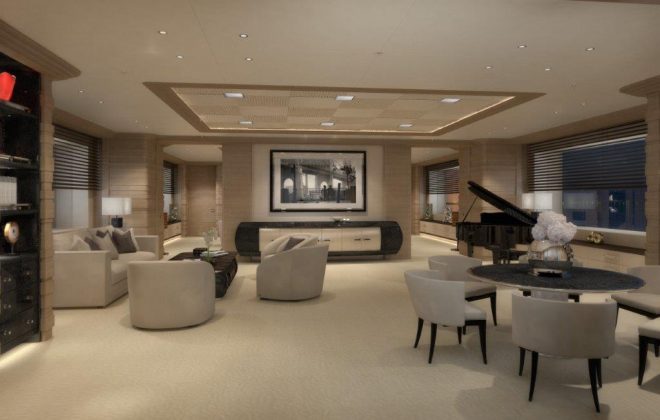 Features include a grand piano in the wheelhouse-deck saloon (above) and a full spa with hammam (below), gym and massage room 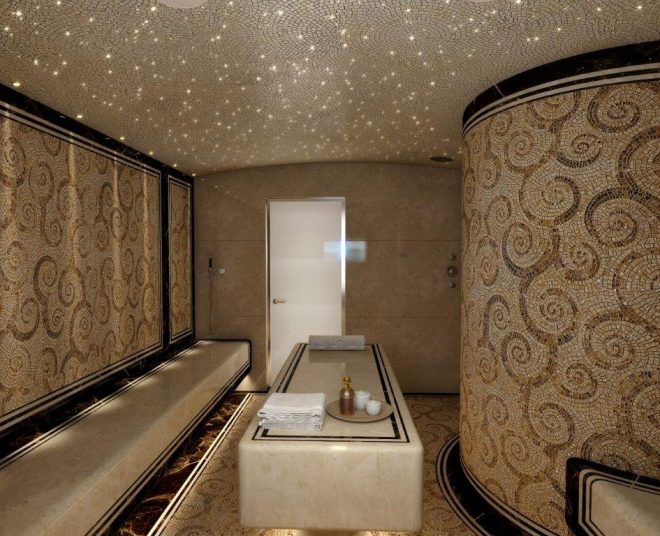 Paolo Vitelli, Benetti’s President, said: “We are proud to have delivered another gigayacht. Lana is an example of excellence: outstanding quality, unique style and an icon of Made in Italy. A particular thanks to the owner who trusted Benetti for this creation. We are happy to have met all his expectations.”