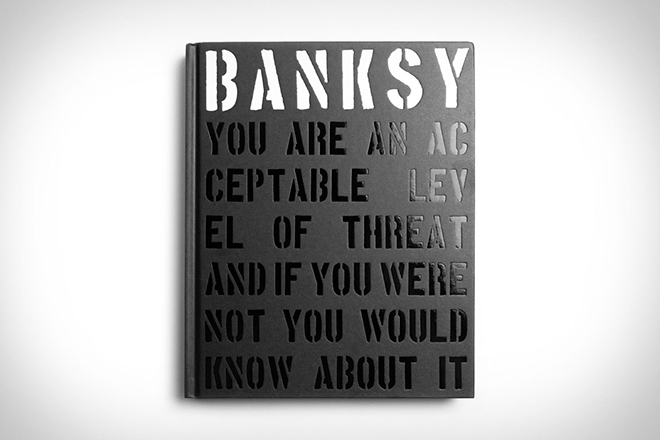 Featuring a massive collection of photographic work, Banksy’s latest book, ‘You Are An Acceptable Level of Threat and if You Were Not You Would Know About It’, highlights the England-based street artist, vandal, political activist, and film director’s most iconic masterpieces. Revered for his satirical street art and subversive epigrams which combine dark humour with graffiti executed in a distinctive stencilling technique, the book showcases art from as early as the beginning of his career in the late 1990s. 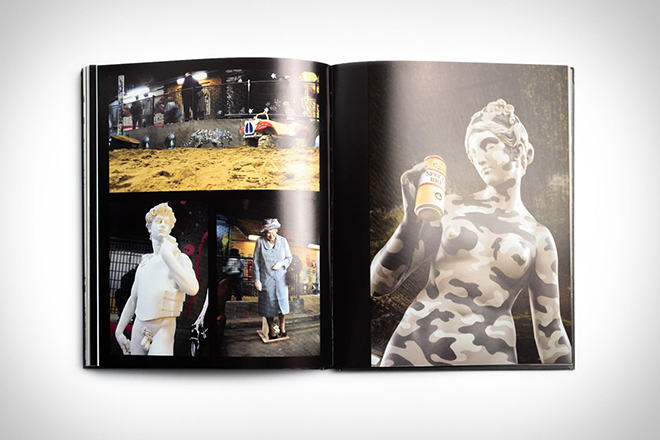 With the help of in-depth descriptions, Banksy welcomes readers into his ingenious mind, presenting the context behind each iconic end-product. Measuring eight by ten inches, the book, worth USD$27 on Amazon, includes images portraying his monumental Dismaland show, paintings and mixed-media sculptures from The Walled Off Hotel, Basquiat-inspired artworks on the walls of the Barbican, as well as new works from Gaza and New York. 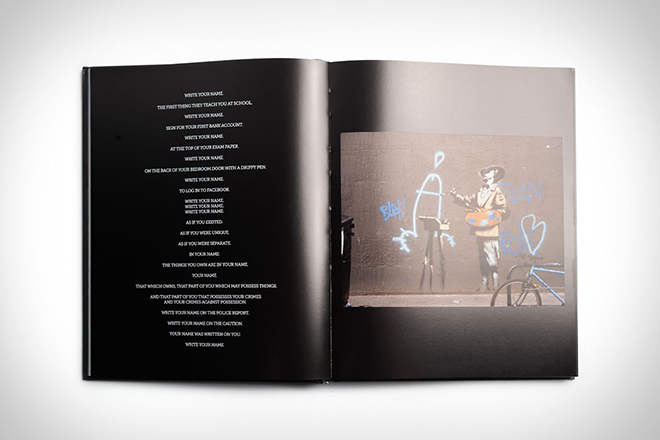 Going further, Banksy has reportedly donated his “Mediterranean sea view 2017” triptych to Sotheby’s, to be sold at auction to help raise funds for the Children’s Hospital and Stroke Unit. Set to showcase in Sotheby’s cross-category evening auction on July 28, the politically-charged artwork, crafted in direct response to the 2010 European migrant crisis, is expected to raise up to an estimated $1.5 million USD. 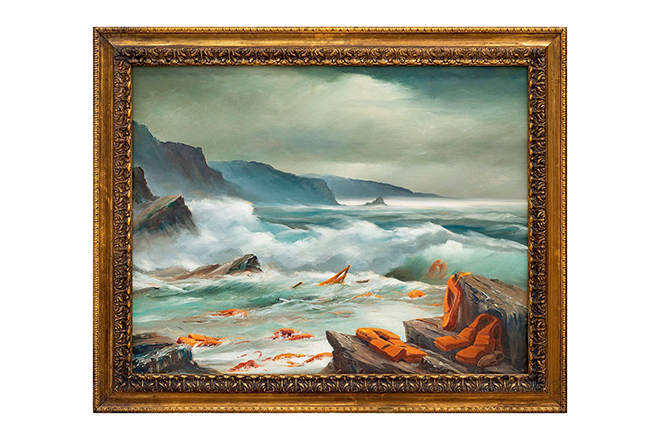 The painting which depicts 19th century-style seascapes, and a slew of abandoned lifejackets, alludes to the risks of migration and the tragically avoidable deaths of thousands of migrants who have attempted to cross the Mediterranean Sea.

Pledging all proceeds to the construction of a new acute stroke unit and to the purchase of updated children’s rehabilitation equipment for the BASR hospital in Bethlehem, Banksy’s “Mediterranean sea view 2017” was available for public viewing up till 27th July, 3pm via the official Sotheby’s website, under the “Rembrandt to Richter” cross-category evening sale, alongside one of the last self-portraits by Rembrandt left in private hands, Gerhard Richter’s luminescent ‘Clouds’, rediscovered works by Peter Rubens and Frans Hals, and an collection of early 20th century avant-garde works, led by Fernand Léger and Pablo Picasso.