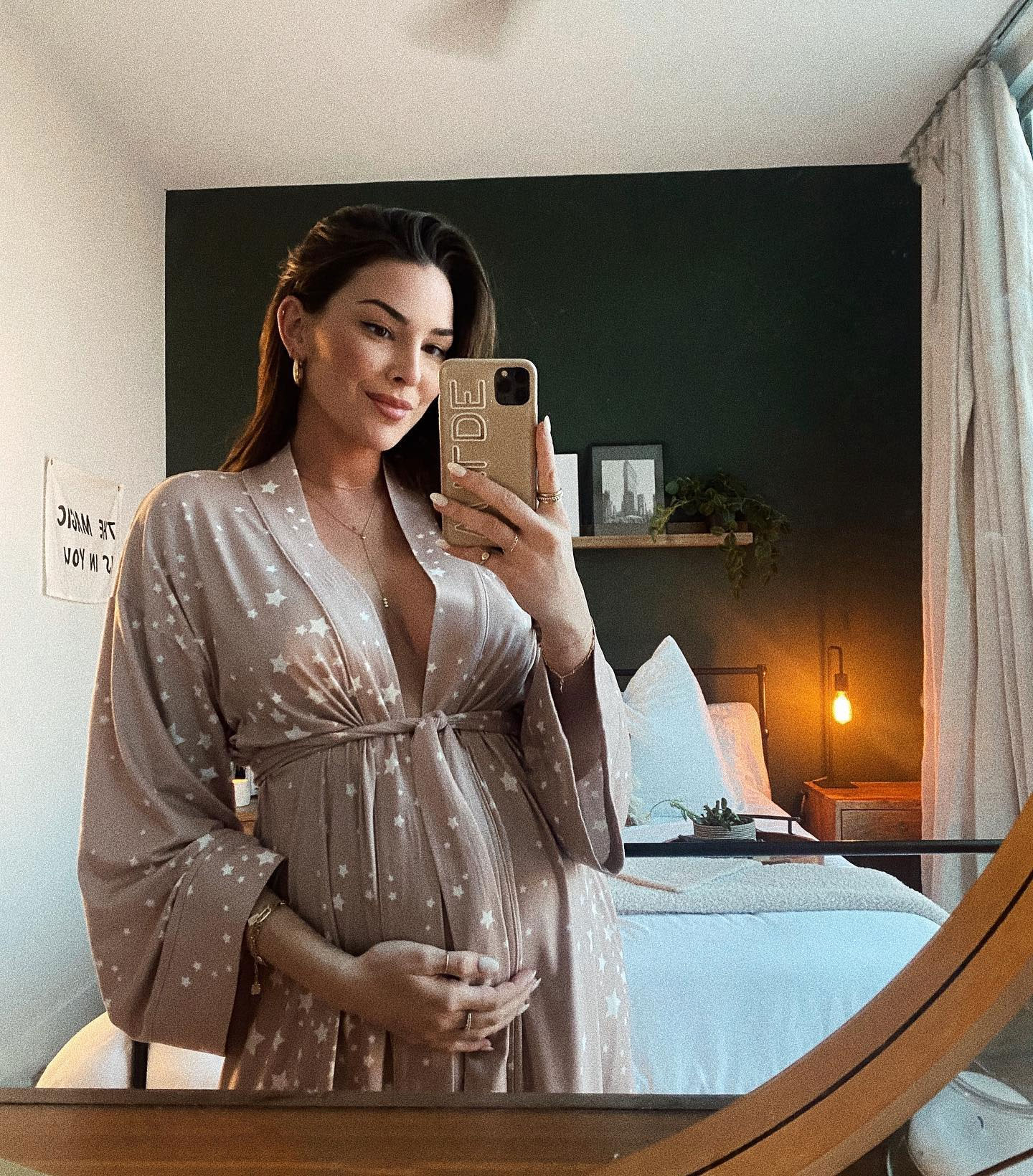 These ‘Bachelor’ and ‘Bachelorette’ Babies Will Melt Your Heart

,” the reality star announced via Instagram on Friday, April 8, revealing that her son was 8 pounds, 10 ounces “of pure heaven” at birth. “We couldn’t be more in love with him,” Saviano added.

The Bachelor alum, 32, debuted her baby bump — and her boyfriend, Landon Ricker — in January. “Surpriseee!” the Florida native captioned an Instagram video at the time. “We can’t wait to meet you, little B.”

The social media upload came one week after the former reality star shared a quote about “leaning on [her] intuition, reading, “You can’t f–k up what’s meant for you. So loosen the grip. Listen to your intuition and trust that you’re being guided. It’s all unfolding exactly the way it’s supposed to be.”

The then-expectant star continued documenting her baby bump progress via Instagram, including a mirror selfie in January. Saviano also gave a glimpse of her family and friends’ reactions to her news that same month.

“I giggle and tear up watching these back,” the former ABC personality told her followers at the time.

Saviano competed for Ben Higgins’ heart in 2016 on season 20 of the ABC show, returning to reality TV for seasons 3 and 6 of Bachelor in Paradise.

While the Flagler College grad connected with season 21 Bachelor Nick Viall on the beach the first time around, the “Viall Files” podcast cohost, 41, ended their romance during the finale.

“I wanted to say I was in love with you, but something in my heart just said I can’t,” the Bachelorette alum told Saviano at the time. “Sometimes you wish you could tell your heart what to do, and if I could, I would tell it to choose you. I just feel like something’s telling me to say goodbye. I’m sorry. My biggest fear is that I’m going to regret it.”

During an episode of After Paradise the following year, Saviano said that she had “moved on” and was “doing good.”

It is unclear when the Miss Lifestyler creator began dating Ricker, but he first posted pictures with Saviano in January. “This morning, with her, having coffee,” the then-dad-to-be captioned an Instagram photo of Polaroids.

“Ah b,” Saviano commented at the time. “Don’t forget the bacon.”