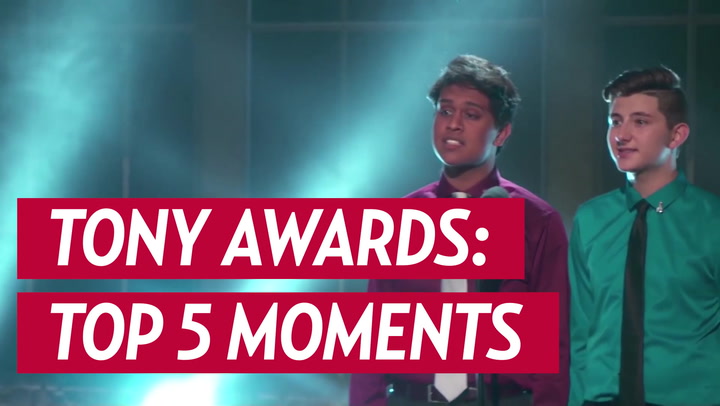 Their song of purple summer! Upon Spring Awakening’s Broadway debut, it catapulted stars Lea Michele, Jonathan Groff and Skylar Astin to fame — and created an original musical that inspired a generation.

“I’ve known since day one of working on Spring Awakening — back in 1999 — that it was special,” the Scream Queens alum told Playbill in July 2015. “I think that the idea of using this piece that was written in 1890 and was banned for years and piecing it with Duncan Sheik’s amazing music and Michael’s fabulous directing was special. Every little piece just fit into place … everything just flowed.”

The coming-of-age rock musical was initially inspired by Frank Wedekind’s 1981 play of the same name. Nearly a decade later, Duncan Sheik and Steven Sater came together to pen the music, book and lyrics. The show, set in 19th century Germany, follows a group of teenagers as they discover their sexuality. Michele and Groff, who became close friends during the Broadway run, played leads Wendla Bergmann and Melchior Gabor, respectively.

Spring Awakening was eventually revived in 2015 by Deaf West Theatre and director Michael Arden, casting hearing and deaf actors in the principal roles and integrating American Sign Language (ASL) into the choreography.

“I think the show tells a slightly different story, which makes it so special,” revival actor Alex Wyse told BroadwayWorld of the reimagined production. “We are using the same text, yet it is different. It is difficult to articulate that distinction, it just feels new. The focus of our production is a lack of communication … this concept existed in the original, but I do not feel it was as bold as in the current one. This is something that, unfortunately, Deaf people struggle quite a bit within the hearing world. With this in mind, we were able to build a totally new show.”

Nearly 15 years after Spring Awakening first debuted on the Great White Way in December 2006, the original cast reunited for a special concert. Spring Awakening: Those You’ve Known was filmed for an HBO documentary, which premieres in May 2022.

“Lauren Pritchard, who played Ilse in Spring Awakening, called me [in] January 2021 and said, ‘We need to do a reunion concert. It’s been 15 years and our industry has been shut down for a year and a half, two years [due to the coronavirus pandemic]. Let’s raise money for the Actor’s Fund,’” Groff recalled during an April 2022 appearance on The Tonight Show Starring Jimmy Fallon. He also noted that the organization provided more than $24 million in aid to industry professionals who lost their jobs during Broadway’s shutdown.

The full original cast and band “came together and performed the show” in November 2021, which the Frozen voice actor called a “crazy” experience.

“It was so emotional, and it meant so much to all of us and to the audience as well,” Groff gushed to Jimmy Fallon. “And we had Radical Media come in and create this documentary … that’s about the reunion, but it’s also about the legacy of Spring Awakening and how it changed all of our lives and the way that theater can change people’s lives.”

Scroll below to see what the original Spring Awakening cast members have been up to since their Broadway tenure: