If you have not been to Melbourne, this municipality is incredibly picturesque with its distinctive architectures and whimsical street art, presenting an artistic canvas for its visitors as well as those living there.

From towering skyscrapers to quaint back alleys, the colourful urbane city is full of surprises. Melbourne’s enchanting historical buildings and even its secret laneways provide a captivating backdrop for instagrammers out there. 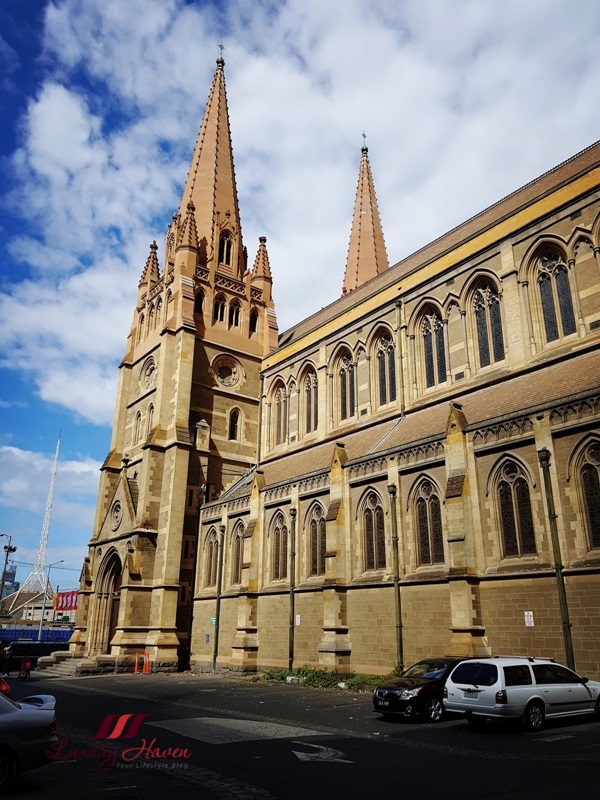 Join me as I take you around Melbourne to uncover Insta-Worthy Places in the capital city of Victoria. I found these 11 places most charming and visually aesthetic, and there will be lots of photo opportunities, so get your selfie stick and camera ready! 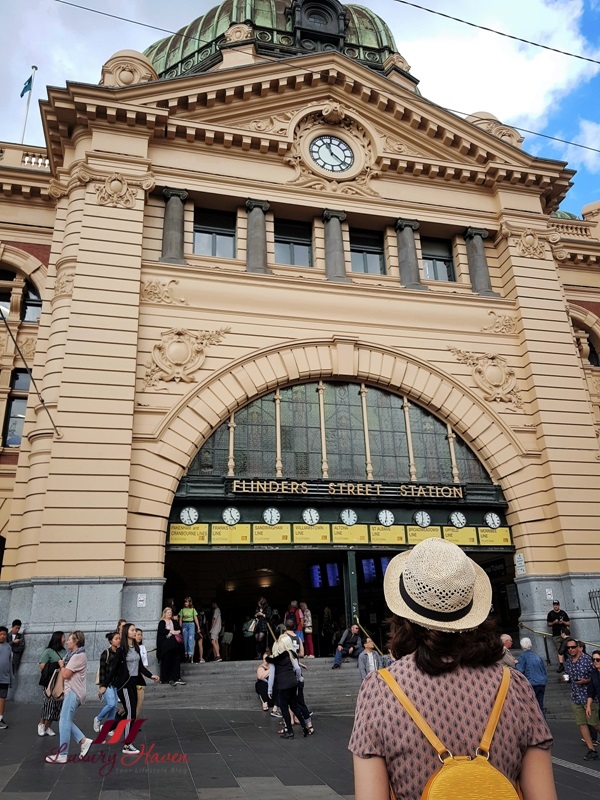 Flinders Street Station – corner of Flinders Street and Swanston Street, Melbourne
Flinders Street Station ( previously Melbourne Terminus ) was the first railway station built in any Australian city. You won’t miss this prominent landmark with its green copper dome. The metropolis festooned itself with ravishing Victorian structures, much of which still survive to this day. So if you are into centuries-old architectures, make sure you check out these magnificent buildings. The train station has a distinctive clock since 1860s and Melburnians use the location as a meeting point. So why don’t you meet me under the clock later? 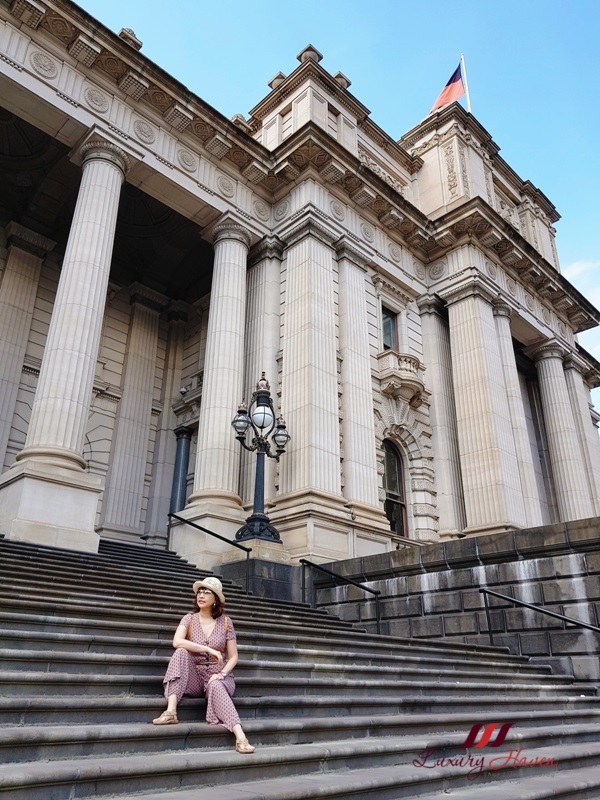 Parliament of Victoria – Spring Street, East Melbourne
A classic grand dame in Roman revival style, Victoria’s Parliament House is one of Australia’s oldest and most architecturally eye-catching landmark. Commissioned by the State government, Parliament House was a chance to exhibit the wealth Victoria had accumulated from its gold and wool exports. It is now the bicameral legislature of the Australian state of Victoria. 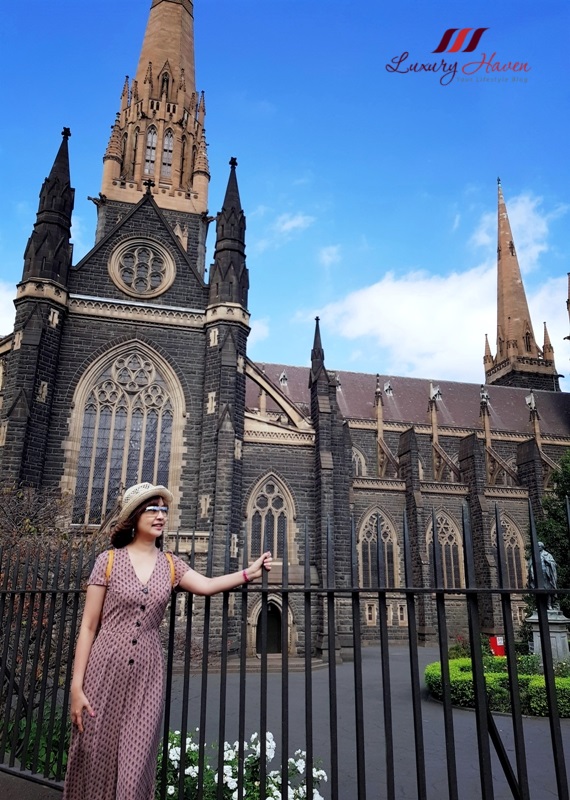 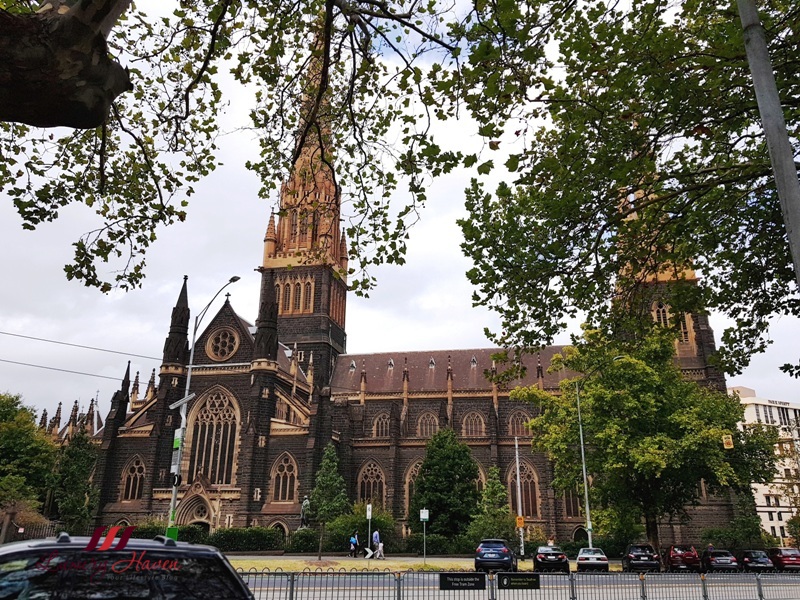 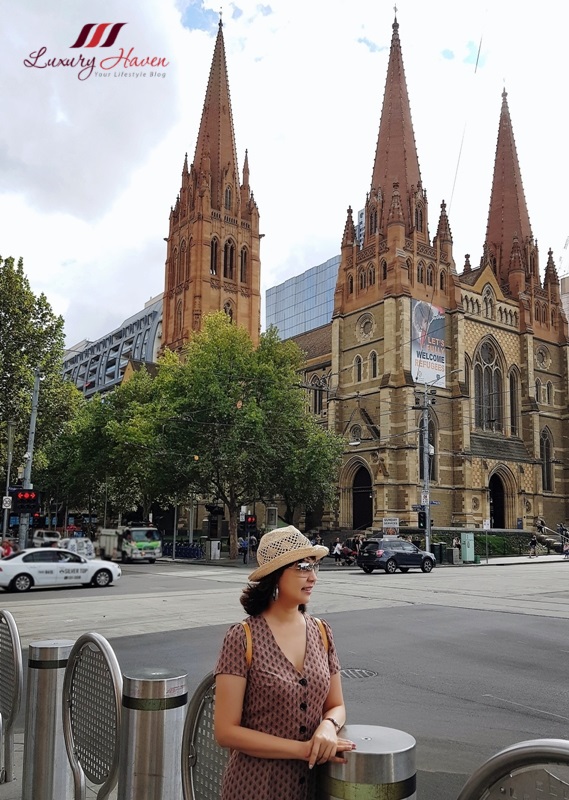 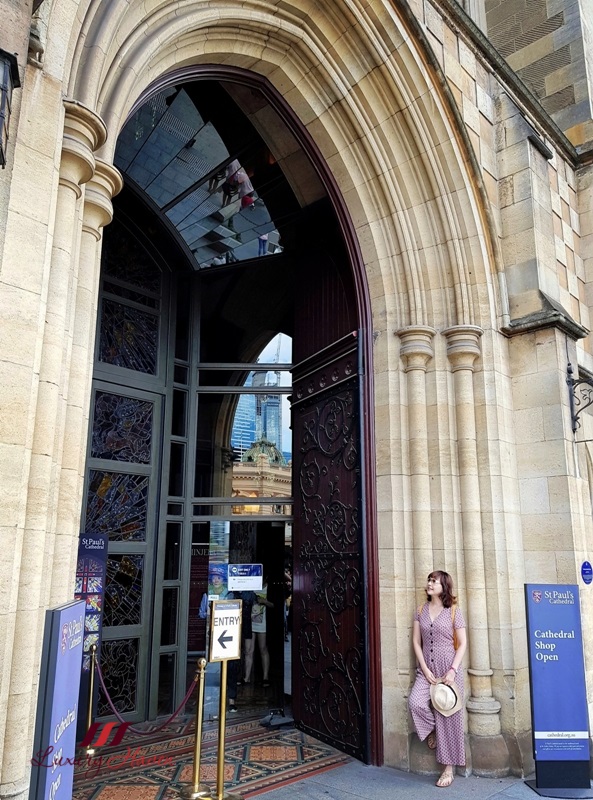 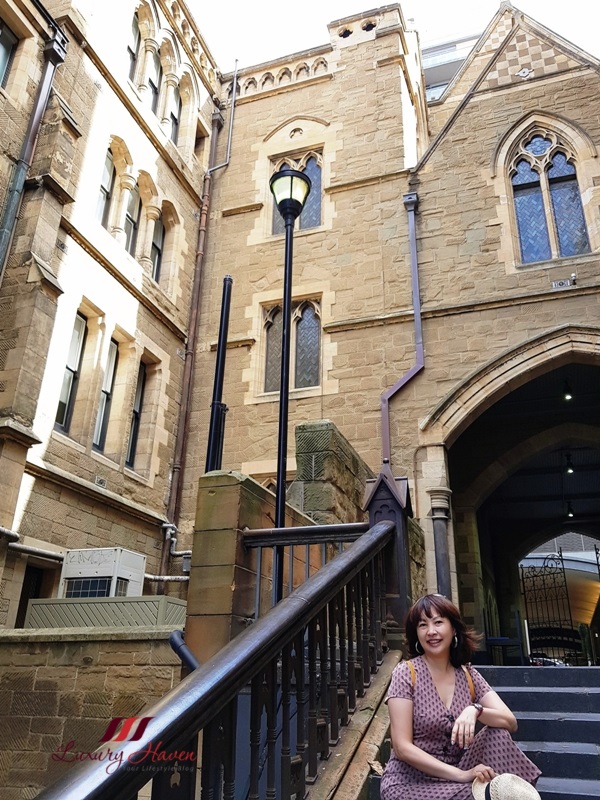 Saint Paul’s Cathedral – next to Federation Square and Flinders Street Station, Melbourne
Walk in the footsteps of royalty and political leaders on the Cathedral floor of this stunning Gothic transitional style architecture just across the Flinders Street Station. Explore around the cathedral, there is an epic angle at every corner of the building. 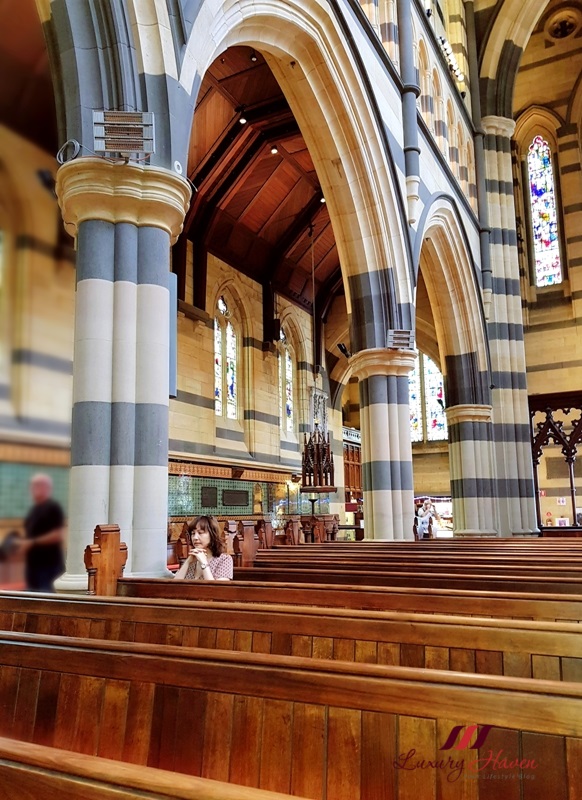 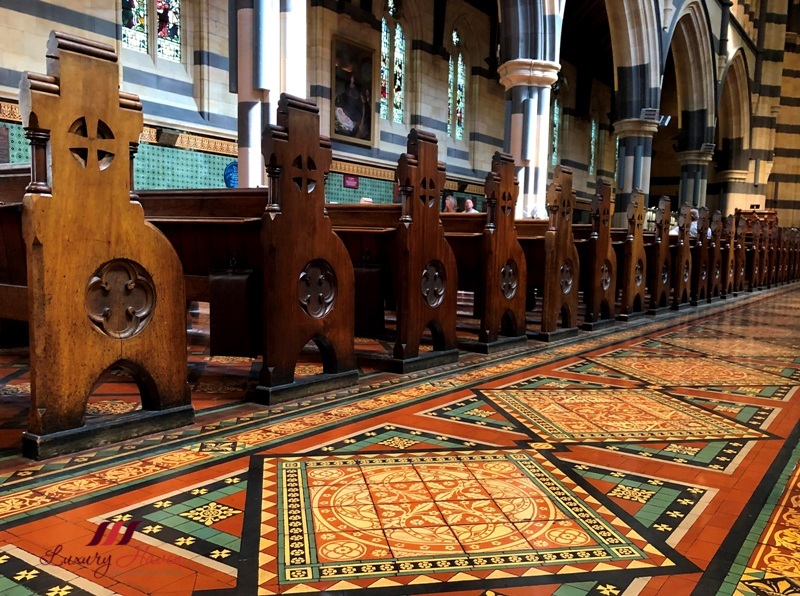 An Anglican cathedral built out of sandstone, the interior of St Paul’s Cathedral features opulent colours with gleaming Venetian glass mosaics. The floor is paved with beautifully patterned encaustic tiles, while the dado ( wall tiles ) are superb examples of High Victorian Gothic polychromy. Photography is not allowed although you can get a permit to do so for AUD 5 to capture its awe-inspiring interior. 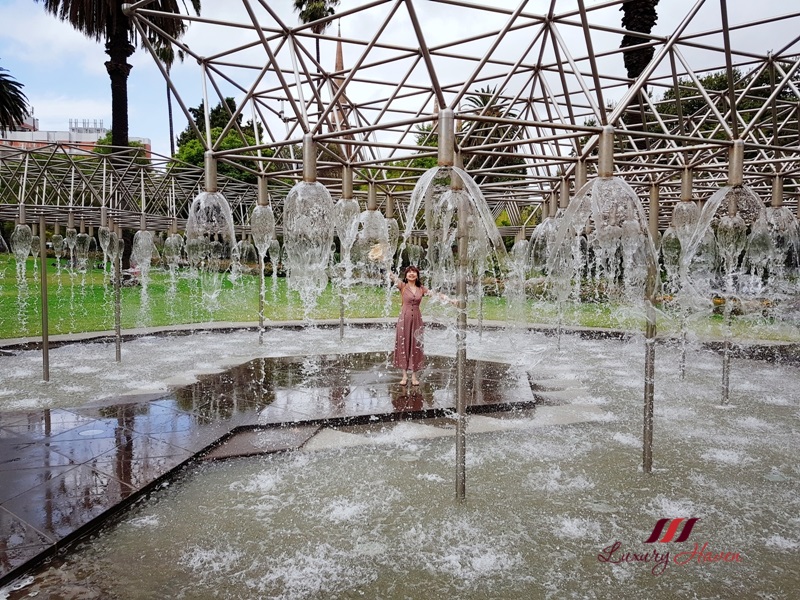 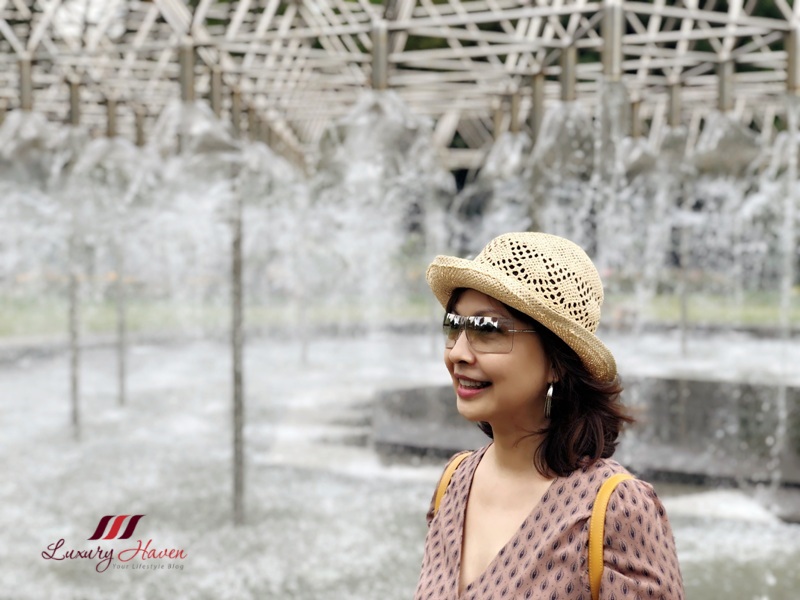 Coles Fountain – Albert Street, East Melbourne
Be surrounded by cascading water as you walk into Coles Fountain located inside Parliament Gardens in Melbourne. It was a fun playground for both adults and children, and I felt like a big kid playing in there. The alluring fountain with its dancing water in the gentle breeze offers a splendid backdrop for photo-taking. 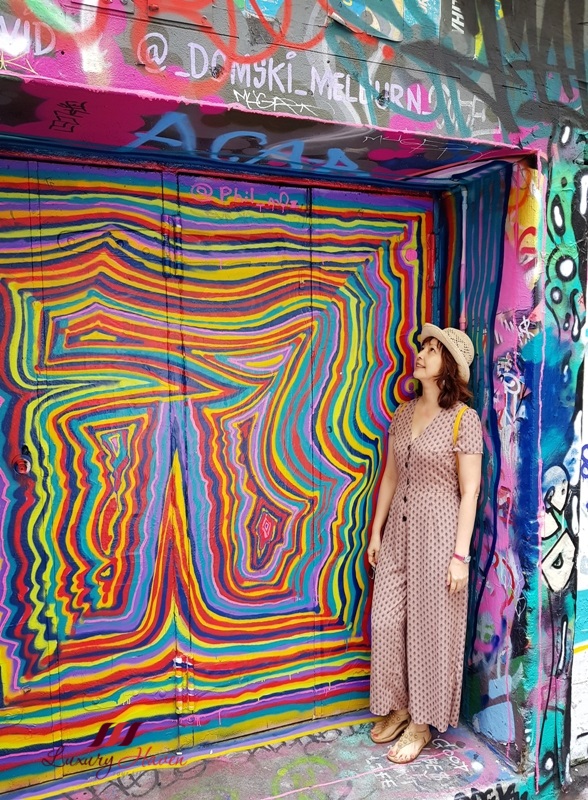 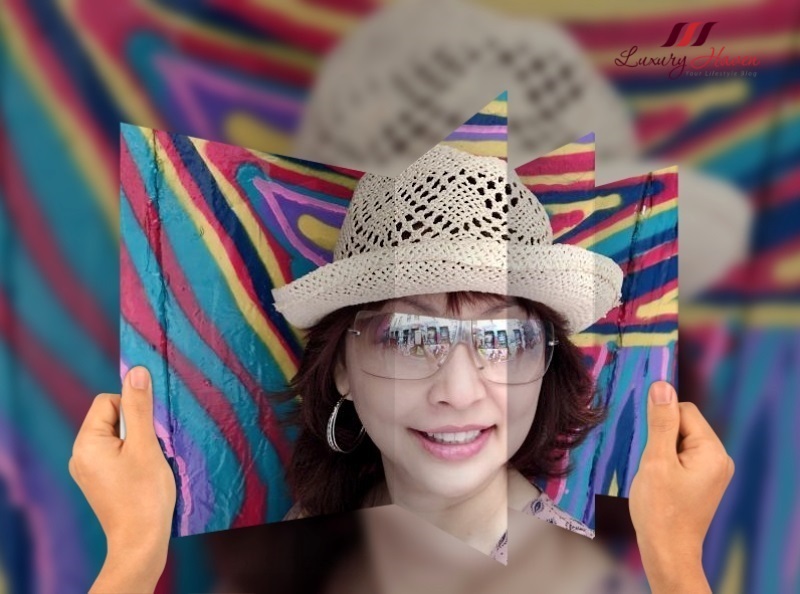 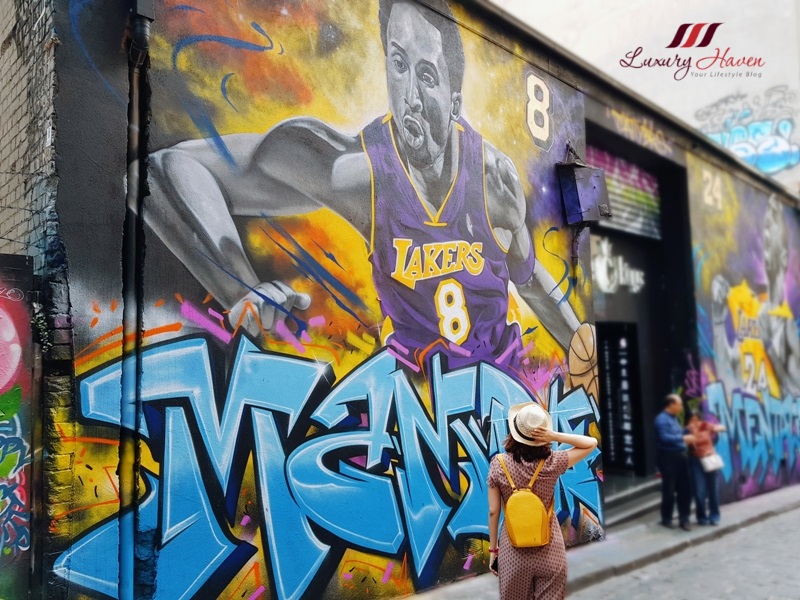 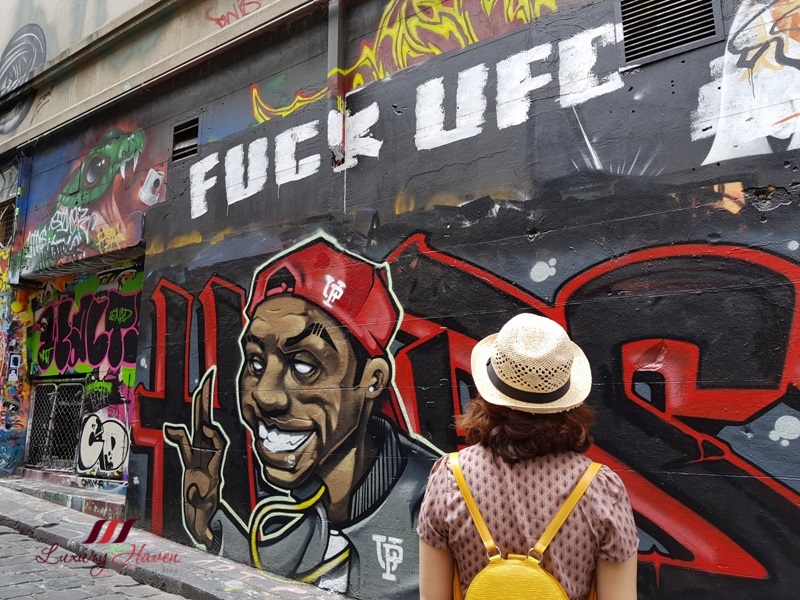 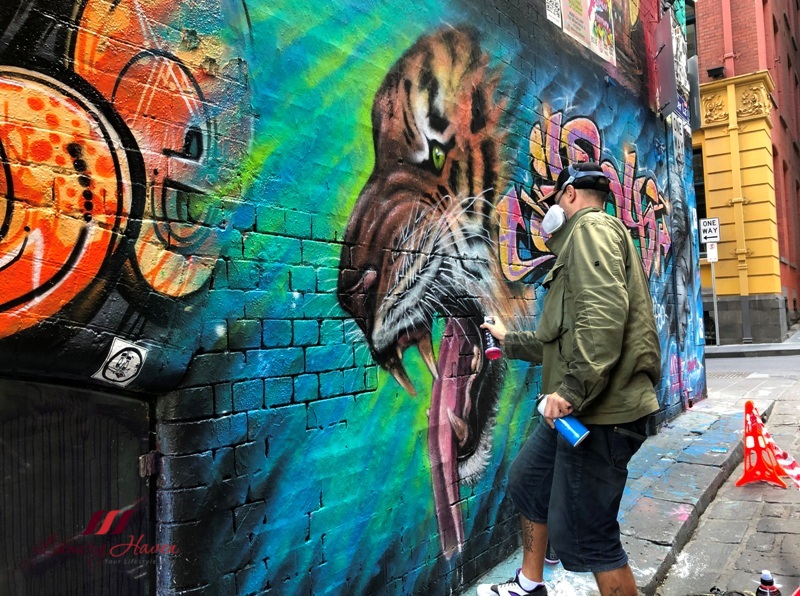 Known as the “Stencil Capital of the World”, Melbourne provides a centre stage for talented artists to display the controversial Street Art. The atmosphere in Hosier Lane is incredible, with stone pathways lined with stimulating wall murals and there is no better place to be, really. 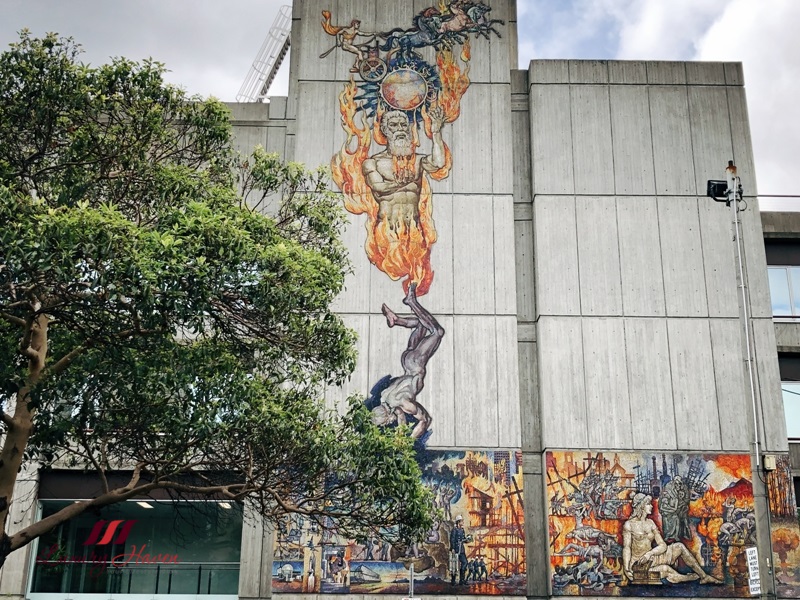 Melbourne Metropolitan Fire Brigade: Legend of Fire by Harold Freedman
Corner of Albert Street and Gisborne Street, East Melbourne
Dedicated to firemen, this gigantic mosaic mural covering the wall of the Melbourne Metropolitan Fire Brigade boasts over one million glass mosaic tiles. Completed in 1982, the ” The Legend of Fire ” mural in neo-classical style mural tells an epic story spanning centuries complete with ancient Greek gods, hence it took up about 5 stories of space. 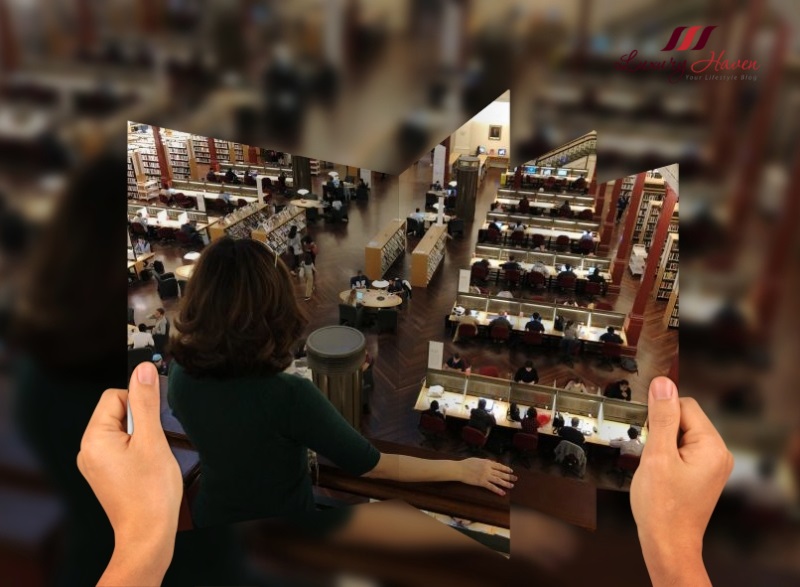 State Library Victoria – Swanston Street, Melbourne
A must-visit Melbourne icon, the public library established in 1854 is Australia’s oldest public library and one of the first free libraries in the world. As it was undergoing some renovation during our visit, it’s a pity we were not able to capture the facade. Make sure you check out the statuesque 19th-century building with its staggering heritage interiors. 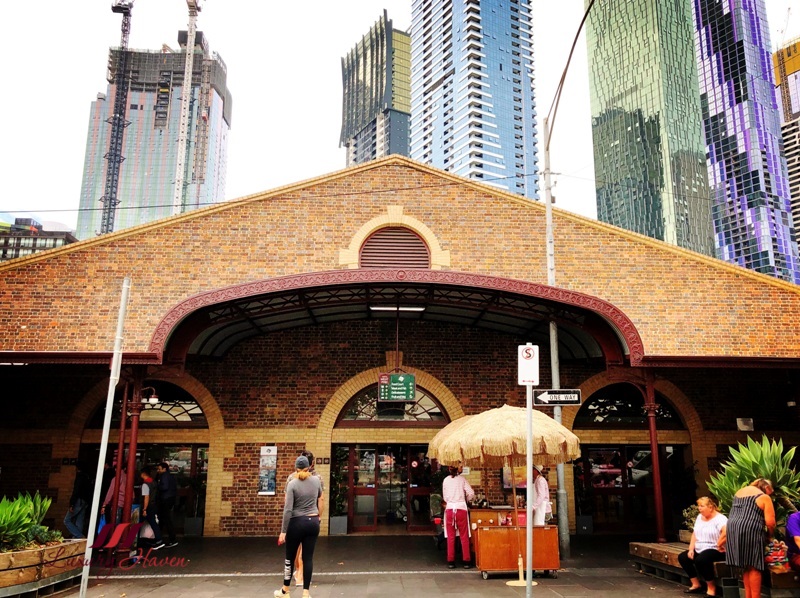 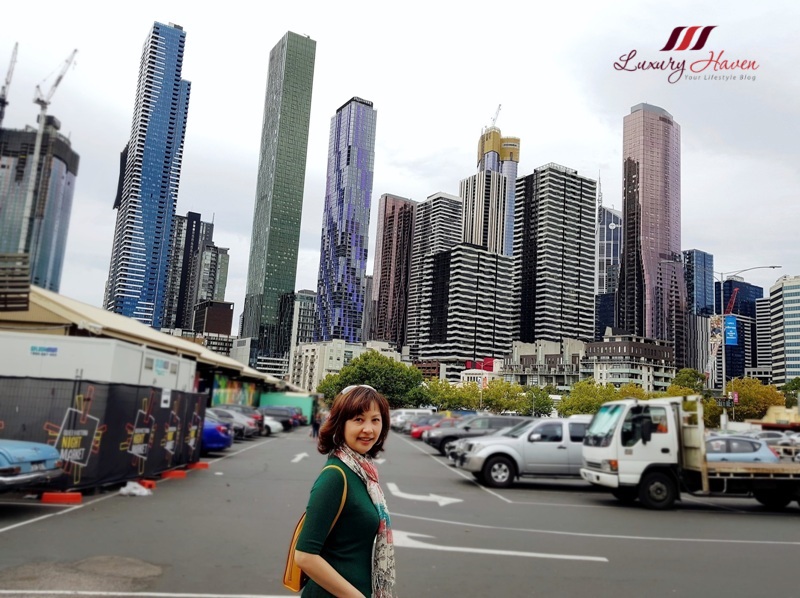 Queen Victoria Market – Corner of Elizabeth & Victoria Streets, Melbourne
With the kaleidoscopic display of visually stunning skyscrapers surrounding Queen Victoria Market, this historical tourist attraction is not just for your food and shopping. Be right back with my review! 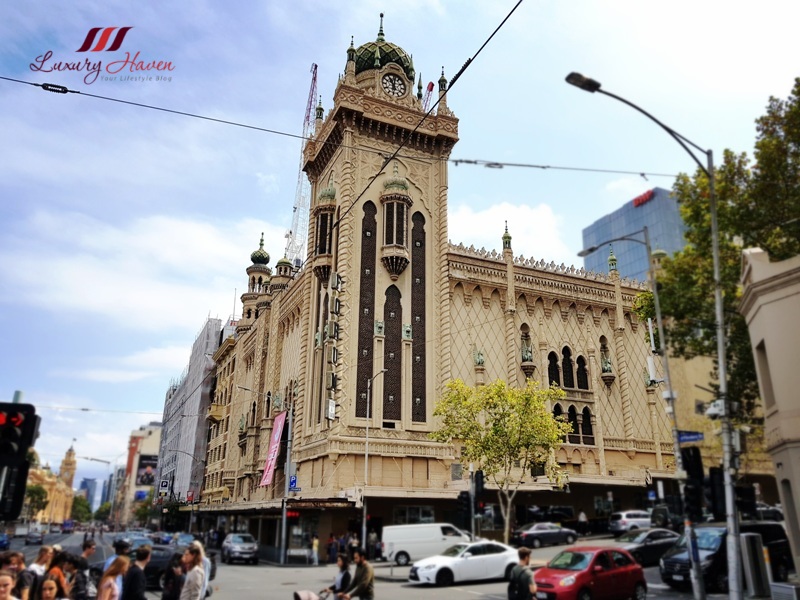 Forum Melbourne – Flinders Street, Melbourne
Formerly the State Theatre, the building is renowned as one of Melbourne’s most unique and best live music venues playing host to many bands, singers, comedians and popular festivals. 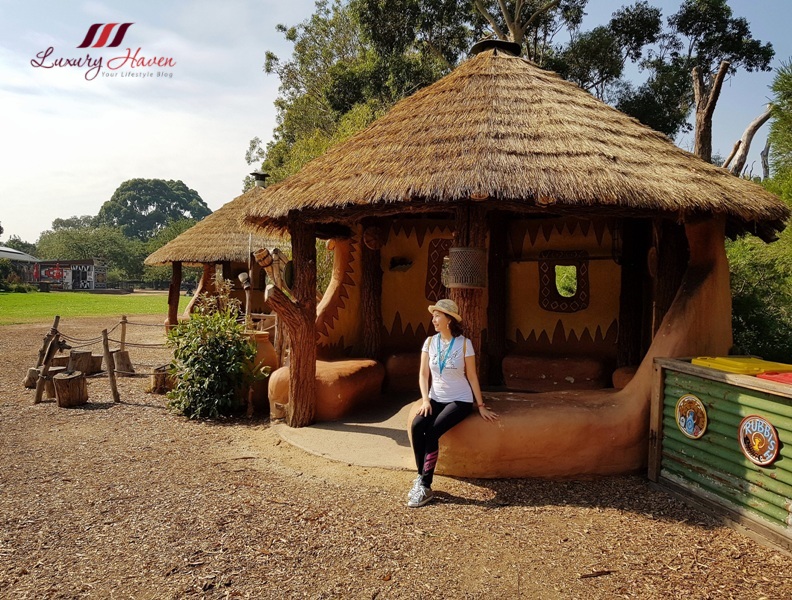 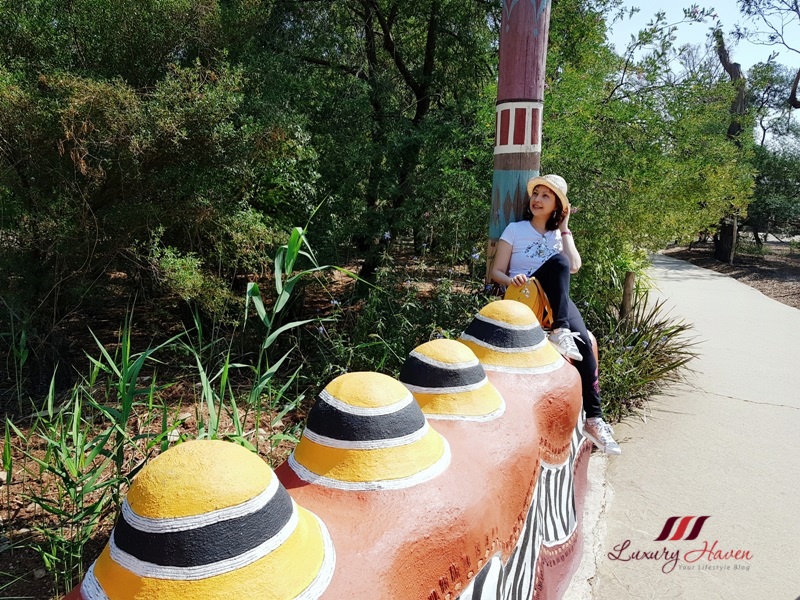 So what do you think of these instagrammable spots? Have you been to any of these places? Make sure you up your game the next time you Visit The Land Down Under. With plenty of eccentric street art, Victorian landmarks and quintessential buildings, Melbourne definitely has some charming spots to up your Instagram feed. See these beauties in person and frame those IG shots!

* This is a sponsored Media Trip by Visit Victoria. The author only recommends products or services she uses personally which she believes to be beneficial for her readers. Views and opinions expressed in this blog are purely by the author.